The New York City Subway is the metro system in New York City, New York. The underground trains of the metro were inaugurated in October 27, 1904. Some of its stations work 24/7, while others work until evening. The metro connects to the John F. Kennedy International Airport via AirTrain, which go from the terminals to the Jamaica and Howard Beach stations. This metro has 472 stations, divided into four boroughs: Queens, The Bronx, Manhattan, and Brooklyn. There are plans to expand some of its stations between 2027 and 2029. You can arrive within one hour from the airport to places such as Times Square or the Statue of Liberty. The metro rides can be paid with the MetroCard card.

New York City has a strong influence with its art, entertainment, technology, and business. It is the leading city in creativity and financial power in the world. The city is divided into five boroughs: Staten Island, Manhattan, Queens, The Bronx, and Brooklyn. It boasts from having the most number of languages spoken within a city in the world. New York City has a population of approximately 8 million people.

The city is famous for places such as Times Square and Broadway Theater. It holds three of the most visited places by tourists in the world. The United Nations offices are located here. Its metro, the New York City Subway, has some stations that work 24 hours a day, all week long.

New York City Subway is one of the oldest, busiest, largest and more complex rapid transit rail system in the United States and in the whole world. The harsh winter conditions in the late 19th century in New York City made people consider underground transportation as an easier means of travel. The New York City Subway's underground lines construction was planned in 1894, and began in 1900. On October 27, 1904, its first underground line was opened, the Interborough Rapid Transit Subway (IRT) 9th Avenue Line. Some years before, a section above ground level was built, inaugurated in July 3, 1868. The metro used to be privately owned by two companies, until the city's government bought it in 1940. It was managed by the New York City Transit Authority from 1953 until 1968, when the state took control of the metro and began managing it via the Metropolitan Transportation Authority (MTA.)

How to ride the New York City: Quick Video Guide

Safe time and money. All the info HERE!.

The metro has 472 stations. The lines and stations are divided into four boroughs: Manhattan, Queens, The Bronx, and Brooklyn. The lines in each borough are the following: 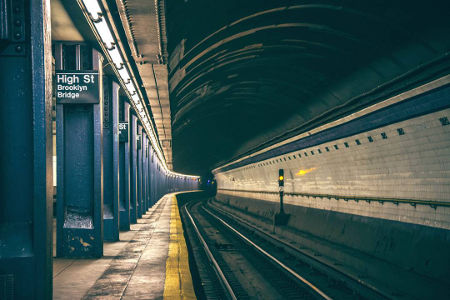 Because of its complexity and dynamism, Ney York City subway has its own nomenclature. Routes change because connections and services are created, opened or modified, because the time of the day and because of the system maintenance. In New York City Subway a line is a track or group of tracks. We can consider lines as the physical component of the system. Lines are designated by a name. Routes are the logical and dynamic compoment of the system and are built on top of the lines. Routes use lines to link terminals in the system. A route (also known as a service) is named by a letter or a number. Each route has a colour and a local or express designation. There are 24 train services in the subway system.

New York City Subway consists of 2 divisions, A Division (IRT) and B Division (BMT/IND).
A Division: 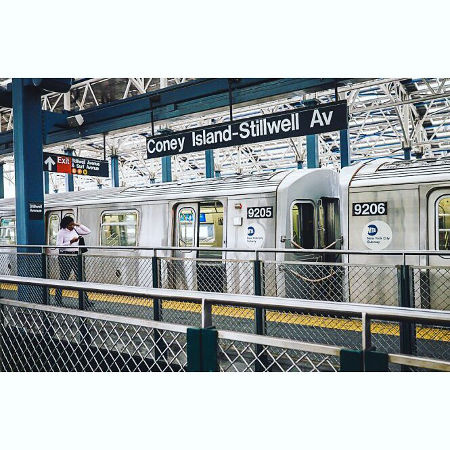 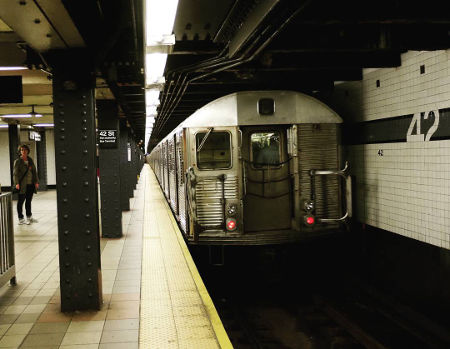 Schedule, timetables, and hour of operations

The New York City Subway has multiple schedule for over 24 routes. The weekday schedules for some of its routes are the following: 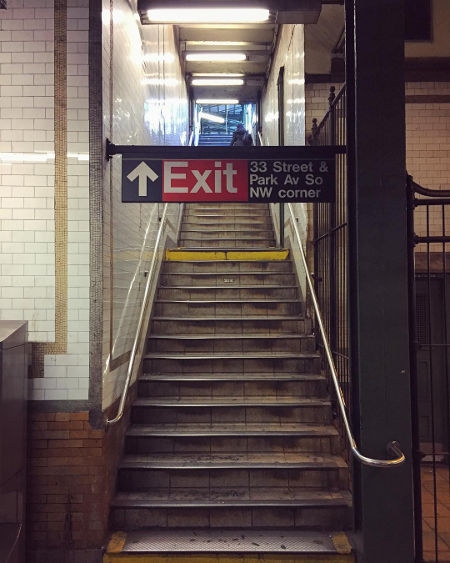 A ticket for using the metro or a regular bus costs $2.75. An express bus ticket costs $6.50. You can get a 50% discount if you are a senior citizen of 65 years and older, or if you are a disabled citizen. If an adult pays for a ticket, they can bring three children below 45 inches tall for free. Additionally, if an adult pays for a ticket for an express bus, they can bring children who are two years old or under for free, as long as the children sit down on the bus.

The main way of paying the rides in New York City Subway is with a card called the MetroCard. If you use the MetroCard, you could save money. There are different services for different types of MetroCard: 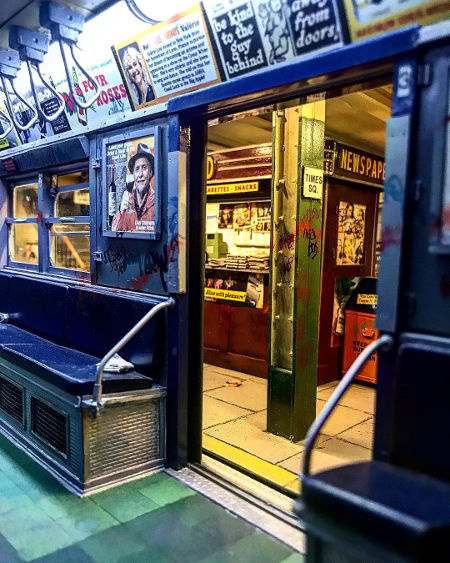 MetroCards can be bought at vending machines, booths at stations, buses, shops, or even from your employer if you live on New York City.

How to use the MetroCard in the metro:

How to check your MetroCard's balance:

1) At a booth reader: Look for a booth in the station. Swipe your card in the booth's reader, and the screen will display your balance left, your time left, and the expiration date on the card.

2) At a MetroCard machine: There are special machines specifically made to read the MetroCard's balance, which will be displayed once you insert the card in the machine.

3) At a turnstile: When you swipe your card on the machine to board the metro, the screen will display your available balance.

How to use MetroCard on the bus:

When you get inside a bus, insert your card with the black line facing you, and the card will pop-up once your fare is deducted from it. The screen will show the following information:

Places where you can use the MetroCard:

Rush hours occur between 7 am and 10 am, and between 5 pm and 8 pm. Avoid riding the metro on those times to avoid crowded trains.

Download a map on your smartphone and bookmark New York City Subway's website (http://www.mta.info) to plan your trip. The distances are long and there are many stations, so you could get lost if you do not plan your route.

You can use one MetroCard for many people, so you can share it with friends and family. However, the Unlimited Rides card takes 20 minutes to work between uses, while Pay-per-Ride cards can be used many times without waiting. Plan ahead if you want to invite family and/or friends to buy a Pay-per-Ride card.

This metro is the most crowded metro in the United States, with over 1.5 billion passengers per year. As high as that number may seem, New York City subway is the seventh busiest system in the world. Asian cities subways are even busiest: Tokyo, Seoul, Moscow, Beijing, Shanghai, and Guangzhou haver a higher annual ridership.

The metro's turnstiles started accepting tokens in 1953 and were eventually replaced by the MetroCard. However, you could still use tokens in the early 2000s, even though MetroCards were widely available.

If the metro is delayed and causes you to arrive late to work, the metro's managers will give you a letter to your employer to excuse your late arrival.

Grand Central Terminal, is the world's largest railway station by number of platforms.

Although it is known as "Subway" about forty percent circulaes by surface or elevated routes.

Art is present everywhere in the subway. There are permanent installations, artistic decoration and musicians.

During the 70s, muggings and graffiti were a common problem in the metro, but the issues were fixed in the 90s.

Some of the metro's stations have been reconstructed after they had been destroyed by the attacks of September 11 and Hurricane Sandy.

The metro's construction was difficult since it involved digging on the streets to make the tunnel and then rebuild the street. This caused traffic problems. Nowadays, the tunnels are made with a digging machine that works underground, without the need of destroying streets.

The metro has had multiple expansions, like the opening of the IND Sixth Avenue Line in 1940, and the 7 Subway Extension Line in 2015.

Follow these instructions to go to these touristic attractions from John F. Kennedy's International Airport-Terminal 1 using the metro: Map via web.mta.info
See map full resolution. It may take a little bit to load.