Bay Area Rapid Transit metro system (commonly known as BART) operates in three counties of California, which are Alameda, Contra Costa and San Francisco. This railway system connects the outer parts of San Francisco Bay to other cities within the specified area, such as Oakland, San Francisco and Berkeley.

The BART system consists of 46 different stations scattered across 180 kilometers span and is one of the five most used metro systems in the USA. Using BART along with other transportation means allows tourists and residents to move freely across the whole San Francisco Bay area.

Although the first line of the BART metro system started functioning in 1972 one can trace its history to the beginnings of the 20th century. A section of it was based on what was once known as the Key System, a railway system that was dismantled in 1958 due to the necessity for an even faster transportation system in the post-war era which brought a strong immigration wave.

The idea of a metro system for the San Francisco Bay area started with the creation of Bay Area Rapid Transit District. This entity would be the one in charge of the project and would originally include the counties of Alameda, Contra Costa, San Francisco, San Mateo and Marin but San Mateo county desisted on being part of the project, forcing Marin County to do the same.

One of the principal needs was to connect Oakland to San Francisco in order to clear the congestion made in Bay Bridge. For this reason, the solution would become a complex but efficient engineering project that would include an underwater tunnel that would be used exclusively by the metro system. This tunnel is known in the present day as the Transbay Tube.

The construction of the BART project started in 1964, opening the first line between MacArthur and Fremont in 1972. Later on it was expanded in different stages until it reached Pittsburg in 1996, Dublin/Pleasanton in 1997, San Francisco’s international airport in 2003 and Oakland’s international airport in 2014. This railway system is still in a state of constant expansion and one of the biggest projects currently underway is an extension of the metro system to Silicon Valley. 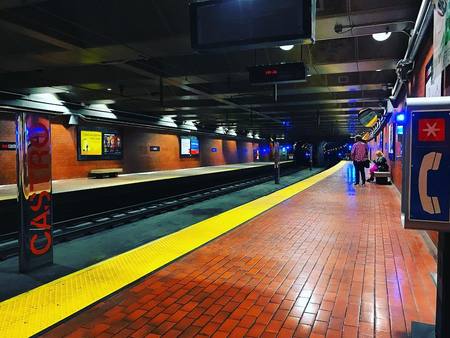 BART’s system consists of the five main lines that are connected between them plus a separated one complimenting the system. Although each one of them can be identified by its name and color, the people usually refer to them by using the name of the route to each terminal or stations at the end of each line.

As a whole, BART has a 180 kilometers length, 45 km of which go underground while 32 km runs on elevated platforms. Of the 46 stations 16 can be found on the surface, 14 on elevated platforms and 15 underground. Four of the six metro lines change terminals at a specified hour so as to offer an available transport system at each and every station during the whole schedule.

Commonly known as the East Bay or Land Line, this one was the first to start operating and is the only main line that does not pass by the San Francisco Bay Area. Its 19 stations are located in the Contra Costa and Alameda counties, connecting the cities of Richmond, El Cerrito, Berkeley, Oakland, San Leandro, Hay Ward, Union City and Fremont. This line ends in the Fremont terminal on weekdays before 6:00pm and on Warm Springs/South Fremont after 6 and on weekends. 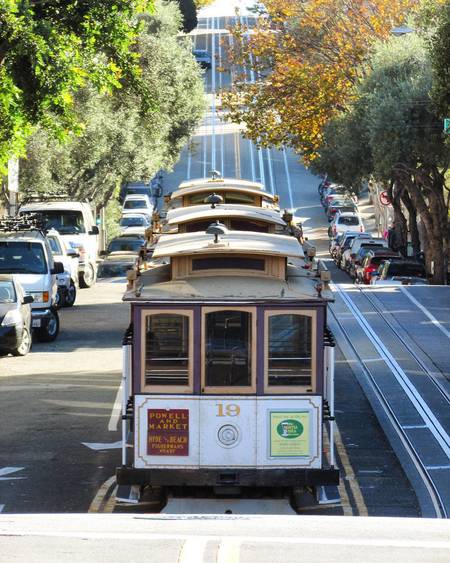 This line goes from South Fremont and ends up at Daly City, passing through the Alameda, San Francisco and San Mateo counties. Its 20 stations connect the cities of Fremon, Union City, Hayward, San Leandro, Oakland, San Francisco and Daly City. Something different from the other lines is that this one only works until 7:00pm and is not open to the public on Sundays. It finishes from Monday to Friday at Warm Springs/South Freemont while on Saturdays it ends up at Fremont. 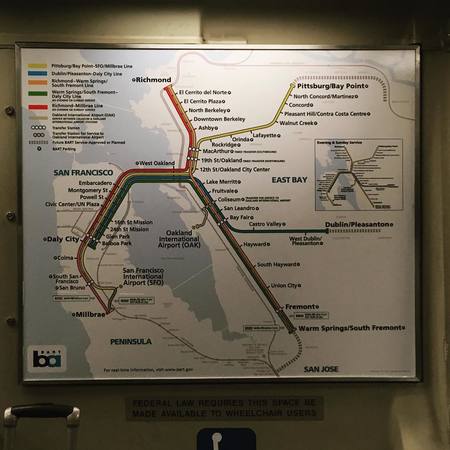 This one is the newest of the five principal lines of the BART metro system. It goes from Dublin/Pleasanton to Daly City, passing through the Alameda, San Francisco and San Mateo counties. Its 18 stations are connected to the following cities: Dublin, Pleasanton, Castro Valley, San Leandro, Oakland, San Francisco and Daly City. 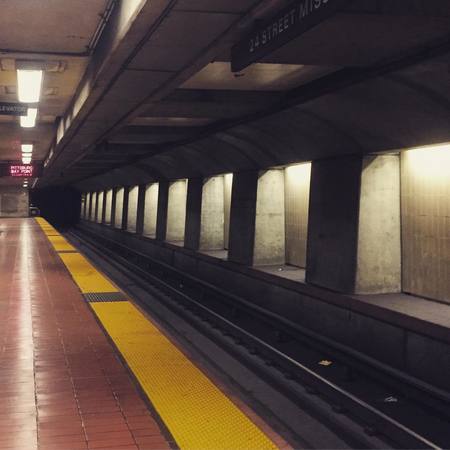 The cost of the tickets in BART metro system depends on the distance traveled. They don’t offer single day tickets or unlimited passes of any kind. Besides the distance travelled, the system may also charge an extra fee for any ride that passes through the Transbay Tube (an underwater tunnel that goes below San Francisco and Oakland), that goes to the airports on Oakland or San Francisco or that may traverse San Mateo county. Considering this, the tickets may cost between US$2 to US$16. On BART’s official webpage one can find the pricing charts with the special tariff that one may undertake in every station.

The payment for each run is done through a ticket that works as a debit card where one may buy and charge it on machines available in every station of the metro system. One must use the ticket when one goes either in or out of every station. When one goes out the total travel expenses will be charged on the ticket’s account.

The BART metro system does not offer any unlimited pass or special packages. The only available discounts are from buying tickets in large quantities: a ticket of US$48 by paying US$45 and getting one of US$64 by paying US$60. There are special tickets for children, students and elderly people. 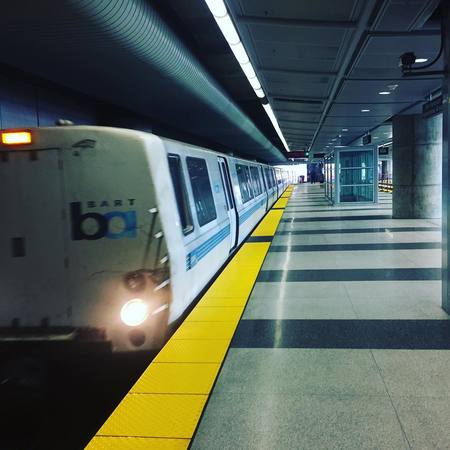 Many stations in BART have a parking lot but due to the high demand of its service it is difficult to use it, especially in San Francisco. The pricing and the available options depend of each station. In every parking lot one will find two sections: the “Fee” zone for those who pay a daily tariff and the “Permit” zone for those who bought a pass for a day, a month or a special pass when it comes to the stations connected to the airports.

Parking is free if you arrive after 3:00pm and go out before 4:00am. If not, one has to pay the tariff assigned from the station. 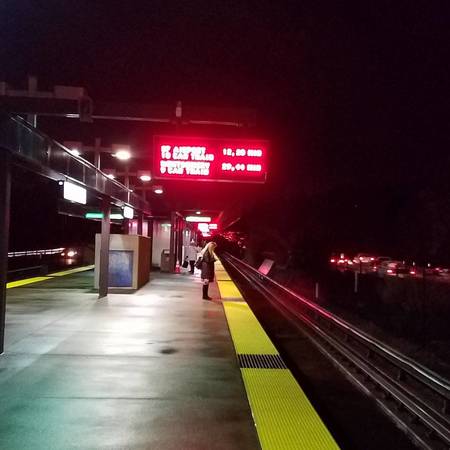 There are many big and small proposals for expanding the different lines and the complete system as a whole. Some of these are currently on consideration while others depend on the available funds. A proposal that has considerable support consists on expanding BART to Silicon Valley, which would connect the system to San José and Santa Clara.

This are some of the approved expansions:

The BART system offers its users a mean of transportation to two international airports:

The BART system is a good way to travel along the Bay area and visit the cities located within it.

San Francisco: This is undoubtedly the most attractive city at the Bay area and the BART system offer eight stations that are close to many tourist destinations.

Oakland: This city is well known for its beautiful landscapes and activities linked to the environment that surrounds it, to point out some of them one can visit the Redwood Regional Park, Lake Merritt or the city’s zoo.

Berkeley: One of the most popular tourist attraction in this city is the Regional Tilden Park, which offers a 64 kilometers trail where one can immerse into the nature and its beautiful landscape. One can also visit the city’s botanical garden and the Sather tower.