Pittsburgh’s light rail also known as The T covers 42.16 kilometers (26.19 miles) between two lines and 53 stations. This mode of transport is divided in two sections. The first one is the subway, which runs underground through the city’s downtown, while the second one, the light rail runs through the southern neighborhoods.

Its official inauguration took place in 1984 after the tram system that had been operating since 1903 suffered some modifications. Since opening to the public, The T has undergone a series of additions and adaptations. With a base rate of $2.50 USD, it runs uninterrupted from approximately 5:00 a.m. until shortly after 12:00 a.m.

Subways in the United States: Pittsburgh

Located on the northeast corner of the United States of America, Pittsburgh is one of the biggest cities in the state of Pennsylvania. The city is home to the Allegheny County’s administrative center and has a territorial extension of 151.1 square kilometers (93.8 square miles) and a population of 2,356,285 in the metro area.

Weather-wise, Pittsburgh has a subtropical climate and is known for its humidity. During the winter, temperatures range from 3°C to -7°C, while reaching as high as 30°C in the summer.

The Pittsburgh Light Rail covers 42.16 kilometers throughout the entire city and certain suburbs. It was inaugurated in 1984 when county officials decided to replace the old railway system, which had been operating since the beginning of the twentieth century.

Since opening, it has grown and evolved, becoming a system that is integrated by a subway and a light rail that compliments different routes around the city and its surroundings.

The Spanish company CAF produced its two-car bidirectional LRV trains, which were installed after the Port Authority of Allegheny County signed an agreement with the company in 2000 to renew the fleet.

The already mentioned Port Authority of Allegheny County, which is regulated by the county of Allegheny’s administration, is in charge of operating the system.

The system transports an average of 10 million passengers every year. 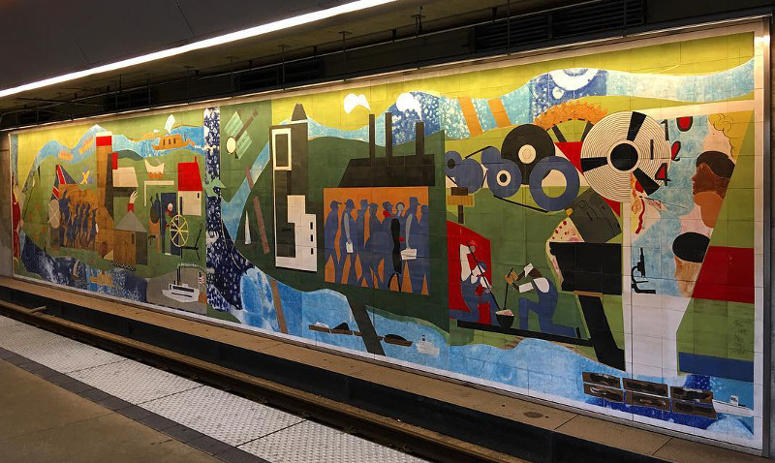 In 1903, Pittsburgh founded a railway system that ran through the city. This service was operated by Pittsburgh Railways, which was one of the most important and prestigious railway undertakings in North America. However, in 1960, the Port Authority of Allegheny County (PAT), a public company, took over and began to expanding and extending the routes.

That is how the subway route connected North Shore with the southern suburbs as well as several areas in South Hills. As the routes were extended, a new underground railway was inaugurated, one which covers the largest commuter flow in the city.

Since the state-owned company took over, the light rail also began to operate in conjunction with the bus system and the cable car that covers Allegheny County.

Not long ago, the Port Authority of Allegheny County radically changed the Pittsburgh light rail structure due to the merging of five different subway lines in order to unify them into only two lines, the red line and the blue line. In addition, the company completely modified the tariff scheme as they try to cut the losses.

Pittsburgh’s subway system only has two lines, both of which follow a north-to-south route. Some people consider it to be three lines, since a long-enough branch comes out from one of them to be considered a separate line. However, there are only two official lines, which are differentiated by color, red and blue.

This line starts at the South Hills Village station and travels all the way to Allegheny station. Most of the line operates underground with the exception of short sections, which are travel on the ground and above the ground. It covers the north-south path of the city but on the western side of Pittsburgh. A total of 32 stations make up this line, which is referred to by its color, red.

The blue line is shorter and even though its terminal stations are also Allegheny and South Hills Village, this line goes from downtown Pittsburgh to Washington Junction, where it splits into two branches. The first one ends at South Hills Village, while the other one runs all the way to Library. With a total of nineteen stations, the blue line also travel north-to-south but on the eastern side of the city. Known by its color, the blue line. 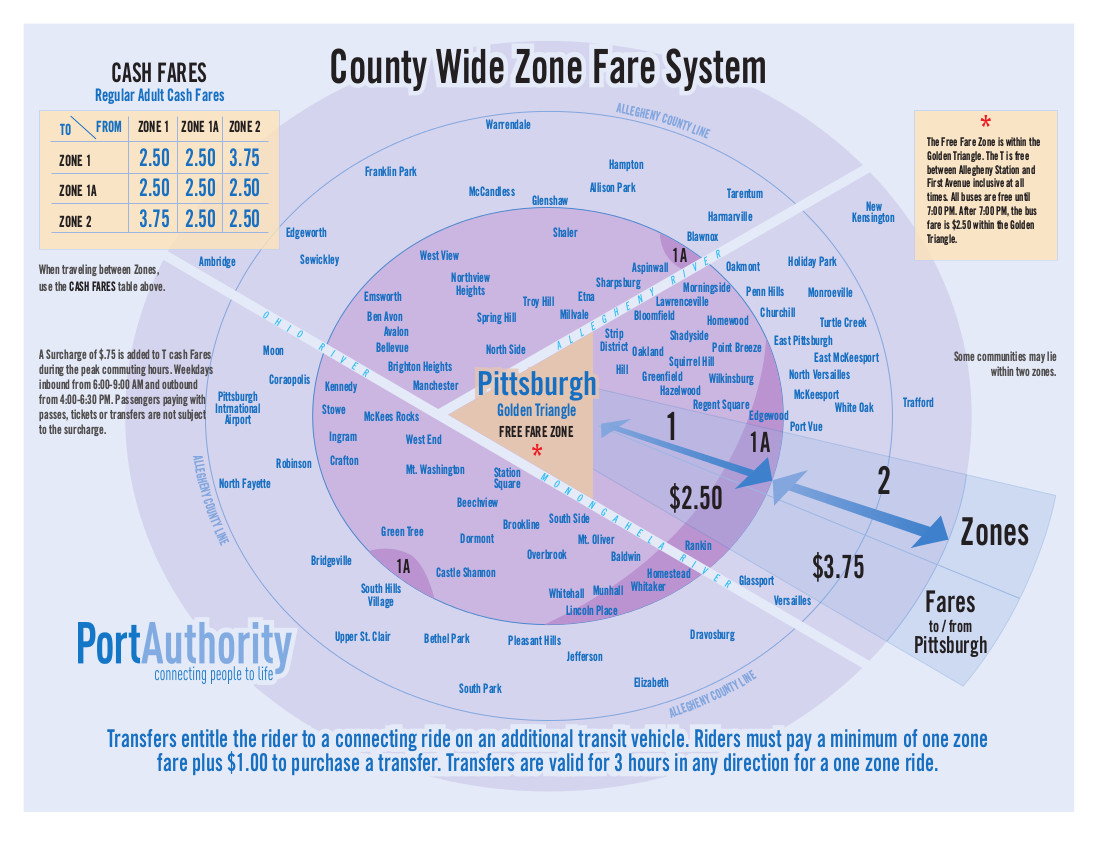 Connection with other transportation systems

The entire public transportation system in Pittsburgh is interconnected. The railway tracks are intertwined with bus lines, which serve the metro area and its surroundings. There is also a connection with the incline cable car system, one of the oldest services in the region. The incline cable car was built to take workers to the factories from the suburbs. Today it mainly serves as a tourist attraction.

All of the railway routes are complemented with the bus system even if some subway stations are underground, and others are on the ground or above ground. Most bus routes cover surrounding cities like Beaver, Butler and Westmoreland, while some run particularly in Pittsburgh, parallel to the light rail.

The bus system has a total of 93 different routes that transit inside Pittsburgh and 28 more assigned to different companies. Just like the railway system, the buses are also identified by the same two colors, red and blue. The red routes operate from Monday to Saturday with very limited schedules that are also off on holidays. The blue ones however, operate permanently.

The Pittsburgh International Airport is located about 30 kilometers west of the city in the suburbs of Findlay Township. This airfield is one of the most important civil and military terminals of Pennsylvania. Just like all of the transportation services in the Pittsburgh county, the airport is administrated by the Allegheny County’s Airport Security.

The airport offers 160 daily flights to 36 different destinations, which are operated by 12 airlines.

To arrive at the Pittsburgh International Airport, one must take the 28X Airport Flyer route by bus, which runs from the airport to downtown Pittsburgh stopping at every subway station on the way. 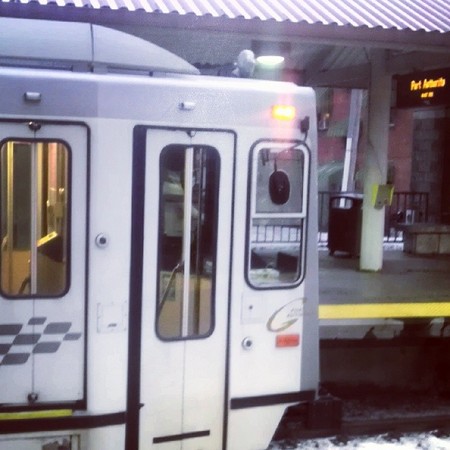 The Pittsburgh light rail system operates all through the day and evening from around 5:00 a.m. up until 12:00 a.m. However, it varies between both the red and blue lines, which oftentimes affects the hours of operation.

On the blue line, the first train departs towards Library at 5:30 a.m., while the last one arrives at 12:10 a.m. There is an approximate time of at least twelve and a half minutes between every train during peak times in the morning and evening. However, frequency slows down ranging from 20 to 33 minutes between trains at mid-morning, early afternoon and late night.

The Allegheny and South Hills Village also serve as the red line first and last stations. However, schedules differ from the blue line. Trains start departing South Hills Village towards Allegheny at 4:54 a.m., while the last train departs at 12:01 a.m. Train departure frequency is as low as four minutes until late afternoon, approximately between 3:00 p.m. and 4:00 p.m. Throughout the rest of the day, trains depart every 12 minutes. At late night, trains depart every 30 minutes.

Up until 2016, the Pittsburgh railway system had been using different tariff systems since its opening. On January 1, 2017, the Port Authority of Allegheny County made a major shift in order to try and cut losses.

Since then, fares have been substantially simplified. Even though traveling throughout downtown Pittsburgh used to be free, the company opted to reduce price zones to two and prioritize payments through the ConnectCard. In short, a single ticket inside the same price zone costs $2.75 USD, while the price increases to $3.75 USD for a zone 1 and zone 2 transfer. This is one of the highest urban tariff rates in the nation.

In addition, if the passenger needs to transfer lines, a new $2.75 USF must be paid, which is the reason light rail authority promotes the ConnectCard. With it, one can use the entire system for $2.50 USD and a $1.00 USD line transfer cost. The ConnectCard has a cost of $1.00 USD.

Reduced costs for the Pittsburgh subway system include free travel to children under six years of age and senior citizens over 65 years of age. This is not a common feature amongst public transportation systems in the United States. Also, handicapped users and Medicare health insurance holders pay $1.35 USD per ticket. With the ConnectCard, that price goes down to $1.25 per trip and $0.50 per line transfer. 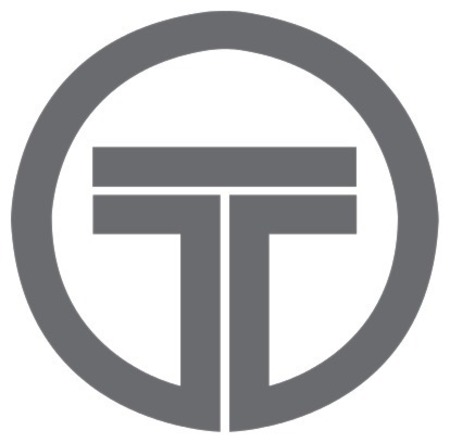 The Port Authority of Allegheny County has been working on developing a plan to improve transportation throughout the last decade. This has resulted in many changes to the railway system. From that restructuring idea, some extension projects are still pending and will be taking effect in the coming years. These consist on building new railways that will connect Pittsburgh with neighboring cities or extending the already existing ones.

Some that are already undergoing construction are a light rail main route will end at the Oakland neighborhood. There are also plans on building a new rail network that will inter-connect with the current lines running from downtown Pittsburgh to Arnold and the Allegheny Valley Railroad. There have also been talks about a new line that will go from downtown to Greensburg.

Among the public transportation services that the Port Authority of Allegheny County offers are the more than 60 parking lots that are distributed throughout the city. Most of them are located near every station and bus routes. They are free of charge as long as light rail or bus passengers are using them. There are a total of 14,000 spots, which represents a great transportation alternative for Pittsburgh residents. 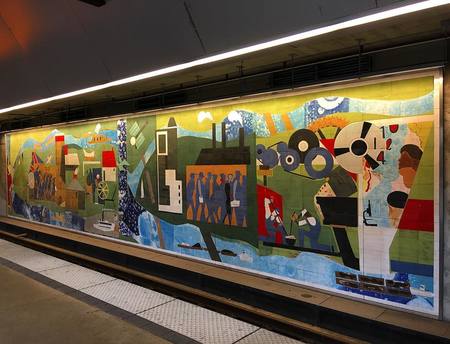 What to see from the Pittsburg light rail

This metropolis located in the state of Pennsylvania has always been known for being an industrial city and for the vast amount of modern structure and architecture. However, Pittsburgh also stands out for a number of other reasons. The city has invested a lot in spaces designed to promote culture like its art and science museums as well as theaters. In addition, there are a significant amount of garden areas and pedestrian streets for leisure and entertainment. Listed below are some of the main landmarks and most visited spots:

Map via www.portauthority.org
See map full resolution. It may take a little bit to load.