The St. Louis Metro, also known as MetroLink, is a light rail transportation system located in the state of Missouri. This railroad alternates between below ground and above ground stations. Its length of 74 kilometers (46 miles) is distributed across 2 lines with 37 stations.

St. Louis is a city in the state of Missouri in the United States. It has a population of 348,189 people living in an area of 171.3 square kilometers (106 miles). The city is located right along the Mississippi River, a distinctive border that separates the city from the state of Illinois. It was founded on February 15, 1764 under France’s rule.

This transportation system has two lines (the Red Line and Blue Line). The Red Line extends 61.1 kilometers (38 miles) and provides service to 28 stations. Its route begins at Lambert Street Louis International Airport station. The Blue Line, in turn, is 39 kilometers (24 miles) long. It includes 24 stations and its route begins at Shrewsbury station. Both lines connect at the Forest Park-DeBaliviere station.

Currently, there are 87 light rail vehicles consisting of 31 SD-400 series trains and 56 SD-460 series trains. Each one is 27 meters (.02 miles) long with 4 tall platform entry doors. These can hold a capacity of 72 seated passengers and 106 standing passengers.

Both lines are operated by the Bi-State Development Agency dba Metro Transit, an agency formed by an interstate contract between Missouri and Illinois. The agency assumed control of the metro at the beginning of 2003. According to studies, the St. Louis Metro is considered the eleventh largest light rail system in the United States.

St. Louis is one of the most influential cities in the United States. The increased population brought about the construction of more transportation arteries and routes and, in an effort to mobilize the community, the development of streets, highways and railways launched it towards the future. 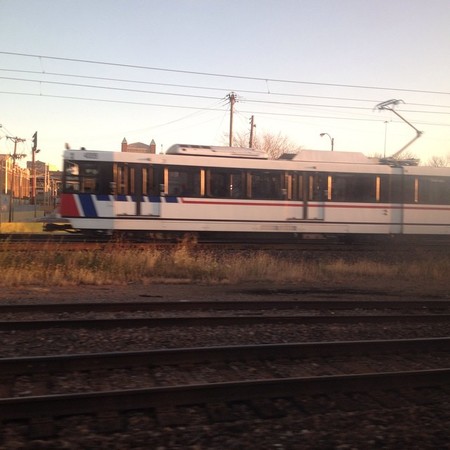 In the 60s, the streetcars and bus lines were operated by 15 independent companies that covered the entire region. The negligence and disorganization meant the system could not be kept at a standstill. Lack of transfer points, lack of organization and the rise in fares led to unexpected economic instability. The region suffered an onslaught of confusing red tape. The system was obsolete, and the city was confined. In response, the authorities made a proposal to the Bi-State Development Agency to take charge of all its installations in St. Louis and Illinois. Thus, the company assumed control beginning in 1963.

Construction of the light rail metro, MetroLink, began in 1990. It took advantage of the miles of available rail in the area. 3 years later, MetroLink began its operations with an introduction of three fare-free days for the St. Louis region in which it transported 180,000 passengers.

The system connected 16 stations across 22 kilometers (14 miles) from St. Louis County in Missouri to St Clair County in Illinois. After the transportation system’s initial success in which various extensions were completed, construction of a new line began in 1998.

Many stations, totaling 37, have been constructed on the two lines. In addition to new yearly project operations to expand the transportation system, there are new ideas for updating the alliance with the bus system.

The St. Louis Metro is composed of two lines with a total of 37 stations, including 13 on the red line, 9 on the blue line and 15 stations on both. The Bi-State Development Agency manages the city’s entire transportation system.

Identified by its red color, this was St. Louis Metro system’s first line. It was inaugurated in 1993 with 16 stations and an extension of 22 kilometers (14 miles) between North Hanley and 5th & Missouri Street. The current 61.1 kilometer (38 miles) includes 28 stations with 13 just under the red line. Its route stretches from Lambert International Airport station to Shiloh-Scott. A rider can enjoy artwork from the Blanche M. Touhill Performing Arts Center when taking the red line or they can use Stadium station to watch the St. Louis Cardinals play at Busch Stadium. 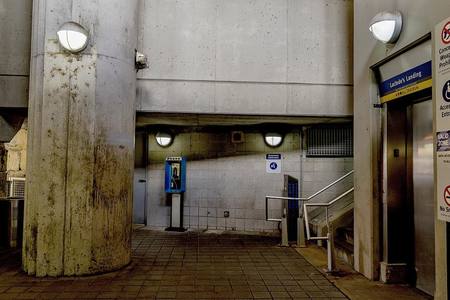 Identified by its blue color, this line was annexed from the St. Louis Metro in 2006. It was inaugurated with 24 stations, 9 belonging solely to the blue line and an extension of 38.6 kilometers (24 miles) with a route between Forest Park-DeBaliviere to Shrewsbury-Lansdown I-44 across Clayton, Missouri. This line is one of the busiest due to Richmond Heights station’s proximity to the well renowned Saint Louis Galleria shopping center.

St. Louis Metro’s expansion seems to increase incrementally due to various railroad extension projects. This has created a transportation system in the city in which every service complements the rest. A nexus helping every Missouri resident arrive safely, comfortably and conveniently to his or her destination is all that could be developed. One of these systems is the MetroBus. It includes 2 state routes (in Missouri and Illinois) that have more than 83 routes connecting to MetroLink’s Red and Blue Lines.

There is also a service plan named Call-A-Ride that offers a comfortable ride to passengers with disabilities which limit them from accessing regular service. Call-A-Ride is also available to the general public. Disabled passengers may additionally travel to their desired destination in modern, wheelchair accessible vehicles for $4. The system covers a little more than 35 areas in the city.

The only airport run by St. Louis is the St. Louis International Airport located 17.7 kilometers (11 miles) northwest of downtown via Interstate I-70 between interstates 170 and 270. Additionally, it is the largest and busiest airport in the state with more than 255 daily flights to 90 national and international destinations. It’s the route of approximately 13 million passengers annually. Currently, more than 14 airlines are operated by this airport. Following many changes to the transportation system, the airport established a connection with the city’s main transportation services. 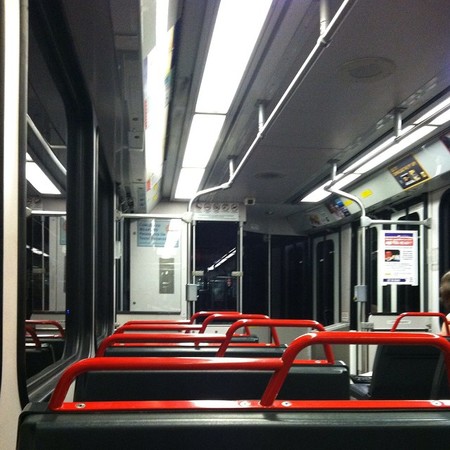 The MetroLink has a varied schedule on holidays. It is closed on some occasions but on others it has reduced hours. These holidays include Martin Luther King Jr. Day (the third Monday in January), President’s Day (February 22), Independence Day (July 4), Labor Day (the first Monday in September), Veterans Day (November 11), Thanksgiving Day (the fourth Thursday in November) and Christmas (December 25).

St. Louis Metro’s fare system is shared across the city’s transportation network. One of the most common and recommended tickets is the one trip pass. This trip pass costs $2.50. The ticket can be validated by inserting it in any of the validation machines located on each platform.

Fare is half-priced for riders 65 and over, children between the ages of 5 and 12 and riders with disabilities or medical conditions. Children 4 years or younger ride for free.

Moving forward, various extension projects are being carried out within MetroLink. Some projects include:

Based on a study, a specialist recommended the creation of a new MetroLink line from Clayton, Missouri to Westport Plaza in Maryland Heights. The proposed line would extend 13 - 15 kilometers (8 – 10 miles) and add six more stations between Clayton and Maryland Heights.

This project is focused on extending the blue line from Clayton to North County to Florissant. The length of the proposed track is 19 kilometers (12 miles) that would move along the old Terminal Railroad Association of St. Louis.

This extension project proposes extending the Blue Line from Shrewsbury into South County into Butler Hill Road. This project would add some 19 kilometers (12 miles) to the metro’s Blue Line.

This extension would be 19 kilometers (12 miles), running north of downtown St. Louis to St. Louis Community College-Florissant Valley. The extension study was completed in 2008 and a local alternative was selected. 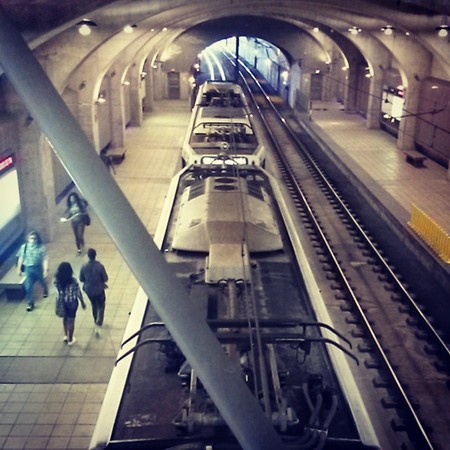 In 2008, an agreement extending the route through which the light rail trains would travel was completed. It was determined that it would now extend 14 - 27 kilometers (9 -17 miles) beginning from the Multi-Modal Transit Center and continuing south to the Bayless Terminal.

Busch Stadium: This is a baseball stadium. The first major league baseball game in Busch Stadium occurred on April 10, 2006. It was then that the St. Louis Cardinals defeated the Milwaukee Brewers and advanced to the World Series. The stadium has the capacity to hold 46,861 spectators and can be reached via Stadium station on both the Blue and Red Line.

Cathedral Basílica of Saint Louis: The Catholic Cathedral, the mother church of the Archdiocese of Saint Louis, was inaugurated in 1914. The cathedral is world renowned for its grand mosaics, burial crypts, and the addition of an outdoor sculpture representing racial harmony. To reach the cathedral, take the metro in the direction of the Central West End station. Walk a few minutes along North Taylor Avenue and the cathedral can be found diagonally from here.

Arco Gateway: This monument was an emblematic construction of North America’s westward expansion of the US. Designed by Finnish architect, Eero Saarinen, it is the tallest man-made structure in the United States. Its appearance transforms into the largest architectural structure in the form of an arch. To reach the Arco Gateway, take the metro in the direction of Arch-Laclede’s Landing station. Exit the station and walk approximately 8 minutes to Gateway Arch Trail. The monument will be located on the left.

Missouri History Museum: This museum is located in Forest Park. It was founded in 1866 and is managed by the Missouri Historical Society. It showcases the area’s colonial and indigenous artifacts. To reach the museum, take the metro in the direction of Forest Park – DeBaliviere Station from either line and just outside the station, one can observe the museum’s magnificent structure.

Map via www.metrostlouis.org
See map full resolution. It may take a little bit to load.