The Newark Light Rail has two commercial lines, which are the Newark City Subway and the Broad Street Extension. These lines cover a 10-kilometer long distance, and they operate in 17 stations.

Its trains are operational for 20 hours during a day, between 4:30 am and 1:00 am. They operate from Monday to Fridays, and they have a frequency between three and 10 minutes.

Newark is a city located to the north of the state of New Jersey, USA. It has a population of approximately 280,000 inhabitants, which makes it the 67th biggest metropolis of the United States.

Historically, this city has been considered important in the country because of its aerial, naval, and railway transportation due to its strategic geographical location. Thanks to this, many businesses have located their headquarters on this city. Also, many law firms and schools of big importance in New Jersey are located on this city.

Thousands of people commute to Newark on a daily basis, mainly due to work or school. This makes it one of the most visited cities via transfers from the entire West Coast in terms of number of people. According to official sources, the number of individuals moving through the city is of 150,000 people per day. However, this number keeps increasing throughout time.

This reality forced the local authorities to inaugurate on the year 2006 a public transportation system that was big enough to alleviate the traffic problem on the metropolis.

As a consequence, on July 17th of that same year, the authorities inaugurated the Newark Light Rail, a suburban rail service that transits below ground level downtown Newark. This rail service also provides transportation to some areas on the outskirts of Newark, but the trains on this area transit at surface-level (above ground level.)

As recent as this light rail service may seem, it is actually a modernized version of a previous tramway system that was operational on Newark since 1935. However, this tramway system was later substituted by the Newark Light Rail. 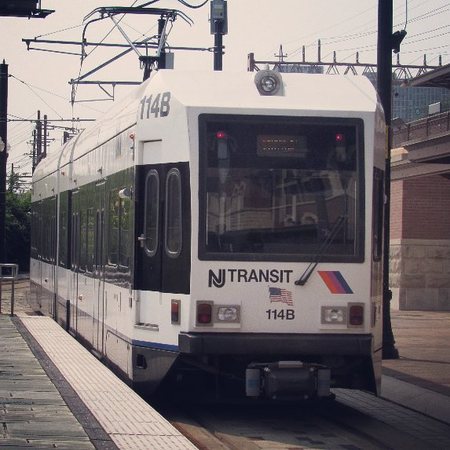 The Newark Light Rail has two commercial lines which offer transportation throughout 10 kilometers of distance and 17 stations.

This light rail system transits from the northern part of Newark to downtown Newark. During this journey, the light rail offers transfers with other means of transportations with the goal of offering transportation to the highest number of people.

This line travels between the north of Newark and downtown Newark, and it stops by 12 stations. This line is mostly located underground. Even though the trains of this line are from a light rail, you may confuse them by tramways since they have a special design.

* See the annex about stations and connections for more information.

This surface-level route of the Newark Light Rail transits through downtown Newark above ground level. In this journey, there are six stations, and its trains offer connections with other means of public transportation.

* See the annex about stations and connections for more information.

The Newark Light Rail trains offer different prices to the users. Among the different payment options to use the trains include the standard tickets, and monthly passes that allow you to save money with each trip.

Additionally, once you obtain one of the train tickets, it is necessary that you keep it always at hand, since it will be checked by undercover officers. For this reason, you won’t find any turnstiles at the stations.

You can obtain a ticket at the vending machines that are available throughout the stops, or at authorized stores within the city.

One Way: This option offers the user a single ride at any of the stations. This turns out to be ideal for people that occasionally use the light rail service. Its price is of 1.60 $.

10-Trip Ticket: It allows the user to make up to 10 rides, which can be used whenever the user wants them since this ticket does not expire. It is made for people that want to have a ticket whenever they need it, even though they may not use the light rail service frequently.

People over the age of 62, people with disabilities, war veterans, and children between the ages of 5 and 11 have access to a reduced fare of the One Way ticket. They only need to pay 0.75 $.

Also, if you plan to only travel within the underground stations of the Newark Light Rail service, you could buy the Underground Station Fare ticket. This ticket costs 0.75 $, which is almost half of the price of the One Way ticket.

The Newark Light Rail is open throughout most of the day, even though it is not a 24-hour business. Its trains are operational for almost 20 hours a day, starting service at 4:30 am and ending at 1:00 am from Monday to Friday. On weekends and holidays, the light rail’s trains offer service during less hours since they are available beginning at 5:30 am, and they close at 11:30 pm.

Its train frequency oscillates between three and 10 minutes, depending on the time of the day in which the passengers get on the wagons. During the normal course of the day, a new train arrives at a station each 7 or 10 minutes. Meanwhile, during peak hours, which occur between the closing and opening times of most of the offices in downtown Newark, the waiting times are reduced to three or five minutes.

The rules of the Newark light rail are made so that its users receive the best service possible. Also, these rules make sure that the passengers have a harmonious and peaceful ride while they travel on the trains.

Reaching the Newark Liberty International Airport by using the Newark Light Rail system is quite simple, since there is a direct connection between the airport and the light rail.

Once you reach the Pennsylvania Station, which is used by trains from the two lines from the light rail, as well as other transportation services, you should buy a ticket from the North Jersey Coast Line suburban train route. You should make sure that the airport is marked as the destination.

The journey tends to last between six and 10 minutes. The reason that this journey is relatively fast is that there are no stops in between Pennsylvania Station and the train stop close to the airport.

Then, once you reach the airport, you will find an internal transportation line that is shaped like a small monorail wagon, which connects the different airport terminals with each other. This line is called the AirTrain Newark, and you can board it within the same train station where the North Jersey Coat Line leaves you.

Conversely, if you want to go from the airport to downtown Newark by using the railway, you will end up doing a similar journey. Outside of each terminal of the Newark Liberty International Airport there is an AirTrain Newark stop, which will transport you to the closest suburban train stop. From here, it is possible to board the wagons of the North Jersey Coast Line that go towards downtown Newark.

Additionally, you have other options available in case that you do not wish to use any kind of railway service, such as bus lines, taxis, or even rent-a-car agencies. These alternatives are ideal for those who carry baggage of big size. 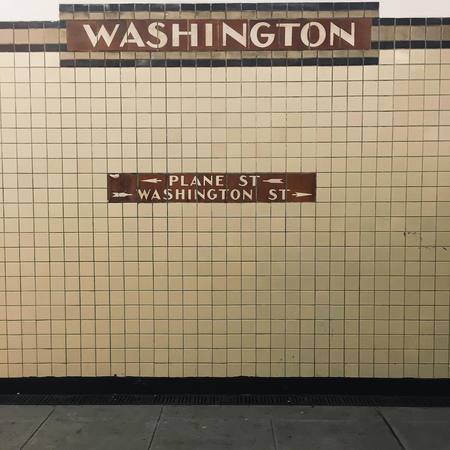 Near the Washington Park station, from the Broad Street Extension, you will find the Newark Museum, which is the biggest museum of the state of New Jersey. Within its facilities there are outstanding exhibits of American Art, contemporary art, art deco, and samples from Asia, Africa, Pre-Hispanic America, and from the Old World, including exhibits from Classic Greece and Mesopotamia.

The most prominent exhibits are the American works from artists such as Albert Bierstadt, Thomas Cole, Hiram Powers and John Singer Sargent, among others. Although small, these exhibits, as well as the huge artistic richness that it provides, make the Newark Museum a must-visit place for those people that will stay in the city for a while, especially for those that love culture.

Meanwhile, a few blocks off the NIPAC/Center Street station, which is also from the Broad Street Extension line, you will find the New Jersey Performing Arts Center, one of the biggest arts center in the United States. Since its inauguration on 1997, millions of visitors have gone to this building, which is also the headquarters of the New Jersey Symphonic Orchestra.

Its construction was key in the restoration of cultural spaces in the city, which promoted a fresher look of the city. Without a doubt, this is a place worth visiting. Both at an architectural and symbolic level, the New Jersey Performing Arts Center represents the new face of Newark, a metropolis that wants to find its place, and has been often ignored in favor of its neighbor, New York. 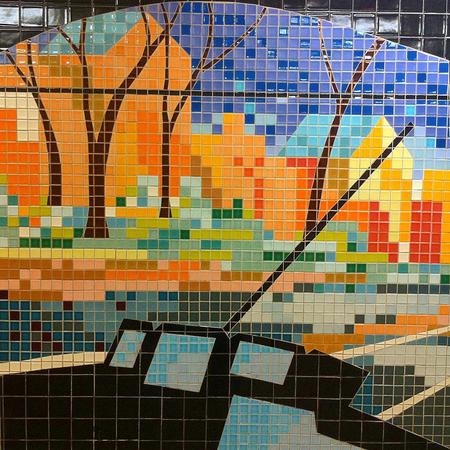 The Newark Light Rail was conceived as an answer to the city’s daily high transportation demand. As a consequence, most of the stations offer some sort of connection to other transportation services within its facilities, which will be described below: Map via www.njtransit.com
See map full resolution. It may take a little bit to load.