Kitakyushu Monorail is a straddle- beam monorail system operational in Kitakyushu city, Fukuoka Prefecture, Japan. It is the second such monorail system in Japan after Tokyo Monorail. The system currently consists of a single line of 8.8 km length connecting 13 stations along it. Kitakyushu Urban Monorail Co. Ltd. operates the line. Every day, 31,700 people commute through this metro. It is a convenient way to reach Kitakyushu Airport and Fukuoka Airport.

The monorail system uses the flat floor technology where passenger cabins are located above the bogies. This is to ensure comfort and ease of movement. Hitachi was responsible for setting up the system. It is so built that accident probability is very low. It operates without problem under any extreme weather.

Kitakyushu is the administrative, commercial and tourist center of Fukuoka Prefecture, Japan. It is home to more than a million inhabitants. Frequent visitors added to it, the road traffic congestion was becoming alarming. As a result, a north-south monorail system was planned connecting city’s main nerves.

Kitakyushu Monorail started operation on January 9, 1985, between Kikugaoka Station in the south and Heiwadori Station in the north. On April 1, 1985, it was extended to Kokura station further in the north to achieve its current length.

Initially, the city authority has only incurred losses running the monorail system. Once the section between Kokura Station and Heiwadori Station was opened, Kitakyushu Monorail showed profitability. However, the city municipality had to face strong opposition from the shops in Uomachi shopping district as they feared that the extension would take customers away from them.

The monorail system operates from 6 in the morning to almost midnight. Trains come every 13-20 minutes, every 10 minutes on rush hours. During weekends and festivals, the timings vary a bit. View the monorail timetable here.

Some of the stations have island platforms; others have side platforms. 4-car trains run on this line. A complete journey along this line takes 18 minutes. Interchange to other lines is possible at the terminus stations. 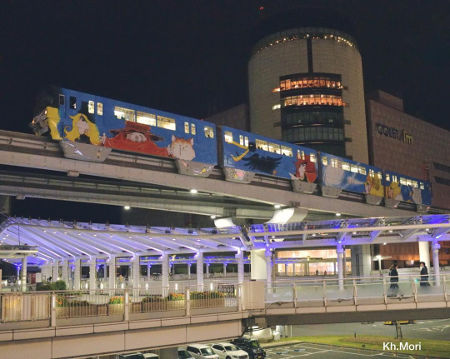 The stations on this line are:

Get off at this station for Kitakyushu National College of Technology.

This station is near Akiyoshisha Arashiyama funeral.

Get off here to reach University of Kitakyushu and Kokura Racecourse.

This station is near to high schools, Kokuraminami police and fire department offices, medical centers etc.

At Jono station, the track touches the ground. The rest of the line is reasonably high giving you a good view of city’s localities and surrounding mountains. Near this stop, there are two high schools, Nakamuragumi funeral and Fujimi Hall.

This is the stop for Bell Classic Ogura and Mihagino girls' high school.

This is the newly added station to the system. It is built as a huge building which has hotels, shops, bus stand etc. under the same roof. From this station, you can easily reach Asia-Pacific Ocean Import Mart, West Japan General Exhibition Center, Kokura Memorial Hospital etc.

It is the prime station of Kitakyushu city. At this station, you can interchange to JR Kyushu lines and to Sanyo Shinkansen. The monorail and railway stations are merged into a single complex with the monorail trains running one level up than the main hall.

No plan to extend the system is made public by the Kitakyushu Urban Monorail Co. Ltd.

The fare price in Kitakyushu monorail is calculated on the basis of sections travelled. Besides regular tickets, there are also travel passes available. Children and disabled persons get discounts on the regular fare.

Three types of tickets are available: single-journey tickets, round trip tickets and group tickets. Multiple types of passes are also there which benefit frequent traveler, school children and elderly people. 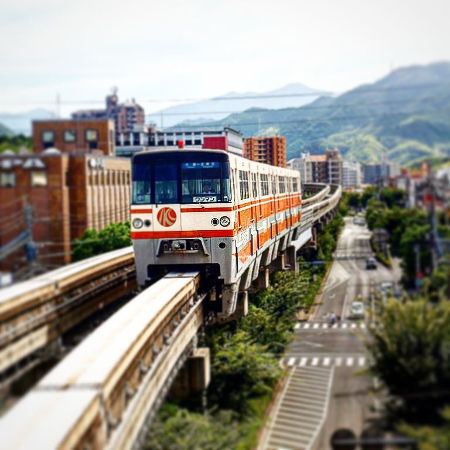 Kitakyushu Urban Monorail Co. Ltd. has recently introduced Allied Telesis technology in the ticketing system. It includes rechargeable smart cards and Quick Response tickets. The smart card must be scanned at the entry gate and the QR ticket holders need to touch the printed code at the entry point.

For details on tickets, fares and discounts, click here.

Following facilities offered by the monorail authority make your journey even more enjoyable:

Before riding it know about Kitakyushu Monorail rules in order to avoid penalties.

Following tips help you to make the best use of Kitakyushu Monorail: