The Hiroshima Metro, also known as the Astram Line, is comprised of a single line that offers transportation within 18.4 kilometers of railway. It is divided into 22 stations. It works between 5:30 am and 12:00 am. The lowest price for a trip is of 190 ¥ (1.67 USD). Subscriptions are also available, which can be loaded into the PASPY card. The metro makes connections with the regional trains and the city’s tramway service. It does not offer a direct connection to the airport.

Metros in Japan: The Hiroshima Metro

Hiroshima is located to the west of the country of the Rising Sun. This city wants to find a balance between the modern era and the traditions of this beautiful country. It was founded on 1589. It currently has 1,173,000 inhabitants. Hiroshima has most of the industries of the Chugoku region. In spite of having a dark past due to being victim of an atomic attack during World War II, its citizens have risen from the ashes. The city is nowadays a cultural, industrial, and economic center.

To attend to the increasing demand for transportation, it was necessary to construct a robust transportation system. That is why the transportation authorities proposed the construction of metro line that would connect downtown Hiroshima with the suburban area to the northeast of the city.

However, the construction of the metro would not begin until 1989. This new system of mass transportation would be called the Astram Line. The construction lasted five years. The opening date for the metro was delayed due to an accident caused by a steel beam that fell from one of the viaducts, which caused the death of 15 people. The authorities in charge of the construction decided to delay the inauguration until August 20th, 1994. During the opening day, the metro had 21 stations in working condition. The total length of the original railway was of 18.4 km, which began at the financial district of Naka-ku, and ended at the Asaminami-ku region.

The Hiroshima Metro currently has one line, which is 18.4 km long. The line is called the Astram Line. It is divided into 22 stations. The metro’s terminals are Hondōri Station and Kōiki-kōen-mae Station. The former station is located within the financial district of Naka-ku. The latter station is located in the region of Asaminami-ku, to the south of the Asa district. 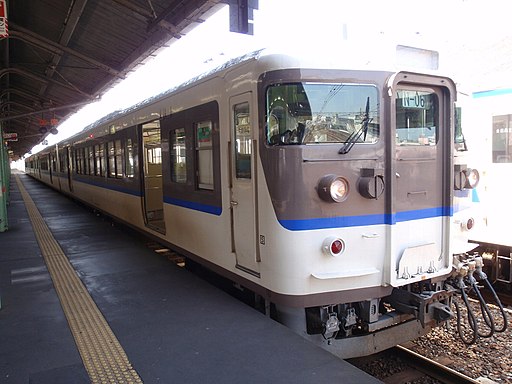 During Saturdays and holidays, the frequencies of departure are 10 minutes during the day. At night, these frequencies are longer, ranging between 15 and 20 minutes. 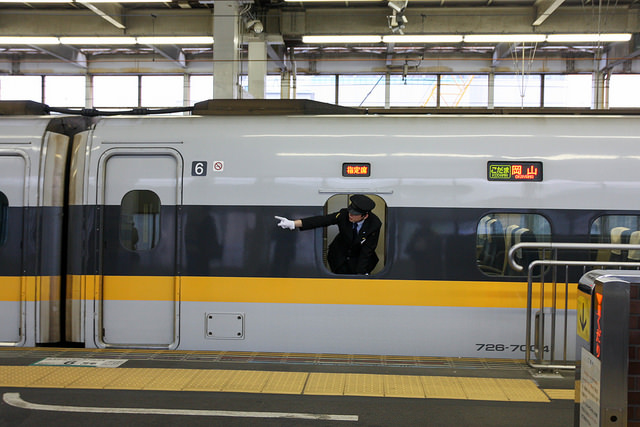 Hondōri Station (本通): In this station, the Astram Line offers connections to lines 1, 3 and 7 from the Hiroshima Electric Railway tramway. You can travel within the Ujinakaigan neighborhood in the Minami-ku district by boarding the tramway in line 1. The railway in this district is 5.7 km long, and offers a trip downtown. You could also travel in line 3 from the tramway to go to the south of the Nishi-ku district or to the Ujinakaigan neighborhood. Finally, you could board a tram in line 7 from the tramway to see a good portion of the Naka-ku district.

Kenchō-mae Station (県庁前): In this station, The Hiroshima Metro makes a connection to lines 1, 2 and 6 from the tramway. By using line 2, the passenger can travel to the Matsubara-cho neighborhood in the Minami-ku district, or they can travel to the Miyajimaguchi region in the Hatsukaichi district. With 40 stops, the trip in this region is one of the longest routes in the tramway network. On the other hand, line 6 goes to the Eba-nishi neighborhood in the Naka-ku district, covering 20 stops.

Shin-Hakushima Station (新白島): In this station, the users can make a connection in the regional train services of San'yō (山陽本線) and Kabe (可部線). The former goes to the city of Kobe, which is located to the west of the country; and to the town of Moji-ku. The latter has the community of Asakita-ku as destination, which is within the Hiroshima department.

Ōmachi Station (大町): This station also offers a connection to the regional train of Kabe, which offers a trip to the town of Asakita-ku.

The Hiroshima Metro has a pricing system that could be considered confusing by people of western societies, since fares are charged depending on the number of stations travelled. In other words, travelling to one or two stations is cheaper than travelling to 10 stations. Nevertheless, the price for a single ride in the metro is of 190 ¥ (1.67 USD), which can be paid via a disposable ticket or the PASPY smart card.

Something to be kept in mind is that you should know beforehand where to buy the single ride tickets, because not all stations have ticket vending machines. The Hiroshima Metro, just like all the other Japanese services of transportation, is automatic. This is why disposable tickets are not mass-produced. The stations with ticket vending machines are Kenchō-mae Station, Shin-Hakushima Station, Ōmachi Station, and Kōiki-kōen-mae Station. Tickets are sold between 7:00 am and 10:00 pm.

In case that you want to buy a PASPY card, which is ideal if you plan to stay in the city during a long period of time, you will need to fill out a form. This form can be found in Kenchō-mae Station, Shin-Hakushima Station, Ōmachi Station, and Kōiki-kōen-mae Station. Once you fill out the form (which should include information about the number of times that you will use the metro, the stations that you will use frequently, among other important information), you will need to turn it in to the staff available at the customer service booths. You will need to make an initial deposit of 500 ¥. Then, you will be able to refill the card up to a maximum amount of 20.000 ¥. You also have the possibility of asking the metro personnel to include more than one service in your card, so you can also use your card in buses and/or tramways.

The fares for the Hiroshima Metro are divided into the following categories:

The owners of the Astram Line offer the following subscriptions through the PASPY card:

Full-time students save 30% on their trips by using the PASPY Card. To get this discount, they need to go to the stations that have customer service booths and fill out a form. Similarly, children from elementary schools can get a discount when they request a smart card.

In case of children under four years of age, the trip will be free of charge. People over 65 years of age can also travel for free by showing their ID. People with disabilities have the option of getting a discount on trips while requesting the card.

Also, there are discounts for groups of over 15 people if they ask for a group discount while requesting the smart card.

Unfortunately, the metro does not travel directly to Hiroshima Airport. However, you could use the following instructions to reach the airport by only using public means of transportation: Board the Astram Line, and head towards Shin-Hakushima Station. Once you reach your destination, make a connection to one of San’yō’s regional trains after buying a ticket for a trip to Nyuno Station. The distance between downtown Hiroshima and the airport is of 50 km. Therefore, the train’s trip lasts one hour and 25 minutes. Outside of the station, you can find a bus service called the Hiroshima-Airport Limousine Bus, which depart the station each 40 minutes. The ticket price for these buses is of 580 ¥ (5.09 USD). The trip in the Hiroshima-Airport bus from Nyuno station to the frontal entrance of the Hiroshima Airport lasts 12 minutes.

In case that you want to go to downtown Hiroshima from the airport by using the railway service, wait for the Hiroshima-Airport Limousine buses after exiting the airport’s terminal. These buses will get you close to either Nyuno Station or Shiraichi Station. The latter station also belongs to the San’yō line. You will need to buy a ticket for a trip towards Shin-Hakushima Station. In this station, you will be able to go downtown by using the metro or by making a connection to the tramway. An important fact is that there are taxis available outside of the airport’s terminal, as well as many rent-a-car services. The rent-a-car services are specially recommended for travelers that will stay for a long time in the city.

In cities such as Hiroshima, which are located in the interior of the country, you will hardly find any person that speaks in English or in any language other than Japanese. Therefore, it is recommended that you always carry a dictionary around that allows you to communicate.

The trains’ wheels are made out of rubber, making the trips in the metro noiseless.

The trains’ colors, which are yellow and gray, represent solidarity and generosity respectively.

The underlying concept in the metro’s colors is that of peace. This also explains why the trains are noiseless.

The Astram Line offers transportation to over 60,000 people per day.

The owners of the metro hope to begin to replace the trains of the line in 2018, as part of the plan of renovating the fleet of trains. Additionally, research has been made about a possible expansion of the service to the Numa district, which would have to cross the region of Iguchi. In the year 2015, it was announced the construction of a new line to the west of the city, which will be comprised by six stations and will give transportation to the inhabitants of Miyako. According to the current plans, the new railway will have to go through the industrial park of Higashi Ishiuchi. The planned route is part of the New Urban West project, which hopes to optimize the transportation in the West of Hiroshima.

The Peace Memorial park and museum are located near Hondōri Station. This park is an important piece of land in Hiroshima, and is located in the epicenter where the atomic bomb was detonated. The park consists in a big green zone surrounded by the Ota and Motoyasu rivers. There are many monuments and memorials, including: The Dome, The Children’s Peace Monument, the Mount Memorial, The Cenotaph of the Korean Victims, the Cenotaph Memorial, The National Memorial Hall of Peace in Hiroshima, the Memorial Museum of Peace in Hiroshima, and the Doors of Peace. Visiting this museum could take half a day, but it is worth doing it without hurry to assimilate the emotions from being in the presence of a painful moment in history.

On the other hand, the museum recalls the political and social events both before and after the atomic bomb explosion in the city. It also shows the damage that the attack made, both from a scientific and a psychological perspective.