Wuhan Metro is the rapid transit system of Wuhan, the capital of Hubei Province, China. As the metro started operation in 2004, Wuhan became the fifth city in China after Guangzhou, Shanghai, Tianjin and Beijing to have an urban subway system. It is operated by a communication based automated control system.

Currently, the network includes 4 operational lines, connecting 102 stations and 128.7 km long track length. Wuhan Metro Co. Ltd. operates the system. Every day, more than a million people use this as a means of transport.

Wuhan is constituted of three boroughs, namely Hankou, Wuchang and Hanyang. The metro system was conceived to improve the management of inter- and intra-borough traffic of the city. 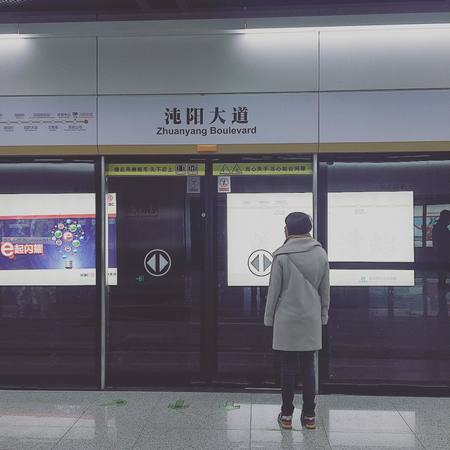 The metro system operates between 06:00 AM to 10:30 PM on weekdays and 06:30 AM to 10:00 PM on weekends. However, slight variations of this timing can be noticed on individual lines. The minimum interval between trains is 1.5 minutes.

Currently, four lines, namely, Line 1, Line 2, Line 3 and Line 4 are in service. Many of the stations on these lines offer cross-platform interchange which makes transfer convenient for the passengers.

Line 1 is a west-east line. It connects Hankou North station to Dongwu Boulevard station. The 34.6 km long line lies completely in the Hankou borough. There are 29 stations on it and all are elevated.

Every alternative train on this line reaches Hankou North Station; others end at Dijiao Station. It takes around 55 minutes to complete a full journey on this line. Transfer to Line 2 and Line 3 is possible from this line.

Line 2 is a northwest-southeast line connecting Jinyintan to Optics Valley Square running under the Yangtze River. It is a 28-km long line with 21 stations. Some of the stations are underground, some are elevated. It connects important shopping areas and business districts of the city.

This is a north-south line running under the Han River. It starts from Hongtu Boulevard and ends at Zhuanyang Boulevard. It covers the Wuhan Economic- Technological Zone. The full track length is 33.2 km with 24 stations along it. 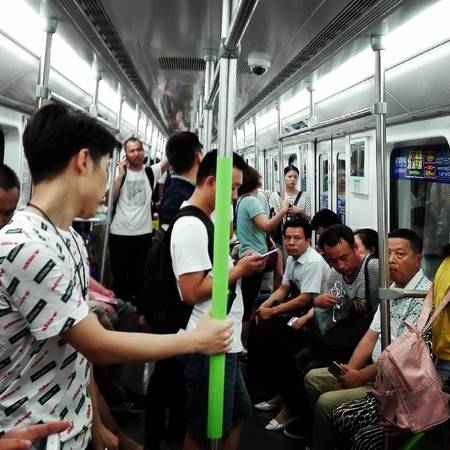 Line 4 is an east-west line joining Wuhan Railway Station to Huangjinkou Station. Wuhan, Hanyang and Wuchang railway stations are connected by this line. Main tourist spots and business districts also lie near this route. It is a 33.2-km long route with 28 stations.

The city authority has the plan to build total 7 urban and 2 suburban lines by the end of 2017. Most of the lines will be underground. The total length of these lines is going to be 273.1 km. Among these lines constructions of Line 6, 7, 8 and 11 have started already. Line 2 will is also being extended further.

The long-term plan is to build a network of 25 lines, combining both urban and suburban lines. The total track length planned to achieve is 1045 km. When this plan is implemented, 55% of city’s traffic will be transported by Wuhan Metro.

The fare for using Wuhan Metro is calculated based on distance. For the first 9 km, the fare is CNY 2. For a travel distance of 9 to 14 km, the price is CNY 3. The rule is CNY 1 for every 1.2 km traveled after the initial 9 km. To travel the maximum possible distance through these lines, it costs only CNY 6.

The tokens are to be bought from the ticket vending machines and transportation cards are available at customer information centers. You need to scan the token or the card at the entry point and return the token at the exit gate.

The subway authority created multiple facilities and offer services that enhance the usability of the metro system manifold. 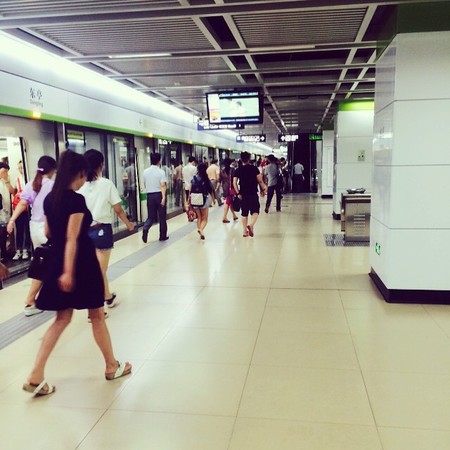 Passengers must take note of the following rules set by the metro authority:

Following tips may help you to avoid unnecessary hazards while using the metro system: Map via www.whrt.gov.cn
See map full resolution. It may take a little bit to load.