The Republic of China has actively developed both industry and rail transportation the urban and intercity, getting to export its technology to many countries around the world. Tianjin subway is an example of this process, used to give mobility to a population of over 9 million inhabitants of this portuary city, in the north of the country.

Tianjin was the second Chinese city after Beijing to build a subway in order to facilitate urban transport of persons and lighten up urban traffic. It was built in stages from 1970: a strong earthquake in 1976 interrupted the construction to be restarted in 1979 and finally opened in 1984. The system is managed by the company "Metro Group Tianjin Co. Ltd" and "Binhai Mass Transit Development Co." the latter concentrated in the fashionable district of Binhai.

Tianjin metro is a 4 lines system serving a total of 86 stations over 136.9 kms, as well as one tram line. Lines 2 and 3 are the newest ones operating since 2012. Annual ridership is almost 42 million passengers.

Line 1 is 26.2 km long and serves 24 stations from Liuyuan to Shuanglin of which 8 are elevated, 13 underground and one on the surface. It is Tianjin metro first line and began to be built in 1970. The construccion of this line was delayed because of the earthquake. In August 1980 the 5,3kms stretch from Xinanjiao to Xinhua Road was completed. In December 1984 the West Railway Station to Xinanjiao station stretch added 2.2kms to the line. In October 2001, this line was closed for improvements, renovations and expansion until June 2006 when finally it was inaugurated for the second time. 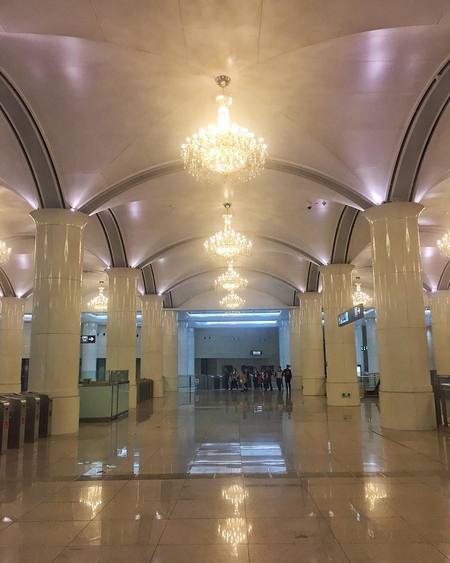 This line runs from the northeast to the southeast of the city. It's 34 kms long and serves 26 stations. Line 3 connects with all the other lines (1, 2 and 9) at the Tianjin Railway Station. It was developed in several stages: in 2012 opened Xiaodian to Gaoxinqu station section and in December 2013, Nanzhanto to Gaoxinqu station (South Railway Station) extension was completed.

It's an almost 53 kms long line that serves 19 stations connecting Tianjin to Binhai. That's why it's also known as Binhai Line. The total time to make a journey from end to end is about 1 hour. It connects with the TEDA tram line.

It's a light rail system serving the so-called TEDA, Tianjin Economic Developing Area. It has been the sector of the city that has grown more over the last 25 years. However, the movement of large masses of people between the central areas of the city and TEDA have been very complicated. 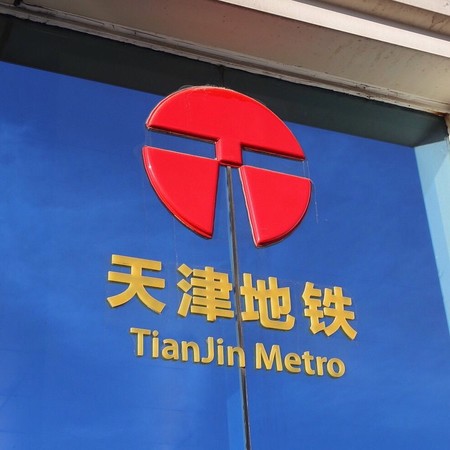 The TEDA Modern Guided Rail Tram was opened in 2007. It is the only tram system moves on wheels and is the type Translohr, guided by a central monorail. It's total length is 8 kms and serves 14 stops.

The are also 4 projected lines. Line 4, a northwest – east line that will go from Xiaojie Street to Civil Aviation University of China. Line 7, from northeast to southwest, from Dabizhuang to Liyuantou. Line 8, from north to south, from Xiaodian to Zhangjiawo High-Speed Train Station. Line 10, west to east, Xinhua Road to Erjing Road. 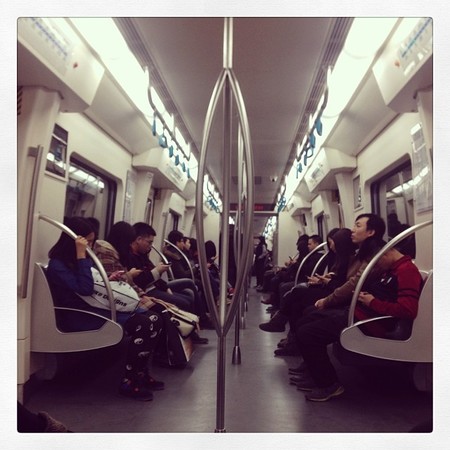 Line 9. The first train leaves from Central Railway Station at 6 am and the last at 10pm. From Donghai the first and last trains leaves at 7:03 am and 11:03 pm respectively. Total travel time is 62 minutes. Frequency: 5-10 minutes during peak hours and 10 to 12 minutes during normal hours, including the weekend.

In Tianjin subway fares are calculated according the distance traveled. So they have variations between 2 and 5 yuan.

Metro tickets and line 9 tickets can be purchased at the ticket offices of all stations or in automatic ticket machines. Each ticket is valid for three hours. Once the ticket is validated the passenger has three hours to leave the station. A child shorter than 1.10 meters can travel for free with an adult.

There are discounts for students and the elderly. You can also ride the Tianjin metro by using the City Card and the Common Stored Value Ticket 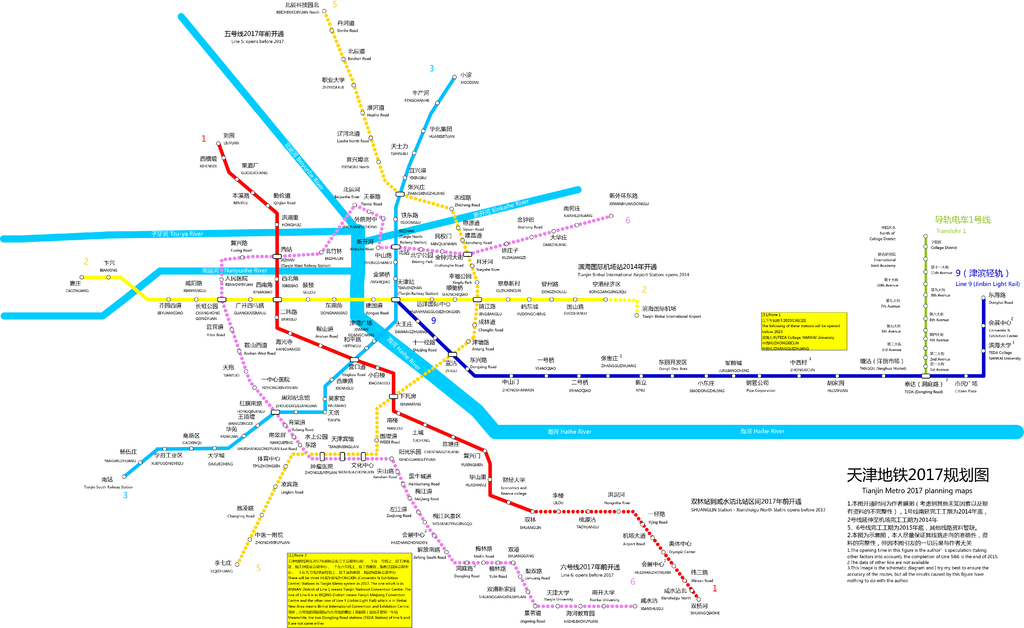