Shenyang Metro is the underground rapid transit system serving Shenyang, the capital of Liaoning province in China. It started operation since 2010. Though such metro systems were already in service in other parts of the country, this was the first system to serve the northeast part.

The network currently consists of two lines, 43 stations and a 55.16 km long route. Every day, more than 533,000 people use this metro as their mode of transport. Shenyang Metro Corporation is in the operation of the system.

The need for a metro system in Shenyang was felt as early as 1940 but it took years to initiate the construction process. In 1965, China central government started new projects to build metro lines in Shanghai, Beijing, Shenyang and Tianjin. Within a couple of years, all the other systems were put into service but the project for Shenyang was postponed. The poor economic performance of the city during the 80s and 90s seems to be the major reason behind this delay.

With the turn of the century, things started to improve and the project got momentum. It received the final approval in 2005 and construction work started. 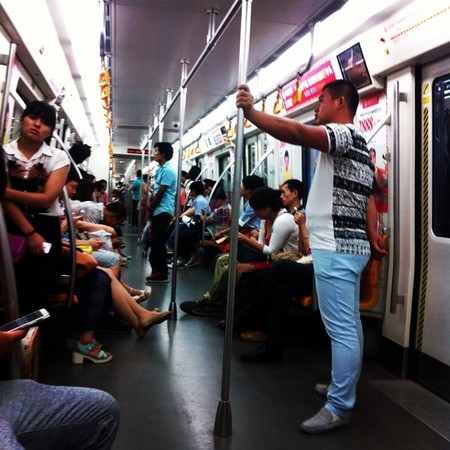 The trains run from 06:00 AM to 10:00 PM daily. On weekdays, during office hours, one train comes every 6 minutes, at other times, every 8 minutes. On weekends, the frequency of trains is every 7 to 9 minutes.

Line 1 and Line 2 are currently in operation. They cross each other at Qingniandajie station.

Line 1 is an east-west line connecting 22 stations on its 27.8 km long route. It starts from Shisanhaojie, runs through the center of the city and ends at Limingguangchang. The complete route is underground. It takes around an hour to complete a full journey on this line. From this line, passengers can transfer to Line 2 and Shenyang Railway. Shenyang Economic and Technological Development Zone and Liming Cultural Museum are two important areas covered by this line.

This line starts from Quanyunlu in the south, runs through the center of the city and terminates at Hangkonghangtiandaxue in the north. There are 22 stations on this 27.36 km long line. This line is also an underground line. A full journey on this line takes around 55 minutes. From this line, passengers can interchange to Line 1 and Shenyang North Railway.

Construction work is going on to extend the two operational lines on both ends. In addition, an intercity railway line is being built between Puhedadaoto and Fanhexincheng stations.

Construction of Line 4, 9 and 10 are expected to be completed by 2018. The long-term plan is to expand the network to cover 182.5 km of route. It will include 2 more north-south lines, 2 more east-west lines, and 2 L-shaped lines. 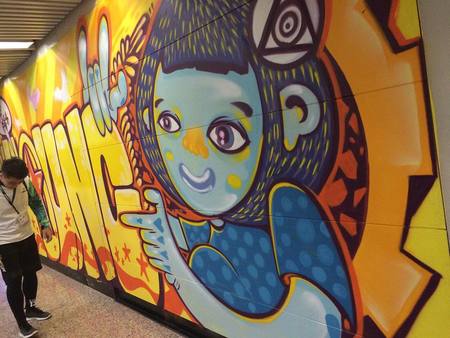 Ticketing options are mainly of four types: Single journey ticket, Ordinary Charge Card, Guan’ ai Card and Xiyanghong Card. With Ordinary Charge Card passengers can enjoy a 5% off on the standard fare. People aged between 60 to 69 years, can use the Guan’ ai Card to get a 50% off. Xiyanghong Card is only for persons aged 70 years and more. It allows them a free ride on the metro trains. Every adult can take a child with him/her to travel free of cost if the child is less than 1.3 m of height.

To ensure that the passengers enjoy their journey with Shenyang Metro, the corporation offers the following facilities and services:

The Shenyang Metro Corporation requests all the passengers to obey certain rules and to follow some etiquette so that everyone has a smooth journey.

Following tips may come handy when you travel through Shenyang Metro: Map via www.symtc.com
See map full resolution. It may take a little bit to load.