The Brescia Metro consists of a single fully-automatic commercial line, with 13.7 kilometers of length and 17 stations.

The Brescia Metro´s business hours are from 5:00 a.m. to midnight and, on Saturdays, the metro is open for an additional hour.

The public transportation´s business hours of Brescia vary according to the zones that will be travelled by the user. The most basic ticket costs 1.40 €.

There is no direct connection to the airport, but you can still reach the airport easily by using other means of transportation.

Brescia is an Italian city located to the north of the country, with an estimated population of almost 200 thousand inhabitants. Specifically, it has 196,000 inhabitants. It is the capital of the province of Brescia, and it is the second most populated city of the Lombardy region, being just behind Milan.

Its history dates back from 3,200 years, making it an important cultural, historical, and architectonic center of all Italy. It has a lot of monuments that had been declared a UNESCO World Heritage site.

Just like the rest of the big cities in Lombardy, Brescia has an economy dependent of small and middle-sized firms, which manufacture products and services. The economy is based on agriculture, handicrafts, tourism, industry, and commerce.

Although small, this city has great importance within the northern region of Italy, since it has been the witness of the entire historical development of this European Nation.

It is a quite a large city, which results in high levels of traffic on its roads, which is generated by both drivers from Brescia and drivers from the surrounding municipalities.

However, it wasn´t until the year 2000 that the local government finally started looking for firms to execute the project. This project would be later be known as the Metropolitana di Brescia (Brescia Metro in English).

The work was inaugurated during the first semester of the year 2013, which included 17 stations that are currently distributed throughout 13.7 kilometers.

It currently has only one commercial line. As a fun fact, this line is fully automatic, and was inspired by the Copenhagen Metro. 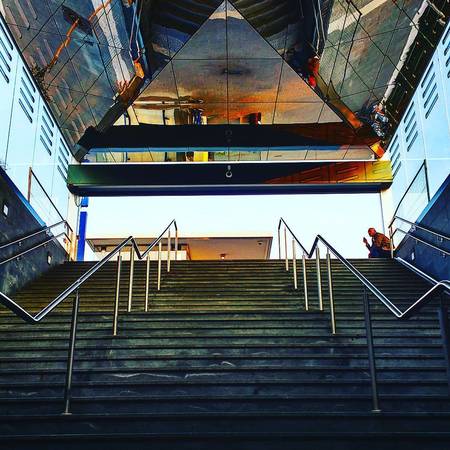 The Brescia Metro has a single line that is 13.7 kilometers long. It is completely automatic. Additionally, it is unique thanks to its modern and minimalistic architecture - which goes to show the well-known “good Italian taste”-.

The stations, which are 17 in total, have a unique design, as it was asked by the city´s authorities from the moment that the project was assigned to the firms that won the rights to build it.

The journey starts at the north, and it continues at the downtown area and the southeast of the city. Most of this journey is done underground, but some stops are at surface-level, while others are elevated stops. The system´s stations will be shown below: 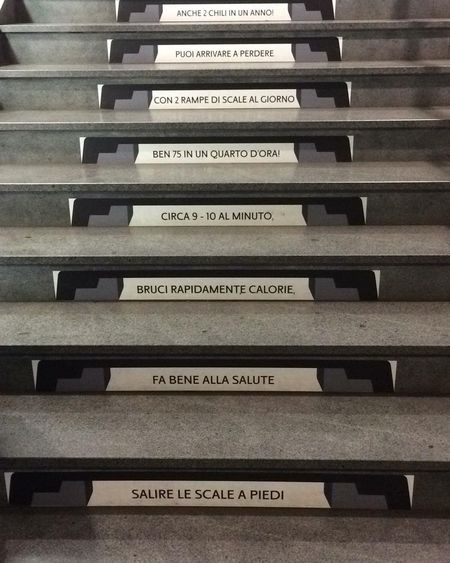 The Brescia Metro has many connections, including connections with bus lines, which have the purpose of making it easier for passengers to travel around the city. Although it has just recently started to give service, the subway has become the most important means of public transportation in Brescia. Therefore, the authorities of the metro added the biggest possible number of connections for the system.

The Brescia Metro has a fixed schedule from Sunday to Friday. It opens at 5:00 a.m., and ceases operations at midnight. The train frequency oscillates between 8 and 10 minutes per train during the regular course of the day. However, the frequency decreases to four minutes per train during peak hours, which are usually between 7:00 a.m. and 9:00 a.m., and 5:00 p.m. and 7:00 p.m.

On Saturdays, the trains operate for an additional hour, that is, they operate until 1:00 a.m.

Generally, the trains take 30 minutes to complete a journey throughout the entire network of the Brescia Metro, which has al length of 13.7 kilometers. The journey between one station and the other lasts between one and two minutes approximately. However, it is possible that the trains start to go faster during an emergency situation, so the journey between the stops may last even less.

Note: The previously described business hours may vary. In other words, they may change depending on the decisions of the operators of the system.

The public transportation fares in Brescia vary according to the zone that the user wished to go to. There are two: Zone 1 and Zone 2. In the case of the subway, the entire network is located within Zone 1. Therefore, the price to use the trains does not vary. However, if you make a transfer to a bus line, you will have to know beforehand if the bus goes to Zone 2. In that case, you will have to pay more for your journey. 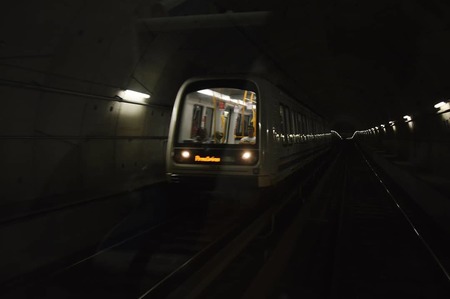 The subscription plans are accessible through a reloadable card, which can be obtained in one of the ticket booths located on the stations. Also, the subscription should be bought before the 15th day of the current month so that it starts working immediately. If you buy a subscription after the 16th day, the plan will be valid on the first day of the following month.

Note: The prices explained above only make reference to Zone 1 of the Brescia fare system. 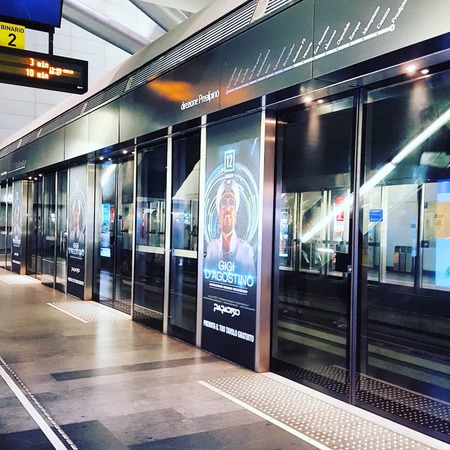 Use of the escalators 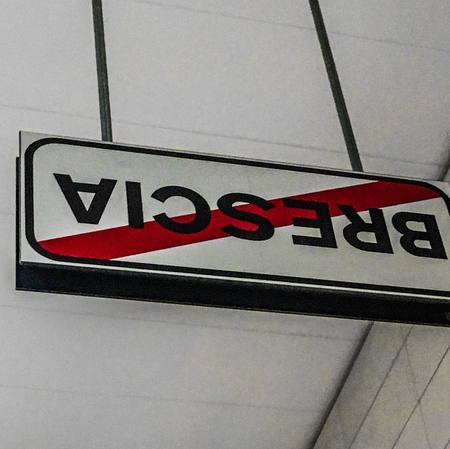 Brescia´s own airport only has a limited number of charter flights during the week, which is why the travelers tend to use the Verona airport, which is located kilometers away from the city. It is called the Verona-Villafranca Airport, and receives flights from all around Europe and other regions of the world.

To reach it, you´ll just need to go to the Stazione FS metro station, which is just next to Brescia´s Railway Terminal. At this building, you can board any of the trains of the firm Trenitalia, specifically, the trains that have Venice and St. Lucia as their destination. These trains, after a few stations, stop at the Verona Porta Nuova terminal, where you will have to disembark. The journey lasts just 35 minutes.

Once you reach the Verona railway station, you will have to board a bus from line 199, which goes directly to the airport. You will find them outside of the station. These vehicles do not have stops halfway through their journey, so the journey ends up lasting 15 minutes.

Likewise, if you wish to reach Brescia from the Verona Airport, the journey is a similar one. However, right outside the Verona-Villafranca Airport, you will also find rent-a-car services, taxi lines, and bus lines that offer many destinations. Likewise, at the Verona railway station, you can buy tickets for trains that travel that travel all around Italy. 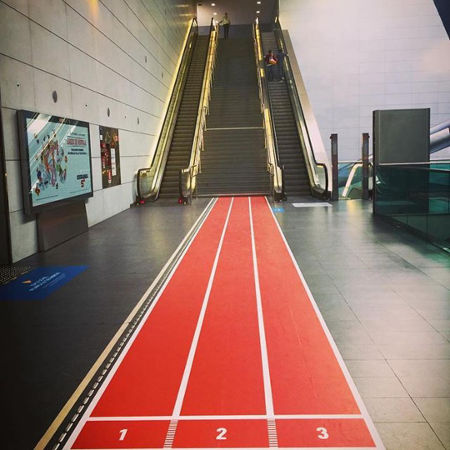 Right at the heart of Brescia, near Vittoria station, you will find the emblematic cathedral of the city, the Duomo Vecchio di Brescia, also known as “The Roundabout” due to its circular shape. It was built during the 11th century on top of a basilica that was previously on that site. Since then, it has experienced many expansions throughout the centuries, but it has kept its Roman architecture intact –which makes it one of the most important original Roman buildings of Italy-.

Additionally, the cathedral keeps inside important exhibits, which include the tomb of Bonino da Campione, the remains of Giangiacomo Antegnati, the granite grave of Berardo Maggi, and a collection of paintings from the artists Moretto and Romanino. The crypt that is within it, which dates back from the 6th century, results quite attractive for tourists.

Meanwhile, near the San Faustino station, tourists will be able to find the beautiful Brescia Castle. It was previously called the Falconed’ Italia, because of it is located on a steep hill from which the entire city can be observed. This is one of the biggest forts of the country, with an area of 75,000 square meters that are completely protected by walls.

Just by entering the gates of this old building, you will transport into another era. You will go to a time dominated by fights between kingdoms, where military power of a city-state was vital for its preservation. Since its construction, this castle has witnessed the evolution of the Italian society of the last four centuries, and it has remained almost intact, even after all of the calamities that the country suffered. Map via www.bresciamobilita.it
See map full resolution. It may take a little bit to load.