The Turin metro comprises a sole line of 13.2 kilometres, divided between 21 commercial stations. It is well integrated and interconnected with the city’s other surface transport systems, so Metro tickets can also be used on buses and trams. Although there are different types of tickets and passes, the base fare is 1.50 €. Opening hours vary according to the day of the week, from 5:30 AM until 1 AM.

The city of Turin, located in Northern Italy and known by locals as Torino, is one of the region’s major cultural hubs. Its history dates back to the birth of what is known nowadays as Italy. Currently, the city’s population is just over 2 million people. In 1861, Turin was named Italy’s first capital.

During World War II, the city lost much of its monuments, although it kept high levels of industrialization. Because of this, it later became the third-richest city in the country, after Rome and Milan.

It also houses important and internationally-renowned universities, such as the University of Turin, which have brought a harmonic level of academic, industrial and cultural development to the city.

Therefore, Turin’s importance for Italy’s economy called for the design of a mass transit system that could address its population’s demands. This gave birth to the Turin Metro – known in Italian as Metropolitana di Torino.

Although the first drafts for an underground system date back to the 80s, construction did not begin officially until the year 2000.

The celebration of the 20th Winter Olympics, held in 2006, served as the trigger to kick-start construction. During that year, the first section of the Metro was inaugurated. However, the project did not reach 100% completion until 2011, thanks to a large injection of capital.

Nowadays, the Turin Metro encompasses 13.2 kilometres of tracks, distributed along a single line between 21 commercial stations, which serve 155,000 people per day. 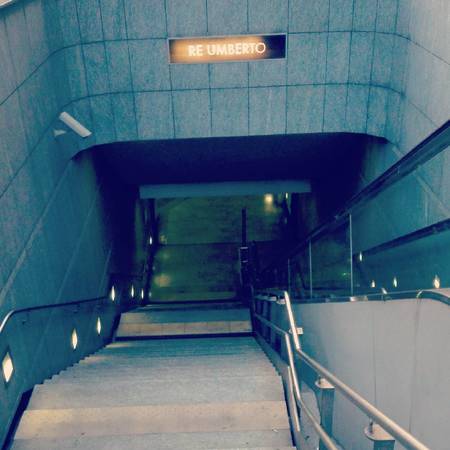 The Turin Metro has a single line – although a second one is in the works - which runs for 13.2 kilometres and serves 21 stations.

On average, it takes 25 minutes to go from one terminal station to the other.

The stations were designed by a team lead by Thomas Muirhead (London) and Giovanni Brino (Turin), who were also in charge of the administrative offices, the control centre, and the trains’ maintenance workshop.

Please see below for a list of stations in the Turin Metro Stations:

Turin Metro stations are highly interconnected with the different bus lines that serve the city and its surrounding suburbs. Likewise, inside each individual station, passengers will be able to find maps showing nearby bus routes and the available transfers. Important transfer stations include: 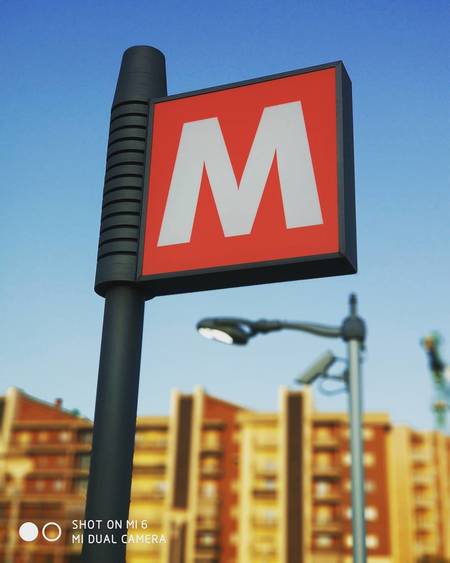 The Turin Metro allows passengers to use different payment methods, which include access to complementary urban transit networks, such as buses or trams. These include stub-like tickets as well as card-based monthly passes. It is important to note that the underground system is very well connected to surface urban transport, so any tickets bought at Turin Metro stations will also be valid for buses and trams.

People with disabilities will have to notify the relevant authorities as to their specific condition, in order to qualify for a discount on their monthly pass. Depending on the disability, final price may range from 16 € to 21 €.

The Turin Metro strives to offer its services during convenient hours for the city’s visitors and residents alike. However, it should be noted that opening and closing times vary according to the day of the week. Read on for a full description of the Turin Metro’s hours of operations.

The Turin Metro is not directly linked to the Turin Airport-Caselle. However, it is possible to take a bus from one of the Metro stations to the airport.

In order to reach the city centre from the airport, passengers will have to leave the air terminal and walk to any of the nearby bus stops. From there, it is possible to board a Dora Express bus to the XVIII Dicembre metro station, or any other bus route bound towards the city. Alternatively, there is also a railway station and a taxi stand in the immediate vicinity, which will allow passengers to reach their destination.

The city’s famous Egyptian Museum is located few blocks away from the Porta Nuova station. This is one of Italy’s oldest museums, and it houses one of the largest collections of Ancient Egyptian artefacts – only the Cairo Museum surpasses it. It was first opened in 1824 to display the city’s growing collection of statues, sarcophagi, and papyrus scrolls.

The Museum is located in front of Piazza San Carlo, one of the city’s most important landmarks. Here, cultural events, street fairs, and concerts are held on a regular basis. The Turin Cathedral of St John the Baptist, which houses the Holy Shroud of Turin, is also located in the area.