The Rome Metro is the subway system of the city of Rome in Italy. It is managed by ATAC, the owners of all of the public transportation in Rome. The metro was officially inaugurated on February 16th, 1980. It has three lines and 73 stations. The metro makes connections with all of the public transportation in Rome, which includes buses, light railways and trams. The metro makes a connection with the FL suburban train or with the Leonardo Express trains to go to the airport. The metro opens every day from 5:30 am to 11:30 pm on weekdays. The prices for the metro’s tickets start from €1.50 and can be paid with tickets, subscriptions or cards. Carrying a map is recommended due to the confusing layout of Rome's roads. Parking is available at stations. Line C was dug below 25 meters underground to avoid destroying old artifacts. A new line, line D, will be constructed. You can visit attractions such as The Colosseum using the metro.

Metros in Italy: The Rome Metro

Rome is the capital of Italy. It is also the capital of the Lazio region. It has a population of over 2.7 million people. Rome is one of the most influential cities of all time in history because it was the capital of an empire that lasted over 2000 years, spreading its culture and religion to the whole world. Due to Rome's history, part of the city is protected by the UNESCO. Its history also makes it attractive to tourists worldwide. Nowadays, it is famous for sightseeing, fashion, and for doing shopping. It is divided into the following districts: Vatican, Modern Centre, Colosseo, Old Rome, Trastevere, North Centre, Nomentano, Aventino - Testaccio, and Esquilino - San Giovanni.

There are two airports in Rome: Leonardo da Vinci/Fiumicino International Airport, which is the biggest airport, and G.B. Palestine/Ciampino International Airport. Rome has high traffic, therefore, it is not recommended to drive if you are in the city for the first time. The city's means of public transportation include light railways, trams, buses, trolleybuses and the metro. All of these means of transportation are owned by ATAC (Tramways Company and Coach of the Municipality of Rome).

The construction of the Rome Metro was approved in 1959. It was originally planned to have its first station in Anagnina. The construction of the metro started in 1964, but it was constantly interrupted. The metro was officially opened on February 16th, 1980, with the opening of lines A and B. Line A's original stations covered the regions between Cinecitta and Octavian. Line B's original stations covered the regions between Laurentina and Termini. On June 11th, 1980, line B was expanded to have a station in Anagnina. The construction of line C was proposed on January 1st, 2000. However, work on this line was constantly delayed, until it began on April 2007. Line C was officially inaugurated on November 9th, 2014. This line was later expanded on June 29th, 2015, with the opening of stations between the regions of Lodi and Parco di Centocelle.

The Rome Metro has three lines: line A, line B, and line C. They are comprised by a total of 73 stations. The stations for each line are the following:

Line B: It is divided into two branches: Northeast Diramation and East Diramation. There are some stations that are common for both branches. This line has the following 26 stations: 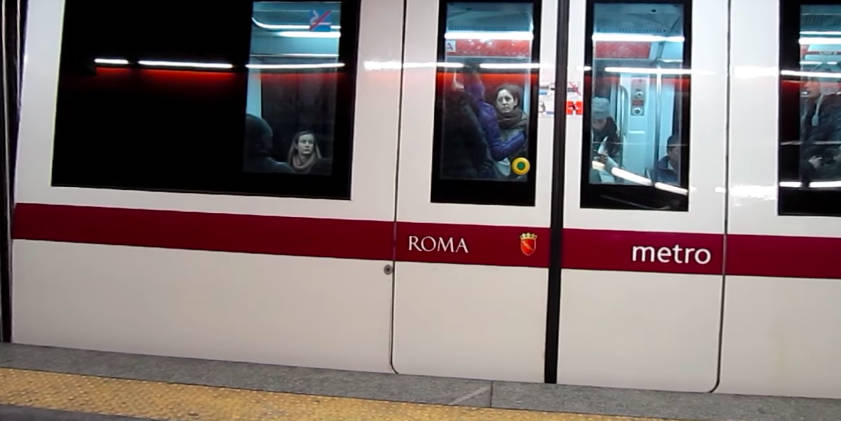 Besides Rome metro and suburban lines, we can use trains FR (Ferrovie dello Stato) for urban transportation . The tickets are valid also for railway transport, metro and bus. At present there are 8 lines with high frequency service.

From Termini station to Ciampino. From here trains continue in regional service to Frascati, Albano Laziale and Velletri. A fourth destination, Frosinone-Cassino direction, is currently called FR6. The station that defines the urban section is Capannelle.

Line starts at Termini international station, follows the route of the FR4 til Ciampino station where heads to Frosinone and Cassino.

Line starts at Termini station and goes to Latina. First section to Campoleone is the same route than FR8. After Campoleone stops are : Cisterna di Latina and Latina.

FR frequencies depends on many factors so we can't inform accurately. 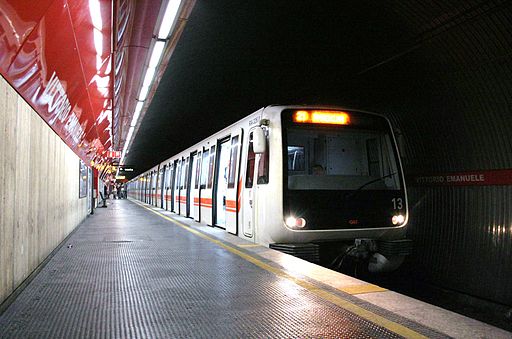 There are also buses that go from the airport to Termini station. Among these buses are the Terravision bus, the COTRAL bus and the Schiaffini buses.

The opening and closing times for each line are the following:

Monday through Thursday, and Sundays

Line B: The opening and closing times for each branch are the following:

Line A: Opens at Battistini station at 5:30 am, and closes at Anagnina station at 1:30 am.

Tickets, passes, and cards are available to pay the metro's fares.

They are offered in two versions: to Rome, and to the whole region of Lazio.

2) Tickets for rides in Lazio: These tickets offer rides in the region of Lazio, which may include rides to Rome depending on the ticket. These tickets may allow rides to Rome only if they have Zone A stamped on them, which counts as two zones for pricing purposes. They are divided into the following categories: BIRG-Integrated Regional Daily Ticket, BTR-Regional Tourist Ticket, and CIRS-Integrated Regional Weekly Ticket.

Just like tickets, they are divided into rides in Rome and rides in the Lazio region.

During peak hours, take extra care of your luggage and the rest of your belongings while you are on the metro to avoid pickpockets.

Carry a city map with you or ask for directions during your stay in Rome. You could ask for a map in hotels. It is easy to get lost in Rome due to the confusing layouts of its streets.

Buy a Roma Pass if you stay for two or more days in Rome. This pass offers you rides in all of ATAC's means of transportation, allows you to enter in museums for free, and gives you discounts to concerts. Its price is €28.

The metro's stations and wagons are designed to allow easy access to people with disabilities. Among some of the services and accommodations that the metro offers to people with disabilities are: Braille writing on the buttons in the station's elevators, doors that open and close automatically, proper height between the platforms and the train doors to allow easy access for people on wheelchairs, information screens that help people with hearing impairments, guidance systems inside the metro for the visually impaired, among other services. Special lifts are available to help people who cannot use stairs. However, these lifts are not available if the ATAC staff is absent. Follow @infoatac on Twitter to check the availability of these lifts. 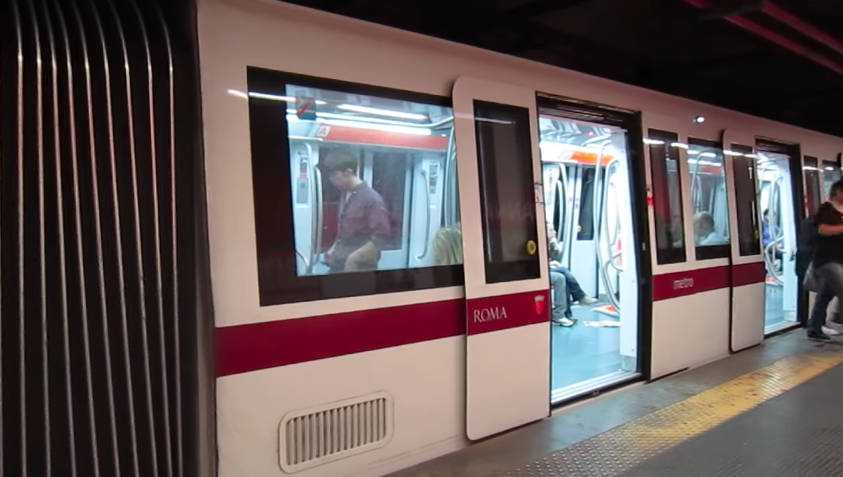 - Park and ride: Offers parking for a longer time than in Blue Stripes parking, with discounts available. They are located in: Metronio, Auditorium, Partigliani, Trastevere and Trieste.

- Bikes: If you enter with your bike to the metro, you must go to the reserved spots marked with a symbol depicting a red bicycle. You can bring bicycles for free if you have the Metrebus Subscription. In line A and in both branches of line B, you can bring folding bicycles any day at any time. You can bring bicycles to the metro whenever you want during August. ATAC is not responsible for any damage that you may cause to yourself or to others with your bicycle. The times when bicycles are allowed in the metro during any month except August are the following:

Line B will have two new stations, which will go from Rebibbia to Torraccia - Casal Monastero. Its railway will be three kilometers long.

A new line, line D, will be built. It is planned to have stations in the regions of Monte Sacro, Ostiense, Monte Sacro Alto, Trastevere, EUR, and Portuense. It will have 22 stations. Its railway will be 19 kilometers long.

The Termini station will be used as a reference point to go to Rome's touristic attractions using the metro. The nearby attractions are the following: