Naples, one of the most important cities in Italy; the place where Pompeii was once built. Its population is approximately 960,079 habitants according to the UN, making it the most populous polis in the south of the nation. This cosmopolitan and crowded city, visited by thousands of tourists every year, requires an important public transportation system that provides the mobility necessary for people who live in Naples. For that reason, in the 1970´s the municipal government worked on the renowned Metropolitana di Napoli. However, in 1980 the famous earthquake at Iripina delayed its inauguration almost for two decades after initial construction on it had begun.

Metros in Italy: The Naples subway

The first step of the project was open to the public in 1993. In that moment, connecting Vanvitelli and Colli Aminei stations; today this line arrives to the newly opened Municipio station. The Naples subway is administered for ANM (Azienda Napoletana Mobilitá), public company owned by the Municipality of Naples, who manages the public transportation in the capital of the region of Campania.

Its 19 stations extend 18km through the city center. In addition, it has 2.3km of light rail distributed along four stations, totaling 23 stops and 20.3 km between subway and light rail. Both working with the name Metropolitana di Napoli. The Naples subway is worldwide known for its beautiful architecture, and for the huge variety of artistic creations that you can observe in every station. Stazioni dell’arte is the name of this project where the subway becomes an underground museum.

The Naples subway is divided into two lines. The first, “Línea 1” or Collinare (mountainous) inaugurated in 1993, is an underground rail line that connects the city center with the mountainous zone of Vomero. Collinare received the Most Innovative Approach to the Station Development Award for London in 2009, for its architecture and design after competing with 300 contestants.

Moreover, Toledo station was chosen for The Daily Telegraph as the most beautiful in Europe in 2012, and repeated recognition in 2014 for CNN. Toledo is one of the 15 stations belonging to the circuit of stations of art. From its opening it has added new stations for a total of 18, and plans exist to expand it in 2020.

The stations of line 1 of Metropolitana di Napoli has 52 elevator located in different stops. The principal reason is to contribute the comfortable mobility of users with the difficulty of mobilization. Also, its installations have industrial furniture, such as mechanical stairs, elevated platforms, and mobile sidewalks. 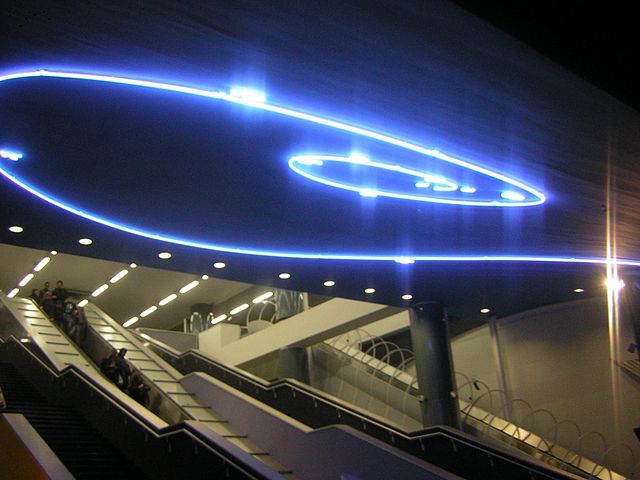 The second line, named Line 6, is a superficial train line inaugurated on January 11, 2007. This line has only 4 stations, but the company ANM is working to extend the line from the Mergellina station to Municipio station of line 1, adding 4 stops. Line 6 has 11 elevators and 14 mechanical stairs. It capacity is 7,200 passengers with a maximum frequency that each operate for 4.5 minutes, even though it is designed to transport 11,400 passengers, on each train for 3 minutes.

The Line 1 works seven days a week from 6:00 am to 11:00 pm. Nevertheless, Fridays, Saturdays, and Sundays the second exits in Rione Alto, Montedonzelli, and Montecalvario station are closed to the public. The Line 1 connect the north of Piscinola/Scampia with Garibaldi station when it connects with high speed national railways from the whole of Italy, including the mountainous region of Vomero and the old town in the city.

The Line 6 has the same opening and closing hours, as Line 1. It connects with Municipio station in Line 1 and with Cumana train in Tecchio station. Mergellina station connects with Trenitalia system and Line 2.

To access the subway services need to buy the regular travel documents in any places that sale them in the city. Almost 1,059 stores are authorized to sell the subway ticket in addition with the 365 points of sale administered by the Naples municipality.

Another option is to use the text service by ANM Company, buying a ticket with a SMS from a mobile phone or smartphone. The cost is charged to the phone account or credit card account of the user.

Furthermore, beginning January 2015, the company changed its tariff structure, causing new regulations in the region of Campania, including the City of Naples. As a result, a more attractive rate system exists, based on integrated values of the different services provided by the company, such as surface bus service, funicular, and subway. 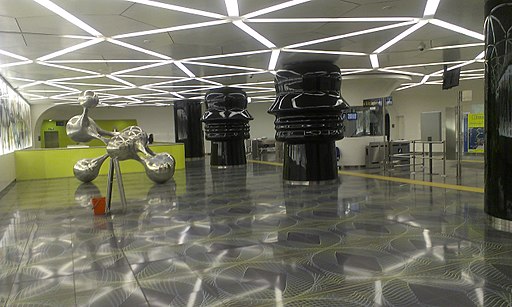 The base cost to travel on Metropolitana di Napoli is 1 €. However, other kinds of tickets may be more interesting, for some citizens or tourists:

From July 20, 2016, the students who have residency in the region of Campania are eligible for the possibility, to choose a special ticket. This ticket allows them, to use the public system transportation in the city of Naples for free, including the Naples subway. The requirements to be met are:

To have the above mentioned requirements, the students will receive a smart card for a single payment of 10 € and with another 40 € for insurance expense. This student allowance is valid for the academic period, for which it has been requested. After that time, the card becomes invalid until a new renovation has been made. This card permits the access to the Metropolitana di Napoli, and other public transportation provided by ANM Company.

Precautions when getting on and off the train

Animal transport: It is allowed to transport one dog per passenger. The dog must be small or medium sized, and travel with its belt and muzzle in order to not cause inconvenience to other users. In these cases, the transport of the animal will be free.

Transport of small children: Children under 6 years old can travel for free if they do not use a seat. However, they need travel with a responsible adult who holds a ticket or travel card, and a child ID to corroborate their correct age.

Transportation of luggage: Free baggage allowance of not more than 20kg or 70x50x30 cm of size. Any luggage greater than these dimensions cannot be transported on the trains.

Bicycle transport: The free transportation of bicycles is allowed on Line 1 and Line 6. On Line 6, a bicycle can be transported throughout the day. Nonetheless, in Line 1, a bicycle is restricted only in the weekdays from 6:00am to 7:00 am and from 8:00pm to the end of the day.

In case of violating any of the prohibitions or not complying with the established facilities of Metropolitana di Napoli, the user can be fined with the payment of 100 times the ticket rate.

Moving from the city center of Naples to the airport is extremely simple. The good connection of public transport facilitates, the transfer of visitors from one place to another. To get to the airport, the passenger must take a train on the Line 1 of the Metropolitana di Napoli to Garibaldi station. Once in place, the visitor must go to the bus stop Alibus. This is located near the subway station. The bus to the airport frequency time is 20 minutes, and traveling to Naples Airport lasts between 15 and 20 minutes. The bus drops off at the bus station inside the air complex.

In case of travel from the airport to the city center of Naples, the user must take the Alibus in the bus station inside the air complex to the central station. This bus has only two stops, one on Garibaldi station, and the other in the port of Naples.

Tourism near the stations

Among the extensive tourist and cultural offerings that the city of Naples has, it is possible to emphasize three places of obligatory visit. The first place is the Fountain of Neptune (Fontana del Nettuno), located outside the Municipio station in Line 1 of Metropolitana di Napoli, in the square of the same name. This sculpture was built during the vice-royalty of Enrique de Guzman in the centuries XVI-XVII. Also, in the vicinity tourists can admire the magnificent Palace of San Giacomo, the beautiful Castel Nuovo, and the panoramic view of Vesubio and the city bridge.

Near to the Dante station is the monumental square of the same name, located in the center of the city. It is an icon of Naples and a tribute to one of the most celebrated Italian writers. Another place that should not be missed is the National Archaeological Museum, close to the Museo station. It is considered one of the most important in the whole of Europe, and tourists can find sculptures, paintings and creations from ancient Egypt. This place is visited by more than 200,000 people each year.

The art stations in the subway of Naples were created as a project of the city municipality. The idea was to bring contemporary art to residents and tourists in beautiful and harmonious environments. The users enjoy the creations that seek to spread the sensibility for the arts, creating awareness of the importance it has for human beings. The works belong to the best contemporary artist, resulting in an extraordinary multiplicity of styles. The assembly of the work was carried out with the artistic coordination of Achille Bonito Olivia, for a total of 200 works. This is one of the greatest examples of world faith art outside a traditional museum; or in other words, it is the largest open museum in the world. In addition to its contribution to humanity, the project represented an engine for the modernization along the urban city.