The Detroit People Mover is the metro service in the city of Detroit, the United States. It was inaugurated on July 31st, 1987. It has 13 stations. It only makes connections with the QLine. You have to use both buses 125 and 19 to get from the airport to Broadway station, the nearest metro station. The trains usually run from 6:30 am until 2:00 am. Each ride costs $0.75, and you have the option of buying passes. Try to not to use the metro during days of popular sports games, since the metro is too crowded during those days. Each station displays mosaics done by different artists. No expansions are planned for the metro. Most of the stations are within walking distance of many touristic attractions.

Metros in The United States: The Detroit People Mover

Detroit is a city in the state of Michigan, the United States. It is the capital of Wayne County. With a population of approximately 700,000 inhabitants, it is the largest city in Michigan, and is the 21st most populated city in the United States. The city is famous for its cars, as well as its museums, art, and sports teams. The city’s airport is the Detroit Metropolitan Airport.

Public transportation in Detroit consists of public bikes, buses, the metro, and a light rail known as the streetcar. Public bicycles are offered by MoGo. Regular buses, which are yellow and green, are provided by the Detroit Department of Transportation. Special buses are offered by a service called SMART. The metro system is called the Detroit People Mover. The streetcar service is provided by QLine.

A new railway service was planned for Detroit since 1966, when the Urban Mass Transportation Administration (UMTA) was founded. The UMTA proposed the People Mover in 1975. It was supposed to be built by the early 1980s, but the project could not get enough funding. The Detroit Transportation Corporation (DTC) was in charge of the construction of the metro (DTC was founded in 1967.) DTC took charge of the construction of the metro in 1985.

The People Mover was inaugurated on July 31st, 1987. During the year that the metro opened, the metro was the property of the Urban Transportation Development Corporation (UTDC.) The Metro is currently owned by DTC.

During its first years, the metro ran counterclockwise (the 13 stations form a loop.) However, after July 20th, 2008, after maintenance labors, the metro was modified to run clockwise. 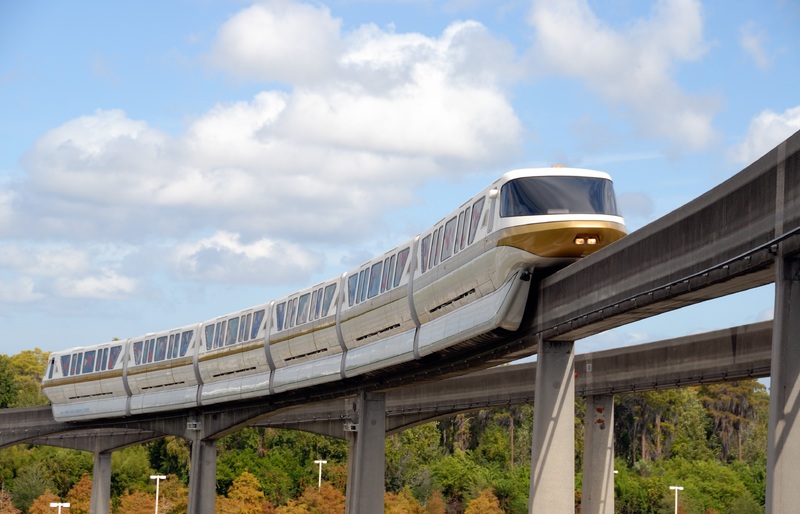 The People Mover has one line and the following 13 stations:

Located at 1441 West Broadway at John R. It is inside a YMCA building. It has one side platform. There are theatres, antique shops, regular shops, and music venues near the station. Parking is offered in four places: Opera House Garage (1426 Broadway), Ford Field Parking Structure (2000 St. Antoine), Premiere Underground Parking Garage (1208 Woodward), and Gem and Century Parking Deck (333 Madison).

Located at 1250 Park, between Washington Boulevard and Cass, in Grand River Avenue. This is the People Mover’s main station. This is where both the maintenance building and the operator of the metro are located. There is no parking available nearby. Among the places of interest nearby are the Level One Bank and the Eve’s Downtown Gourmet.

Located in 9 Park Street, close to Woodward Avenue. This station has three side platforms. It is close to a park called Grand Circus Park. This district has many theaters and sports facilities. There is parking offered in two places: the Grand Circus Park Garage (1601 Woodward), and the Fox Theater Garage (50 West Montcalm).

Located at 711 Cass Avenue, close to Fort Street. Parking is offered at two places: Park-Rite Lafayette (458 West Lafayette,) and Newport (1009 Cass.) It has one side platform. In this district, you will find the Headquarters of the newspapers Detroit News and Detroit Free Press. You will also find the largest bookstore in the world within walking distance.

located at 1220 Cass Avenue, close to Michigan Avenue. It has one side platform. It is used by around 150,000 people per year. There is public parking available. You will find a statue of Alexander Macomb, a general that participated in the War of 1812. 6. Joe Louis Arena Station: Located at 600 Civic Center Drive, between Jefferson Avenue West and Third Street. It is used by around 180,000 people per year. This station may be dismantled in 2017. Parking is available at Joe Louis Arena Garage (900 West Jefferson.) There are family friendly entertainment venues nearby. The station’s name comes from Joe Louis, the world’s boxing champion in 1937. You can find the Wayne County Community College close to this station.

Located at 333 East Jefferson Avenue, 5th floor of the Millender Center Building. This station has around 95,000 passengers per year. From this building, you could go to Coleman A. Young Municipal Center and the Renaissance Center. This station is used by guests at the Courtyard Marriot Hotel. Parking is offered in four nearby places: 440 East Congress, First National Garage (660 Woodward, First National Building,) One Detroit Center Garage (500 Woodward,) and the Millender Center Parking Garage (331 East Larned.)

Located at 133 West Larned, between Griswold Street and Shelby Street, inside the 150 West Jefferson building. The headquarters of many banks are close to this station. Around 76,000 passengers per year use this station. Another nearby place is Hart Plaza, where many of the biggest ethnic festivals in the United States are held. This station has the same name of a nearby district. It is close to the headquarters of the SMART buses. Parking is offered in six places: the Millennium Garage (432 West Congress,) 150 West Jefferson Parking (Building Parking,) Griswold Larned Parking (Buhl Building, 525 Griswold,) Financial District Garage (730 Shelby,) Miller Congress Parking (440 East Congress,) and Ford Underground Garage (30 East Jefferson.)

It is located at 1055 Beaubien Street, in the third floor of the Greektown Casino, between Lafayette Boulevard and Mourse Street. This station has the highest ridership per year compared to all other People Mover stations. It has around 560,000 passengers per year. It is named after the Historic Greektown district. Many ethnic dishes from many different countries are served at the nearby restaurants and cafes. Parking is offered in two places: in Greektown Garage (660 Macomb,) and in Greektown Casino Hotel Parking Garage. 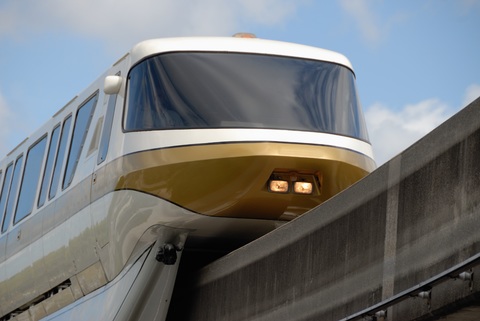 The People Mover does not go directly to the airport. To go from the Detroit Metropolitan Airport to the closest metro station (Broadway Station,) first, walk to Metro Airport McNamara Terminal. Then, board bus 125, and travel Northbound during 45 minutes. After 74 stops, get off at Outer Drive and Fort. Walk to Fort and West Outer Drive. Next, board bus 19 towards 19 Fort Eastbound during 30 minutes. After 48 stops, get off at Rosa Parks Transit 49 EB. Finally, walk 0.5 miles to Broadway Station.

2) Frequency of trains: there are trains every three minutes.

- Single rides: One ride costs $0.75. You can pay it in cash or buy a token to use it to pay for the ride. If you pay with cash, you can only use the following coins: quarters, dimes, and nickels. 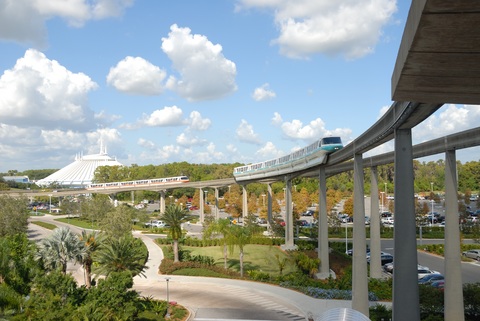 Tips in the People Mover

2) The metro is driverless.

Some other metro maps of Detroit