As the Gwangju metro started operation, Gwangju became the fifth city of South Korea after Daegu, Busan, Incheon and Seoul to have a rapid subway transportation system. It currently has a single operational line connecting 20 stations on a 20.1 km long track. The Gwangju Metropolitan Rapid Transit Corporation operates the line. Every day, around 46600 commuters use this metro system.

Gwangju is the sixth-largest city in South Korea with over 1.4 million of a population. It used to be the provisional headquarter of South Jeolla Province. It houses more than ten universities and attracts tourists from around the world.

All these were quite enough reasons for the city authority to plan for an underground rapid transit system. After multiple delays, eventually, on August 28, 1996, the construction of the first line started officially. The partial operation began in 2004 connecting Nokdong to Sangmu. In 2008, the remaining route from Sangmu to Pyeongdong was added to it.

The trains run from 05:30 AM to midnight. The average frequency of trains is 8 to 10 minutes. During morning office hours, trains run every 5 minutes. In the evening rush hours, you’ll get a train every 7 minutes.

Line 1 connects the east-west corners of the city. Starting from Pyeongdong it runs through important areas like Gwangju airport, Culture Complex, business district of Sangmu, downtown near Geumnammo-4 and 5 and ends at Nokdong. The two terminal stations are above the ground and the rest is underground. The section between Nokdong and Sotae is a shuttle line with trains coming every 30 to 60 minutes. 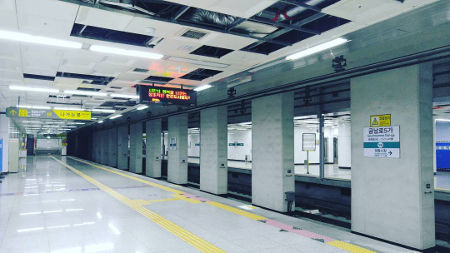 A complete journey on this line takes around 37 minutes. Transfers to KTX and KoRail are possible at Gwangju Songjeong Station. A bus route operates near the Nongseong station.

Gwangju city authority has plans to stretch Line 1 further. Towards the south, it will be extended to Hwasun and towards the north to Naju. This has now become a part of the 5+2 extensive economic zone project and is getting high priority.

Line 2 was initially conceived as a ring-shaped route but the city government is now considering making it a north-south line. If constructed as a ring type line, it will be a 27.4 km long track connecting stations:

Constructed as a north-south line, it will have a 24.58 km long route connecting stations:

Residents of Gwangju will make the final choice. There is the proposal of Line 3 also, though official information on that is yet to be published.

The subway system doesn’t discriminate in fare on the basis of distance traveled. A flat rate applies to all journeys. However there are two alternative ticketing options and each of them costs you different. You can choose to buy either Traffic Card or Single Journey Ticket.

Discounted or free-ride is possible, subject to certain conditions, on city buses and other public transportation vehicles using traffic cards. For groups of 20 people or more, there is also discount available on the total ticket price.

Tickets should be purchased from ticket vending machines located at the stations. Pre-paid traffic cards are available at metro station centers and at convenience stores.

Get the details of fares and discounts here.

Compared to Seoul or Incheon system, Gwangju metro system is small in size and coverage. Still, the authority makes available a plethora of amenities to make the journey an enjoyable one.

The Gwangju Metropolitan Rapid Transit Corporation has set rules to ensure the safety of the riders and better management of the system. 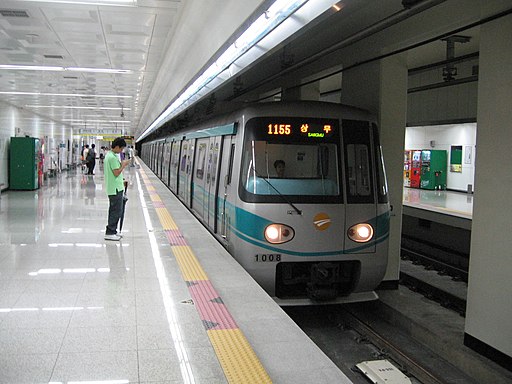 These are few tips that can further smooth out your journey via Gwangju Metro.