The Daejeon Metro has only one operational line, and counts with 22 stations and a 22.7 kilometer long underground track.

The Daejeon Metro´s business hours are from 5:30 a.m. to midnight.

The Daejeon Metro´s fares depend on the number of kilometers that the passenger decides to travel, as well as the passenger´s age.

The closest airport of the city of Daejeon is the Cheongju International Airport, located at 61 kilometers from the downtown area. Even though the metro does not travel directly to the airport, there is another train line that travels there daily.

The tickets can be acquired from the ticket booths outside of the platforms, and via a mobile app. As an additional fact, the vehicles depart in an average of four hours from the train terminal.

It is also worth noting that the Cheongju International Airport does not only attend to the city of Daejeon, but also serves as an access point for the rest of the cities and the nearby towns. The train stop that attends the building is located at 600 meters from it, from which other trains also depart to other locations in South Korea.

Daejeon is the fifth most populated city of South Korea, and it is locally known as the Asian Silicon Valley, since it hosts some of the most important technological firms of the country.

Even though it only has 1.5 million inhabitants spread throughout its 538 square kilometers at the metropolitan area, Daejeon has 18 universities. Among these universities include the Korean advanced Institute of Science and Technology and the Chungnam National University, which are the highlights of the region´s universities, ranking first in terms of quality of education of the continent.

Historically, Daejeon was a scarcely populated area, until the country´s central government decided to decrease the population density of the overcrowded city of Seoul at the end of the 80s.

Some of the government offices had to be relocated, including the Management of Cultural Heritage Office, the Korean Office of Intellectual Property, the Korean Customs Service, among others. This relocation achieved a significant increase in the population of the city.

Inevitably, the population increase resulted in a higher demand of services, such as public transportation.

In fact, on 1995, the local authorities announced the construction of a subway system that would cover the needs of its citizens, which was named the Daejeon Metro. 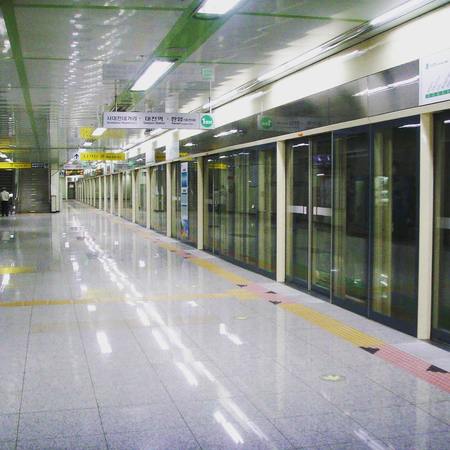 The project´s works began in the first half of 1996, and it was planned to open on the year 2003. However, the 90s´ financial crisis that had a huge impact on the economies of Southeastern Asia considerably delayed the inauguration date, which ended up taking place on 2006.

Since then, the project has been expanded, and it currently includes 22 stations and 22.74 kilometers of railway, crossing through the downtown area.

The Daejeon Metro has a single operational line, which has 22 stations and 22.7 kilometers of underground tracks. It goes from the northwest of the city to the southeast, crossing through the center. It has a daily ridership of 113 thousand passengers. It is managed by a local company, and its signature color is green. 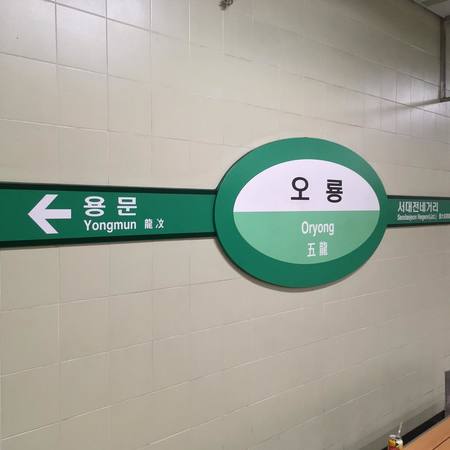 The Daejeon Metro has many connections with bus lines in most of its stations. However, two of them have special importance since they allow travelers to make a transfer to different railway lines that go towards many parts of the country.These are:

The Daejeon Metro begins offering service at 5:30 a.m., working non-stop until midnight. Even though it is open for a very limited number of hours, which is inconvenient for people that need to use public transportation after midnight, the subway´s business hours is still open during enough hours to cover the needs of most of the citizens.

The business hours do not vary in any way during weekdays, weekends, or holidays. Its schedule always remains the same, with the exception during days when the metro´s authorities have to interrupt the services during short periods of time. This information tend to be published on the company´s social media, specially Twitter.

However, the vehicle frequency does change depending on the hour and the day. During weekdays, the train frequency is of 4 minutes during off-peak hours, and, during peak hours, it decreases to only 2 minutes. Additionally, after 10:00 p.m. during weekdays, the users will have to wait between 6 and 8 minutes between each train. Meanwhile, on weekends and holidays, they keep their regular frequency all day long, which is four minutes per train. 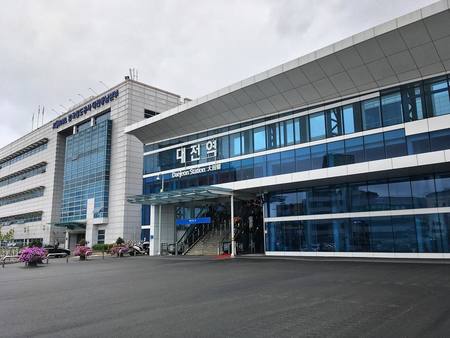 The Daejeon Metro´s fares depend on the number of kilometers that the passenger decides to travel, and the age of the passenger. The distances are divided into the following:

Age groups are divided into the following:

There are many ways to pay for the metro. For instance, you can get a standard ticket for a journey that known as Token, a reloadable card named Traffic Card, and a simpler version of the aforementioned card, which is called the 3S Card. Each payment option has a different price, and each one adjust to the needs of different customers.

Note: People with disabilities, children under 6, people over 65 years of age, war veterans, and people with outstanding achievements are exempt from paying their rides on the Daejeon Metro. 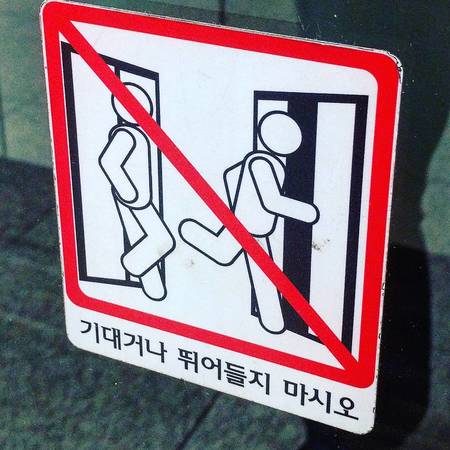 The tickets and cards can be obtained on the subway stations and at the authorized booths. Additionally, you can download a mobile app that allows you to refill your card balance so you do not need to buy a physical ticket. 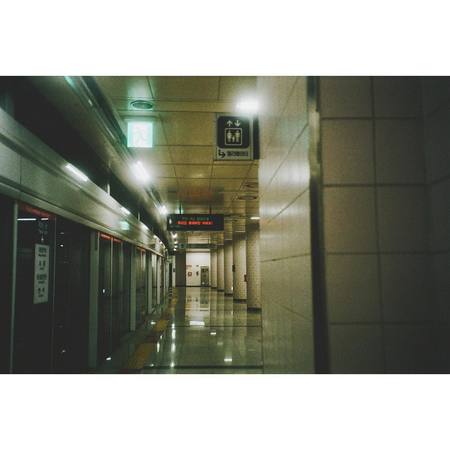 The closest airport to the city of Daejeon is the Cheongju International Airport, located at 61 kilometers from the downtown area. As far as that may seem, it can be easily reached since it is connected via a train line that makes journeys between the airport and the city.

You will just need to reach the Daejeon Metro station, form where you can reach the train terminal of the same name. From there, you can buy tickets for the Chungbuk Mugunghwa. You will need to check beforehand with the people in charge of selling the tickets if the vehicles are currently going to the airport since the trains stop at other six stations before reaching the airport.

One of the expansions planned for the Daejeon Metro is the construction of line 2, which will be inaugurated on 2020. The new line is planned to cover a total of 37 kilometers in railway length, and it will be circular-shaped. It will bring transportation to the neighborhoods surrounding the downtown area.

Research from the Korean Institute of Development and the Ministry of Finance and Economy began on the year 2012 to determine if the project was worth the investment.

However, many environmental groups protested since the project would make a negative impact on the green areas of Daejeon. Due to the complaints of these organizations, the blueprints of this project were modified so that the initial heavy subway system, like line 1, had to be replaced by a light rail line. However, it would keep its road length.

The construction began on 2018, and the inauguration of the first part of this expansion will take place two years later. According to the people in charge of the project, this line will be fully automatic, and it will have 34 stations.

Additionally, there is a third line planned, which will be known as line 3. Just like line 2, it will be a light rail system, with the difference that this line will have 26 kilometers of track length.

However, with of all of the railway lines currently under construction that will connect the city to the Chungcheong region, this project is currently on hold, and it will be like that indefinitely. This seems strange, since research about the regions that would benefit from this project, as well as the cost-benefit of it, was done between the years 2015 and 2017.

A few blocks near the Daejeon Government Complex station, users can reach the Hanbat Arboretum Park, which hosts a significant number of cultural spaces.

This place hosts facilities such as the Daejeon Cultural and Performing Arts Center, the Daejeon Museum of Arts, the Pyeongsong Center of Youth Culture, and the Ungno Lee Arts Museum. All of these facilities are surrounded by large green areas full of trees and tress where people can rest.

Also, it has a botanical learning center where students from all over the country can learn about the South Korean tree diversity. These spaces are designed to host a large number of people, which is why the local authorities tend to organize events at the park. These events encourage people to organize family reunions, as well as to celebrate national holidays. This places grows non-stop, and new facilities are often inaugurated. This fact makes people to be always on the watch for new events on this place, and it keeps them interested so that they can revisit the facilities.

Meanwhile, near the Yuseong Spa station, the Yuseong Hot Springs are found. This is a space visited often by the local citizens to enjoy the hot springs that are located in here. According to the managers of the place, the water of these springs has special properties since it has alkaline minerals, which makes it useful to treat a variety of illnesses.

This place is manly visited by senior citizens due to the previously mentioned medical benefits. There are many hotels and inns on the surrounding area that serve as a place to stay for the tourists that come specifically to enter the Yuseong Hot Springs facilities.

The fame of the hot springs´ healing properties also comes from an ancient legend about a mother that brought her fatally wounded child to the edge of the river and, after submerging him a couple of times, she witnessed the miraculous recovery of her child. Without a doubt, this is a highly recommended place to go if you plan to stay on this city for a while.