The Volgograd Metro is comprised of a single line with two routes. It has surface levels tracks that use tramway rails, and underground tracks that use metro rails. The system habitually works from 5:55 am until midnight. Its frequency varies from two to four minutes during peak hours, to five to 7 minutes during off-peak hours. A passenger can travel the system from end to end in 32 minutes. The price for a trip in any of the light railway trains that are integrated to the Volgograd Metro is of 25 rubles (0.42 USD.) The Volgograd Metro does not have a direct connection with the Volgograd International Airport, but it can still reach it by making transfers towards many kinds of public transportation.

Volgograd is a city located in the southwestern region of the Russian Federation, and has 1,021,200 inhabitants distributed throughout more than 500 square kilometers. It is a region with a low population density. It was previously known as Stalingrad, specifically between the 1920s and the 1950s. It was not until 1961 that it got its current name.

The territory is an important industrial center, where railroads from all over Russia meet together in its vicinity. The most important industries in here are oil refining, the production of steel and aluminum, as well as the chemical industry.

During World War II, this city became famous worldwide for hosting one of the worst battles between Germans and Soviets, culminating with the victory of the latter. At the end of the war, Volgograd became the important industrial metropolis that it is today.

And so, just like it would be expected, the city’s economic development brought improvements to the city’s mobility. One of these improvements that stands out is the construction of a system of light rail that offers underground journeys, known as the Volgograd Metro.

Its opening took place in 1984, after 8 years in construction. It transits by 8 important zones in the city, going through Volgograd’s downtown until reaching the north of the city. All of the trains that operate in its two currently available lines were designed and built in local factories, a curious fact that is quite interesting. Currently, over 10 million users travel through this system each year.

The Volgograd Metro or Volgograd Tramway is a light rail system with subway elements. It currently has 22 stations, and its network is 17.3 kilometers long. From these stops, only six are located underground, adapted to the worldwide subway standards. These six stations represent 7.1 kilometers of the entire system. The rest of the stops are located at surface-level, and are very similar to tramway stops. This is due because of the nature of the terrain where the trains transit, where underground stations are more appropriate. Also, thanks to the underground path, traffic is avoided since there are no other means of transportation that transit in here. Therefore, the trains can move at faster speeds. 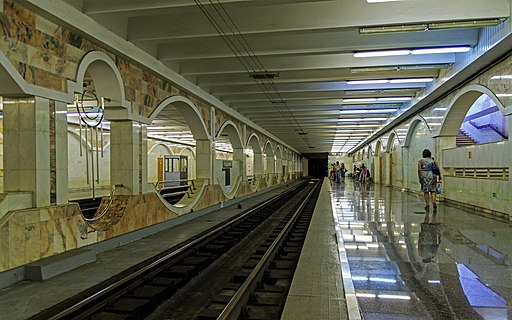 The system is in charge of giving service to the adjacent neighborhoods to the north of Volgograd, connecting them downtown through its only line. However, this line has two routes. The trains drive at a speed of 25.3 km/h. In average, the trains can travel the entire network from end to end in 32 minutes. In general, the trains reach the platforms with a frequency of 10 minutes.

It is important to note that, in the course from Yel’shanka station to Stadion Monolit, the vehicles can only open their doors from one side. Meanwhile, the trains that transit the Stadion Monolit-Traktornyy Zavod are able to open their doors from both sides. This is the reason why the authorities needed to divide the railway into two. The Volgograd Metro stations will be shown below:

Additionally, there are currently other six stops under construction in the north.

The Volgograd Metro generally works from 5:55 am, once the first train of the Yel’shanka station departs, until midnight, when the last vehicle arrives at the Tractor Factory stop. The train frequency varies from five to 7 minutes during off-peak hours, and varies between two and four minutes during peak hours. Between the afternoon and the evening, the train frequency changes, varying between 7 and 20 minutes. The complete route can be traveled in 35 minutes. Delays are uncommon, so you can plan your own schedule without worrying that the metro would arrive late.

The price for a trip in any of the light railway trains that are part of the Volgograd Metro is of 25 rubles (0.42 USD.) Although, if you take one of the routes where only the surface level tramways operate, the fare is reduced to 20 rubles (0.34 USD.) The passengers can pay the fee with traditional tickets, as well as with the transportation card. The latter can be a very convenient option for people who stay for a long time in the city and frequently use the metro. Both are available in the ticket booths that are adjacent to the turnstiles, as well as in the ticket vending machines, which are called Metroelektrotrans.

In case of acquiring the transportation cards, called “Wave,” you will have access to many different subscriptions that could be very attractive. Each payment option will be explained below:

Besides the basic Wave card, which is green and includes the previously mentioned subscriptions, other cards with different colors are available for specific users. These cards offer reduced prices. The different cards will be shown below: 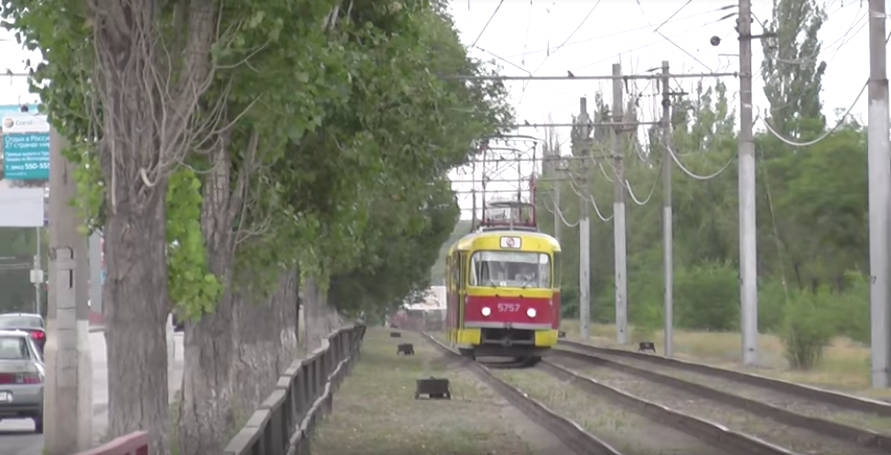 The Volgograd Metro’s authorities have plans to expand the system, including a third section that would add 7 kilometers to the current network. However, there has not been a lot of information about this work, even though there were plans to finish it by 2018 and that there were over 400 million rubles allocated to begin the project.

The Volgograd Metro’s facilities have a closed-circuit camera system that guarantees the safety of its passengers. Also, there is qualified personnel that are aware at all times to intervene in case of emergency. There is also a specialized unit that monitors any suspicious behavior, which are responsible of identifying individuals that may be potentially dangerous to other passengers. Likewise, the K-9 units are alert at the stations. All of these measures come from a special plan followed by the city’s authorities to prevent terrorist attacks, one of the citizens’ main fears.

The Volgograd Metro does not have a direct connection with the Volgograd International Airport. In other words, no train reaches directly to the airport, since there are no stations there. However, by using other means of public transportation that connect to the railway system, the user will be able to reach the airport without a hassle.

To do it, you will need to find a station, board the metro heading towards Komsomol Street and, once there, get off and go to the surface. Outside, you will need to walk 120 meters towards the Dom Tekhniki tramway stop, where you will travel through 13 stations until reaching the Kosmonavtov St. terminal. Once you end this journey, which generally lasts around 19 minutes, you will need to disembark the vehicle to board a bus from the line 6K. The bus stop allows transfers with the tramway.

Once you are in the bus, you will travel for 48 minutes and 20 stops before reaching your destination, the Aeroport terminal, which is just in front of the airport. The entire journey between the Komsomol Street Metro Station and the Volgograd International Airport lasts around two hours.

Meanwhile, if you want to go from the airport to downtown Volgograd by using public transportation, you will need to follow these steps. First, outside of the airport, you will find the Aeroport bus stop, in which many lines that travel towards the entire city transit. Once there, you will have to wait for a 6K route bus, although you could use other public transportation services that also have downtown Volgograd as a destination. Later, once you are inside the vehicle, you will travel through 20 stops until you reach the tramway station of Kosmonavtov St, where you will have to board a train that heads towards Dom Tekhniki. From there, you will be able to reach the metro’s Komsomol Street terminal.

At Mamayev Kurgan station, Volgograd’s visitors can witness the impressive Mamayev Kurgan Hill, the place where the famous The Motherland Calls statue lies, or, like the literal Russian translation calls it, The Motherland Calls! It is a beautiful monument that commemorates the epic battle that took place in the city that was known during World War II as Stalingrad. The creators of such a majestic work were the engineer Nikolai Nikitin and the sculptor Yevgeny Vuchetich, inaugurating it on 1967. It is currently recognized as the tallest statue in the world, with 87 meters in height. Although similar statues of taller dimensions may be built, The Motherland Calls statue will still be greater due to its complexity and symbolism.

Meanwhile, at Lenin Square stop lies the famous Volgograd State Panoramic Museum Stalingrad Battle, a museum where details about the famous battle at Stalingrad are told. Within its facilities, the visitors will find tanks from the war, tools used during combat, weapons and uniforms from those patriotic heroes that defended their country during the Nazi invasion. The place is full of history and offers guides that speak English to talk to foreigners. Not only will you be able to enjoy the exhibits on the inside of the building, but you will also be able to go outside and watch planes, samples of convoys, as well as vehicles that were used during battle.