The Samara Metro service is comprised of one line, 10 stations, and a 12 kilometer long railway. It works between 6:00 am and midnight, with a train frequency between 10 and 12 minutes. An entire trip throughout all stations lasts 21 minutes. The basic fare is 25 rubles, but there are different prices available. There is no direct connection to the Kurumoch airport.

Metros in Russia: The Samara Metro

Samara is a vigorous city located to the Southeast of the Russian Federation, with a population of over 3 million inhabitants in its metropolitan area. It is ranked 6th in the country in number of factories, being an important location in the manufacturing sector.

Between 1935 and 1991, or in other words, while the Soviet Union lasted, the city was known as Kuibyshev, as a way to honor a prominent Soviet politician. During that time, the city experienced firsthand the Space Race between the USSR and the United States, since it became the place where factories manufactured the components for rockets and satellites.

It was precisely this aspect that would influence the future development of Samara, which would host hundreds of engineers, scientists, and scholars interested in the topic of space. Therefore, the population of this area increased significantly with the turn of the second half of the 20th century.

Just as expected when population increases, the city’s administration had to restructure the roads of the region, specially, the public transportation roads.

For this reason, in 1980, the central Soviet Union government approved the construction of a metro service that would satisfy the transportation demand of the citizens of this metropolis. Later, research with the purpose of determining the viability of the project was carried on, greenlighting the construction of the metro. In 1982, the construction began. The works lasted five years, culminating in the inauguration of the Samara Metro in 1987.

Currently, the subway system has one line and 10 stations, with roads covering a total distance of 12 kilometers. The stops are impressive due to their beautiful internal architecture. This feature is common in the metro services of the extinct Soviet Union. Although it is a small metro, it still has a relatively high ridership, transporting around 44,000 people daily.

The Samara Metro has a single route of 12 kilometers of total length. There are 10 stations operational, which are located between Yungorodok station, at the city’s industrial area, and Alabinskaya, located in the Oktyabrsky district.

There are currently projects for a second line, and there are even discussions about building a third line. Both of these lines will serve as a complement for the first line.

The stations for the Samara Metro are the following:

Yungorodok Station (Юнгородок): This was the first station of the subway system, opening on December 26th, 1987. It is a surface-level stop, located at the Industrial District (Промышленный район). Its name comes from the neighborhood where it is located, which is also called Yungorodok.

Kirovskaya Station (Кировская): Just like the previous station, it was inaugurated on December 26th, 1987. It is located on the Soviet District (Советский район). The station’s name is a commemoration of a distinguished Russian politician called Sergei Kirov.

Bezymyanka Station (Безымянка): The station was inaugurated on December 26th, 1987, at the Soviet District (Советский район), just like the previous station. The platform for this stop is remarkable due to its simple, modern, and minimalistic architecture. This design takes the idea of a platform for a public transportation system to a whole new level.

Pobeda Station (Победа): The inauguration of this station was done on December 26th, 1987, making it, just like the previous stations, one of the first stations of the Samara Metro. It is located on the Soviet District (Советский район). This station distinguishes itself from the rest thanks to its architecture and design, fitting the definition of elegant to a T.

Sovetskaya Station (Советская): This station dates back to December 31st, 1992, and it is located on the Soviet District (Советский район). The station was given the same name of the district on which it is located. Its walls are decorated with marble, which contrast with the beautiful gray granite floor.

Sportivnaya Station (Спортивная): The inauguration of this station took place on March 25th, 1993, and it is located on the Soviet District (Советский район). The design consists of marble walls, with shades that go from light gray to pale white. The walls' colors contrast with the floor’s colors, which was designed in red granite. In front of the platform, there are mosaics with a sports theme.

Gagarinskaya Station (Гагаринская): It was opened to the public on December 26th, 1993, on the Railway District (Железнодорожный район). The name of the station comes from the name of the street where it is located. In fact, during its construction, the station used to be called “Prospect Gagarin.” With respect of the design, the platform’s walls are inspired by rockets used in space missions, to remember the city’s importance during the Space Race.

Moskovskaya Station (Московская): This is one of the stations inaugurated on the new millennium, since it was opened on December 27th, 2002. It is also located on the Railway District (Железнодорожный район). As it can be clearly seen, the name is a tribute to the country’s capital. And, as a fun fact, during its construction, the station was known as “Project Karl Marx.”

Rossiyskaya Station (Российская): It is a quite recent station, since it dates back to December 26th, 2007, and it is located on the Oktyabrsky District (Октябрьский район). Unlike the rest of the stations, it has two platforms, with trains going at different directions at each platform. The name represents the predominant nationalistic sentiment of the Russian community.

Alabinskaya Station (Алабинская): It is the most recently built station since it was opened to the public on February 1st, 2015. It is located on the Oktyabrsky District (Октябрьский район). The platform’s walls are decorated with a beautiful white marble, which goes in harmony with the roof, which is also completely white. The roof’s white color allows it to reflect the color of the lights that illuminate the station. 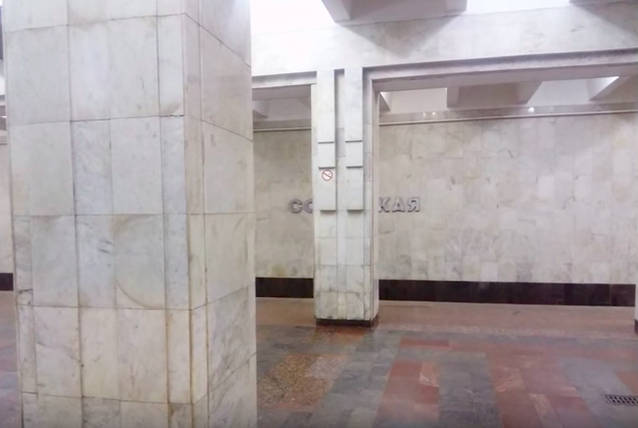 With the purpose of satisfying the transportation demand of the Samara citizens, the subway system offers its services for a generous period of time. Its business hours are from 6:00 am and midnight. Service is generally available all week long. However, it is possible that the stations close for a period of 24 hours during occasions when maintenance works are necessary.

There are trains available during a frequency between 10 and 12 minutes all day long. Unlike many other similar railway services, the Samara Metro does not offer additional trains during peak hours. The rail cars drive at an average speed of 34 kilometers per hour. Therefore, a journey between the Yungorodok terminal station and Alabinskaya station lasts only 21 minutes.

The price for a trip on the Samara Metro is currently 25 rubles (0.43 American dollars.) Plastic tokens can be purchased to be used as a form of payment for the metro, which are valid for a one-way trip or a round-trip. These tokens are available at the ticket boots within the stations.

However, since the year 2009, electronic cards became available for the metro service, which allow way more trips than the tokens. Just like tokens, which work just like regular tickets, cards can be purchased in the ticket booths that are found in the metro stations. Also, these cards offer subscriptions to university students and high school students, which could be quite attractive to them because it allows them to save money. A summary of the prices and cards for the Samara Metro will be shown below: 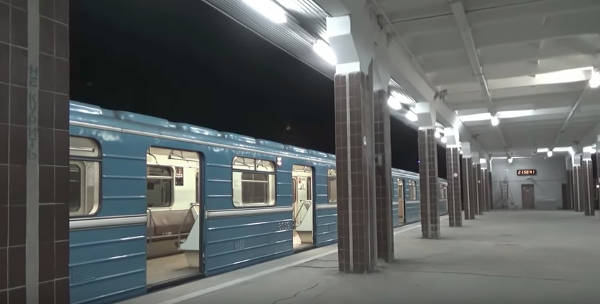 Besides these subscriptions, there is a list of people who have the possibility of travelling for free on the Samara Metro. People who can use the metro for free are the following:

The Samara Metro has state-of-the-art security services. Security is divided into the following three categories:

Currently, a second line is being built for the Samara Metro, which will complement line 1. The project consists of the construction of 9.57 kilometers of railway and six stations. The names for these stations have already been assigned.

Although the project was announced on 2013, it was not until 2015 when a national construction company finally got the concession to initiate the construction. Currently, there is no planned inauguration date for line 2. There are very high expectations for this line, since it will give transportation to the people in the highly populated neighborhoods in the city.

Likewise, the Samara authorities have discussed the possibility of building a third line, but there is not a lot of information available about it yet. In any case, its construction would begin after line 2 is finished.

The Samara Metro has no direct connection to the Kurumoch International Airport. However, you can transfer to another transportation service to reach it by using the subway. To do this, you will need to board the metro, and head towards Bezymyanka, where you can board a line 78 bus. The bus stop is just in front of this station. This bus will bring you directly to the airport.

To make the trip from the airport to Bezymyanka, it would be same trip but in reverse order. A bus stop is located in front of the airport, in which buses that go to the city are found. Here, you will have to wait for the line 78 bus. Once you board this bus, you can make yourself comfortable while you wait to reach downtown Samara.

The Samara Metro is fully connected with buses and tramways that travel throughout the city. The subway’s stations with connections available are the following:

The iconic Municipal Museum Cosmic Samara can be found near the Rossiyskaya station. This is an interesting museum where exhibits about the development of space technology are everywhere. Samara was a center of space-related activities during the Cold War, hosting a lot of factories dedicated to build components for shuttles and rockets. Within the museum’s facilities, the visitors will be able to see parts of real satellites and even a rocket launch site. This museum was opened in 2001 with just a few visitors. These visitors greatly enjoyed the museum. A few years after, this museum became one of the main attraction in Samara.

On the other hand, the Samara Regional State Library of Science is found near Alabinskaya station. This is one of the oldest libraries in Russia, with a refined architecture that can be enjoyed by any visitor that enters its facilities. It is not only a place for reading and entertainment, but it also hosts many of the city’s cultural events, such as plays, orchestras, among others.