The Rio de Janeiro Metro was inaugurated on March 5, 1979. It is the second most used subway system in Brazil, with more than 780,000 passengers per day and 280 million passengers per year. The Metro consists of 41 stations and 2 lines spanning over 57 km long.

Rio de Janeiro is the most famous city in Brazil. Located in the Southeast region of the country, it attracts many tourists to the beautiful beaches, beautiful scenery and lots of fun (especially Carnival).

The state of Rio de Janeiro is one of the smallest in Brazil and also one of the most populous. It it home to about 8.4% of Brazilian population, becoming the largest state of Brazil regarding population density.

Due to having such a large population and receiving many tourists throughout the year, the city of Rio de Janeiro needed an effective transport system for all.

The Rio de Janeiro Metro started its operation in March of 1979 with only 4.3 km of track and 5 stations close to the city. Within 10 days after its inauguration, it was used by more than 500 thousand passengers.

Operated by MetrôRio, the system of the Rio de Janeiro Metro had its first expansion in 1980 with the opening of Uruguaiana and Estácio stations, which increased the number of passengers and made it necessary to increase the number of cars in operation.

At the beginning of 1981, the expansion continued and the Carioca, Catete, Morro Azul (now called Flamengo) and Botafogo stations were opened. In the same year the Metro Line 2 was also inaugurated with the Maracanã and São Cristóvão stations, and Line 1 was increased in its section Sul, with the station Largo do Machado.

In 1982, new stations were opened: Afonso Pena Station, Railway Station São Francisco Xavier and Saes Pena. At this time, the operation of trains on this stretch was from 6:00 to 14:00. 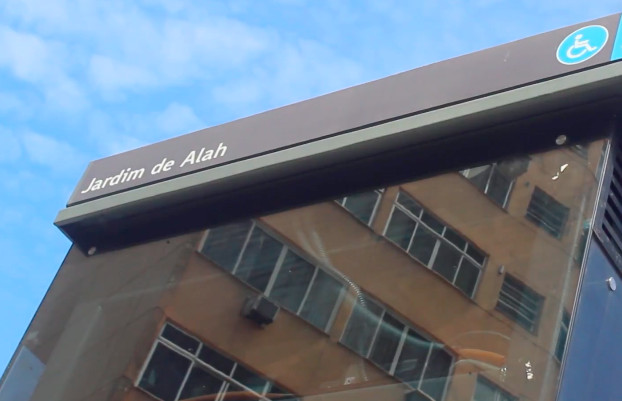 The stations that were under construction in this period were completed and inaugurated are: Maria da Graça, Del Castilho, Inhaúma and Irajá. Trains that made the journey from these stations were "Pre-Metro," which did not have all the features of the Metro today.

In 1984, Line 2 began operating with 5 trains on weekdays, with 6 minutes’ frequency. In 1988, the Triagem station began operating and between 1991 and 1996, three more stations were opened: Engenho Rainha Station, Thomaz Coelho and Vicente de Carvalho. From this moment, the lines began to have more and more trains running.

How to Travel by Metro in Rio De Janeiro?

Open since September 2016. This new line was opened during the 2016 Olympics only for people who had tickets for the games. In September it will be open to the public.

It is possible to transfer to the train service in Rio de Janeiro called SuperVia. It can be made at the following stations of Line 2: Central, São Cristóvão, Maracanã, Triagem, Pavuna.

There are two airports in Rio de Janeiro Galeao Airport and Santos Dumont Airport. To get to Galeao, you need to access the subway line 2 to the Vicente de Carvalho station. At this station, take one of the bus lines BRT (Rapid Transport Ônibus): Transcarioca Line with stops, or the Transcarioca Expressa Line.

It is also possible to reach Santos Dumont Airport by metro. For both, go to Cinelândia station and take the VLT (Veículo Leve Sobre Trilhos) to the airport (the ride is 7 minutes). IMPORTANT: The VTL must be paid with a prepaid card Bilhete Unique Carioca. You can purchase this card at Santos Dumont Airport and the also in other outlets RioCard, and in vending machine. The machines accept cash, but do not give change.

Announcements made in the Metro system are in Portuguese and English. 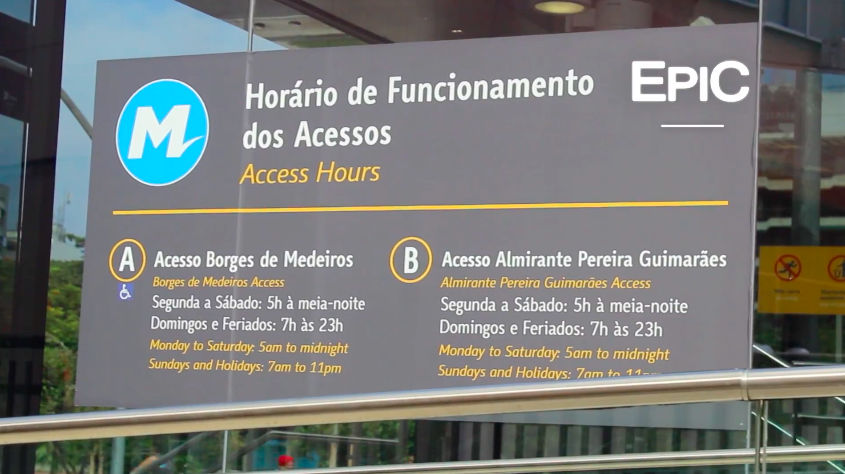 The following people travel for free:

It can be purchased in subway stations or in a vending machine. It is very useful for those who are traveling and want to use the metro system of Rio de Janeiro to see the city. It can be used on the bus and subway without being in queues. It also offers discounts for theatres. Minimum load: R $ 5.00.

The Unitary single card is used only for metro rides and does not provide any additional benefit. If you purchase and do not the use credit, you can request a refund of the amount in one of the subway stations. IMPORTANT: this is the only card that can be used to pay for integration with other public transport services in Rio de Janeiro, such as Supervia and Intermunicipal Integration.

This card can be used in the extension of bus lines, the "Metro na Superfície" service, which completes the system of Rio de Janeiro Metro.

Cards can be purchased at any station in Rio de Janeiro subway, and payment is cash only.

There are some special services at all stations Metro System of Rio de Janeiro: 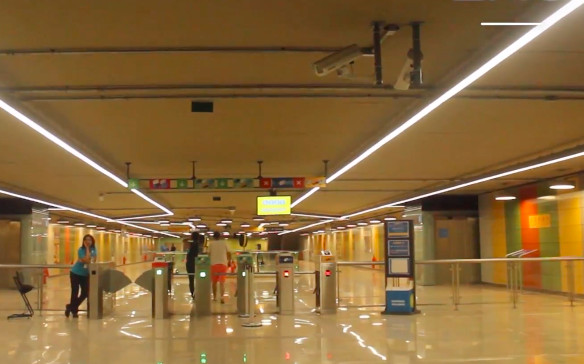 What interesting places can I visit in Rio de Janeiro from the Metro? Some other metro maps of Rio de Janeiro