Brasília, Federal District of Brazil, is located in the center west region of the country. It is the headquarters of the Federal Government and where the Palácio do Planalto, home of the president of Brazil is located. It is the fourth largest city in Brazil with more than 2.9 million people.

The Federal District of Brazil is the seventh largest city in the country in terms of urban concentration, so a metro system became a fundamental need.

Currently, the structure of the Brasília Metro has 29 stations (24 in operation) and 32 trains serving 170 thousand passengers every day. It consists of two lines, green and orange, with 42.38 km of extension. It connects the central part of the city with the regions of Ceilândia and Samambaia, being very useful for tourists who want to visit the main tourist points of the city.

A little about the history of the Brasília Metro…

The construction of the Brasília metro system began in 1992, before the creation of the company that manages the service, the state company "METRÔ-DF - Companhia do Metropolitano do Distrito Federal". In October 1993, construction was halted and two years later was resumed.

In the beginning of 1997, an experimental travel program to present the new metro system to the population of Brasília was carried out. In the middle of the same year the first officials were hired.

Between 1998 and 1999, the Brasília metro worked in the testing phase and only in 2001 began commercial operation with a path formed by the Samambaia and Taguatinga, Águas Claras, Plano Piloto and Guará stations.

The following years were marked by the expansion of the system. In 2006, operation began between the Taguatinga and Ceilândia Sul stations, stopping at the Metropolitan Center station, and in 2007 the operation became commercial. In the same year, the expansion to the terminal station Ceilândia also began. 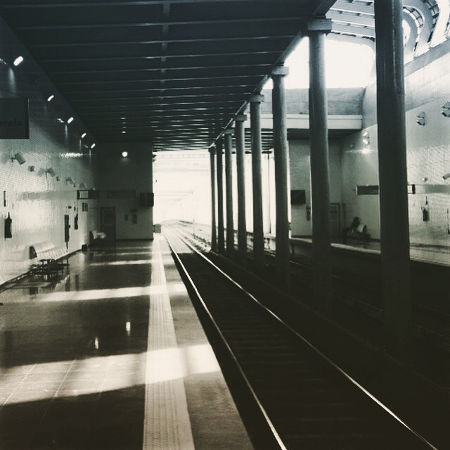 In April of 2008, the number of passengers of the Brasília Metro went from 45,000 to 100,000 passengers per day. This increase in users occurred simultaneously with the completion of 42 km of track, opening another station (station 108 Sul) and the creation of new access.

In addition, in 2008 the State Company responsible for the metro began work on the implementation of a main line and a study for a new expansion of the Asa Norte stretch.

Asa Sul, station of the Green and Orange lines is also known as Terminal Asa Sul, because it connects the metro and bus terminal. The Shopping station also connects to another Bus Terminal, the Terminal Rodoviário Interestadual da Cidade de Brasília.

There is no direct metro connection to Brasília Airport. To get from the airport to other important points of the city, there are 3 bus lines: Line 11, Line 31 and Line 102.

There is also an Executive Brasilia Airport Line, Line 113, managed by the Sociedade de Transportes Coletivos Brasilia, which runs daily from 06:30 am to 23:00.

For more details about the bus lines connecting the city to the airport in Brasília you can visit: http://www.aeroportobrasilia.net/transporte-onibus-aeroporto-brasilia

4) Languages ​​in the Brasília Metro

All announcements are made in Portuguese.

The frequency of the metro is 3 to 22 minutes depending on the season, the day and the schedule. In peak hours, the frequency is 3 to 7 minutes. 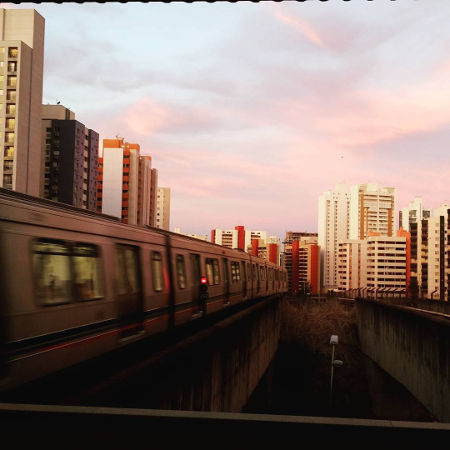 Children up to 5 can travel free (you must show a document for proof of age).
Adults over 65 years can also travel free in the Brasília Metro (also must show identification).
People with disabilities travel free (from any document having checked their disability).

You may get a Metro Card Brasília for more comfort and practicality on your trip.

It can be purchased directly at the box office at the Metro stations. It is ideal for those who will have less use of metro system, because the card only allows one recharge. In addition, it does not offer a discounted rate. It must be used within 150 days.

This card can also be purchased at any subway station in Brasília, it is rechargeable and offers 5% discount on the rate. It is ideal for tourists with frequent use to see the city. This card can be recharged online from the website: http://www.flexweb.metro.df.gov.br/

This card can only be acquired through a previous registration, so it offers more security to users, especially in the event of theft (because the credits are associated with the user name). You can also recharge online. It is ideal for those who want to spend a lot of time in Brasília and need to make many trips using the metro system.

Tickets can be purchased at the stations using cash. The cards can be recharged with cash at stations or through a bank ticket online.

Safety is always an important issue in metro stations. Here are the safety recommendations of the Brasília Metro:

Special services at the station

There are some special services in some (or all) of the subway stations in Brasilia:

And now ... what can we get to know in Brasília from the metro?