With more similarities to a light rail than a subway, the Seville Metro consists of an 18-kilometer operational line and 22 stations. Providing its service to the city since 2009.

Depending of the day of the week, the trains start working at 6:30 at the earliest and the system shuts down at 2 of the morning at the latest day it closes. The price for the cheapest normal ticket is 1,35 € for a trip on the same route.

Currently, the Seville Metro has no direct connection with the airport.

With a population of more than 1.500.000 habitants in its metropolitan area, Seville is placed as the fourth city with the biggest population in Spain, just behind Madrid, Barcelona and Valencia.

The city specially stands out for its historical delights and architecture, some of its environments had been declared as World Heritage by the UNESCO, reason why it attracts thousands of tourists every year.

Likewise, it is important to spotlight the important urban development which the Andalusian capital has been getting over the last decades, promoting the establishment, not only the tourist industry, but also areas like, university education, services and industrial parks.

For this reason, the municipal authorities had been forced to create transportation systems to cover the current necessities of the metropolis, among them, the Seville Metro stands out.

This work dates back to 1960, when the possibility of building a massive transportation system was proposed for the first time, strong enough to attend the future growth of the people of Seville.

After multiple incomplete studies, the project was forgotten in the 90s decade. With the beginning of the new millennium the discussions on the feasibility of the Seville Metro came back. In 2003 the construction of the subway system began, although it is considered a subway, it has the features of a light rail because of its sizes.

Right now, it has 1 operational line providing a service to some neighborhoods of the city through its 18 kilometers distributed in 22 stations, and being functional since 2009, time when the work was finished. 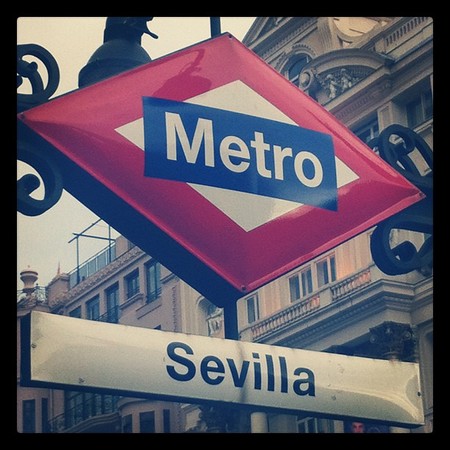 Besides, 3 more lines are expected, to connect as many people of Seville as possible. These projects don’t have initial nor end date yet.

The Seville Metro counts with only one commercial route right now, although there are three others being planned. The Line number 1, which is the one completely operational, it has 21 stations distributed in 18,2 kilometers of permanent way.

Joining towns from Montequinto, Mairena de Aljarafe and San Juan de Aznalfarache, including the center of Seville of course.Carrying more than 15 million travellers every year, according to the latest calculations of the system administrators, attending a population of 858.000 citizens approximately, depending on the covered locations.

Trains have an approximate speed of 70 km/h. Its fleet is compounded by 21 vehicles providing their daily service in this system. 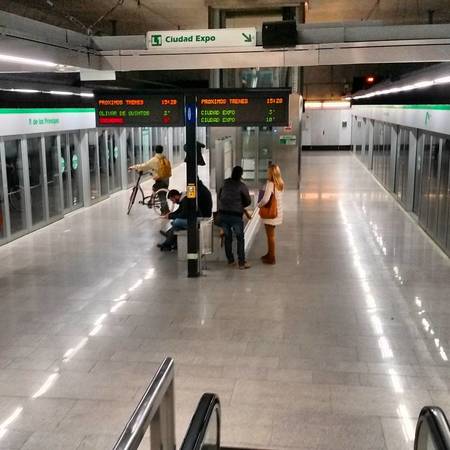 The Seville Metro has an excellent interconnection with other transportation systems operating in the city, from tramways, to city and intercity buses. The city’s authorities had been focused in creating a public transportation framework to complement its multiple modalities. Attending as much passengers as it can.

Then, these are the different connections the system has:

Montequinto and Europe stations do not have direct connection with other means of city or intercity transportation. 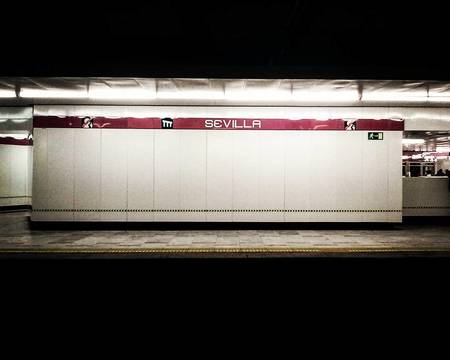 The Seville Metro offers a very convenient schedule to those who are recreational and visit the city, operating in different times with the intention of satisfying the user’s needs.

On average, the users of the subway system use to wait between 8 and 10 minutes during normal hours. Nevertheless, in rush hours, the vehicles increase their frequency, reducing the time wait to 4 to 6 minutes per train.

The fare system of the Seville Metro is attached to the route the user takes from one point to another in the system. Yet, the fare won’t be attached to the amount of travelled kilometres, but the number of sections the passenger passes. In this way, the subway is divided in three sections:

The passage between one section and another is called “jump”, this is why you can see in fares “0 jumps” if the passenger doesn’t leave from a same section, “1 jump”, if the traveller only goes from on section to another – and “2 jumps” if the user goes through all sections. 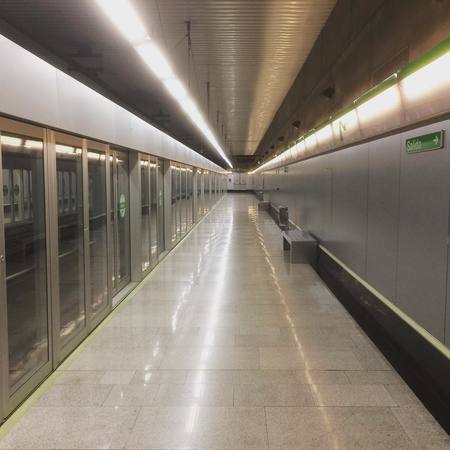 Now well, the prices managed by the administrators are:

The Seville Metro does not have a direct connection to the Seville Airport – although there are plans of constructing an extension to the aerial terminal -, For this reason the users have to take another complementary mean of transportation. Nonetheless, it is possible to go to the aerial compound from some metro stations, being Prado de San Sebastián the most important one.

Now, in case of deciding this option, the user will need to go the mentioned station and go to the bus stops after leaving the subway, which has many different destination choices.

It is necessary being alert with the route EA (Especial Aeropuerto) which means “Special Airport”, this is the one in charge of taking passengers from the metro to the airport. These buses operate from 4:30 a.m. until midnight. You can travel in them by paying 4 €, which is the price of the normal ticket, and the trip lasts around 40 minutes.

On the other hand, if your intention is to get to the center of Seville from the airport taking advantage of the public transportations in the city, the trip will be quite similar. When you arrive to the terminal, you will have to leave the place and find a bus stop where the line EA passes by, it won’t be difficult since you would be just in front of the building.

Once located the mentioned bus stop, you will need to wait until one of these vehicles arrives, always make sure you are within an operational schedule. Therefore, the bus trip is not the only alternative available in the Seville Airport to get to the center of the metropolis. You will also find taxi lines and car renting companies, these are very convenient in case you have a significant amount of luggage.

The Seville Metro is expected to have 3 lines in the near future, being line 2 the one which will have greater improvements. The last one is already planned, the communities are being informed where the line will be built. According to the authorities, so far, the route will cover areas of Torreblanca, Sevilla Este, Santa Justa, Downtown and Puerta Triana. It has also been discussed the possibility that this one will connect with the airport, although nothing conclusive has been said.

For its part, the line 3 will attend the neighborhoods of Pino Montano, Macarena, Ronda Histórica, Prado de San Sebastián, La Palmera y Bermejales. This route is in planning stage, so it could be modified, furthermore, there are more studies to be done on the practicability of this project.

In the meanwhile, line number 4 will have a round form, connecting the other routes of the Sevilla Metro, but its projection is in its primary phase, which is why it has not even been decided if it will go underground or on the surface. In any case, the studies will start after the ones for line 3.

The city of Seville has a lot to offer to its visitors, since it counts with theaters, squares, cinemas and entertainment facilities to that end. It is a tourist metropolis par excellence, where the visitors will be able to contemplate its architecture, what demonstrates the transitions of Spain in its different historical events.

One of the most emblematic places in Seville would be Plaza España, located within a few meters from the Prado de San Sebastián station. It is the perfect site to enjoy all the surrounding edifications, regard the view and integrate yourself into the multiculturalism of the very place.

Equally, near the same stop, there is the beautiful palace of Real Alcázares, where several gardens and areas built in different ages lie. It was declared as World Heritage Site by UNESCO in 1987, bringing more than 1.7 million of tourists every year. Its construction dates back to the High Middle Ages, going through important periods of the history of Spain and preserving itself in a very good shape until today, thanks to the frequent catering given by the authorities of Seville. Without doubt, this palace should be marked on the road maps of any tourist.