Bilbao Metro is the underground train system of the city of Bilbao, Spain. It opened to the public in November 11th, 1995. The metro has two lines, Line 1 and 2. The metro makes connections to other trains, such as Euskotren, and makes connections to buses, such as Bizkaibus. The closest station to the airport is San Mamés station. The metro works every day, from 5:00 am to 11:00 pm. There are trains every 5 to 20 minutes. The metro can be paid with tickets or with the Barik card. Eating and drinking in the metro is prohibited. There are three new lines planned to be constructed. Always remember to validate your ticket both at the beginning and at the end of each trip. The stations’ entrance gates have a unique design called Fosterito. The most famous attraction in Bilbao, the Guggenheim Museum, is near the Moyua station.

Bilbao is a city in northern Spain, belonging to Basque Country. Besides Spanish, people also speak Basque in the city. Bilbao has a population of around 300,000 people. The city received a prize from Singapore because it considered Bilbao as a role model in city construction. Bilbao was founded in the 13th century, and it had a booming trading economy because it had funding from Castilla to do commerce in the city's ports. In the 1800s, Bilbao became the second most industrialized city in Spain. The city's economy is currently focused on services.

Bilbao's international airport is Bilbao Airport. The means of public transportation in the city includes buses, trains, and the metro. Among the buses available in the city are Bilbobus, which is a suburban bus, Bizkaibus, which is an intercity bus. The buses meet at Termibus station. Among the train services offered are Artxanda's Funicular, Euskotren Trena, Renfe Cercanías and Euskotren Tranbia. The final means of public transportation, Bilbao Metro, is a public underground train system owned by the government via the institute Consorcio de Transportes de Bizkaia.

Plans to construct a metro system in Bilbao were made since the 1920s, but the government waited to announce the construction plan until 1977. Many politicians opposed the idea, which further delayed the construction of the metro. Bilbao Metro's construction was finally approved on 1987, and began construction in 1988. The metro was opened to the public on November 11th, 1995, with the opening of Line 1. The first station to be opened was Moyua. Then, the stations of San Inazio and Deusto were built. The metro's tunnels and stations were built by the architect Sir Norman Foster. 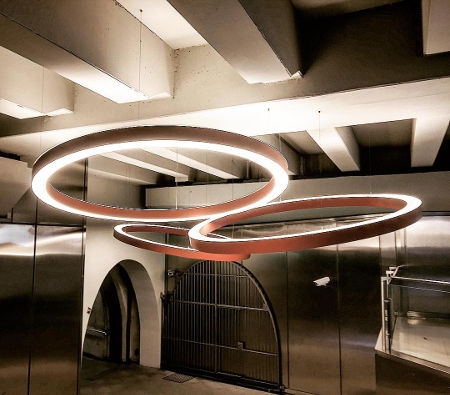 Gobela station opened on June 24th, 1996, and later that year, Casco Viejo station also opened. Casco Viejo was the first station to make connections to a different public transportation service (to Euskotren Trena.) The stations Santutxu, Bolueta, and Basarrate were opened in 1997, the same year where Line 2 began construction. San Mamés station, which allows connection to Cercanías, Renfe, and Euskotren Tranbia, began construction in 1999. Line 2 was opened on April 13th, 2002. This line finished its expansion with the inauguration of Kabiezes station on June 28th, 2014.

Bilbao Metro has two lines: Line 1 and Line 2. Line 1 has 29 stations and Line 2 has 27 stations. Line 2 is split into two branches: the first branch has 25 stations, and the second branch has two stations. The stations for each line are the following:

Line 2, branch two: This branch of Line 2 has only two stations: Mamariga, Santurtzi

Bilbao Metro can make connections to buses from Bizkaibus and Bilbobus at the Termibus bus station.

The metro does not go directly to Bilbao Airport. The closest metro station is San Mamés. The trip from the airport to San Mamés lasts 24 minutes. From the airport, go to Llegadas (arrivals.) Then, go to Termibus bus station (22-29, 1 Nasak/Andenes 22-29, 1.) Take bus A3247 from Bizkaibus towards Alameda Recalde 14, and get off at Moyua Plaza (Subdelegación del gobierno.) Walk to Moyua station, and ride on the metro towards Kabiezes, and you will finally arrive at San Mamés station. From here, you could ride in either Line 1 or Line 2 trains.

Besides tickets, Bilbao Metro also offers the Barik card. Prices will be listed in Euros.

Tickets: They can be divided into Occasional Tickets and Season Tickets.

1) Occasional Tickets: Recommended for people who barely ride the metro. The ticket can be transferred to someone else. This category of tickets is divided into Occasional, Return, and Day. 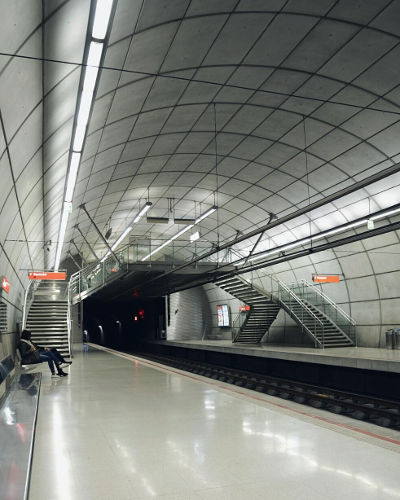 2) Season Tickets: These tickets require additional purchase of the Barik card. This category of tickets is divided into: Super 50, Monthly Ticket, Youth, Gazte, Combination Tickets with Euskotren, and Group Ticket.

3) Cards: The cards offered to pay the fares are the Barik cards. They can only be purchased by contacting Customer Service, which is located in c/ Ibaigane 17 in Areeta. Customer Service is also located in the following stations: Casco Viejo, San Inazio, and Ansio. The Barik cards are divided into the following types: Kide, Giza, Creditrans, Hirukotrans, and Gizatrans. If you have a Gazte or Youth ticket, you can pay €3 to change it for a Barik card.

Be respectful to other passengers. Do not eat nor drink in the metro. If you want to listen to music, please use headphones.

Children four years and under travel for free, but their legal guardians need to show proof of age. It is important for everyone else to pay for their ticket because the ticket's fare gives you insurance in case of an accident.

Stay away from the doors and let people get out of the metro first before entering. This prevents obstructions at the doors. When you are using the escalator, please stand and remain on your right. This will allow people to walk on the left.

Please respect areas reserved for senior citizens, pregnant women, people with disabilities, people with strollers, and for people with large luggage. These areas are located in the first and last wagons of each train.

You can bring pets, but their weight must be a maximum of 8 kilograms. Dogs and cats need to be on cages or kennels. Dogs are requires to be on a leash. Pets cannot be on the floor, so they need to be carried. Police dogs and guide dogs do not follow these restrictions. You do not require to pay extra to bring in pets to the metro.

When the trains' doors are about to close, do not run to get in nor out of the train. Otherwise, this may cause injuries or may delay the metro. Do not run to get to the train since you can injure yourself or other people waiting for the metro.

New lines for the metro will be built, which will add 23 new stations. These lines will be Line 3, 4, and 5. Line 1 will have a new station in the region of Getxo. Another station will be made in Basauri, which will allow trains from Lines 1 and 2 to make connections to Feve and Euskotren Trena. Line 3 will have 7 stations, and is planned to open in March 2017. Line 3 will connect to Line 1 and 2 in Basauri station. This line will also allow rides to Bilbao Airport via a connection with Euskotren Trena. Lines 4 and 5 do not have a date of construction yet. Line 4 will add 7 stations, and will connect the regions of Matiko and Rekalde. Line 5 will add six stations, and will go to the regions of Etxebarri and Usánsolo.

In the Termibus bus station, there are staff that speaks in English, in case you do not speak neither Spanish nor Basque. The staff can explain you in which platform you can ride a bus that transfers to the metro, and can tell you the price for different tickets.

Remember that you need to validate your card both at the beginning and at the end of each ride, which you can do at the entrance and at the exit of each station.

Most touristic attractions in Bilbao are located in Zone 1. Therefore, you could buy tickets for one zone to travel to touristic destinations while saving money.

You can get panoramic views of beaches if you go in Line 1 towards Plentzia.

If you plan to visit the Puente Colgante bridge, then use the metro towards Portugalete and get off here since the bridge is in a steep hill. Afterwards, you can walk downhill from the bridge to Areeta station to take the metro for your return trip. If you plan to go shopping and visit restaurants, go to Moyua and Aband stations.

Since San Mamés station is the closest station to the airport, it will be taken as a reference point to go to the local touristic attractions. From the metro, you can visit the following attractions: