The Tashkent Metro is comprised of three lines and 29 stations, and its track is 36.2 kilometers long.

The Tashkent Metro only accepts one form of payment: the use of tokens. Its price is of 1,200 UZS, which is equal to 0.15 USD.

Even though the Tashkent Metro does not have a direct connection to Tashkent´s International Airport, there are bus lines that do provide the service.

Tashkent is the capital of Uzbekistan, and it is also the most populated city of the country with its 2,485,000 inhabitants.

During its prime, when it was part of the extinct Soviet Union, it had become the metropolis of the highest importance of the Central Asia region. However, after the independence of the nation in 1991, its capital experienced big economical, cultural, and architectonic changes.

Tashkent has a wide array of cultures, ethnicities, and religions. In 2007, it was recognized as the Cultural Capital of the Muslim World due to its high number of historical mosques and other important Islamic places.

The city has had a stable demographic growth, even after its separation from the USSR. As a consequence, it has been facing a growing demand of services by its inhabitants.

An example is the creation of the Tashkent Metro, which is an answer to the transportation needs of its citizens. The construction of this system began during the beginning of the 70s, and ended on 1977, being inaugurated on November 6th of that year.

The works to complete the project were affected by the unique conditions of Tashkent´s underground soil, characterized by being soft and sinuous. However, the structure is currently 36.2 kilometers long, and it has 29 stations that are spread throughout three lines. 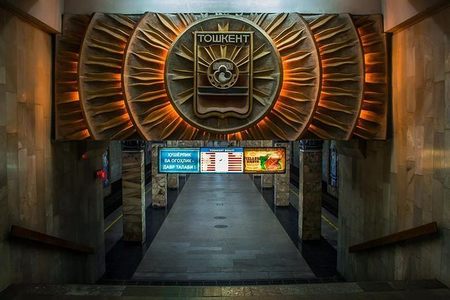 The Tashkent Metro has three commercial lines, which can be recognized on the system´s maps due to their different colors. These three lines in conjunction have a total road length of 36.2 kilometers, in which 29 stations are built. The lines are designed in such a way that the northern and southern sectors of the capital communicate with each other, as well as with the business district area.

The lines and stations of the metro will be described below:

It is the first line of the system, being inaugurated on 1977 to offer transportation to the districts at the south of the city towards the downtown area and, afterwards, to the west of Tashkent. It has 15.5 kilometers of length and 12 stations.

The metro´s blue line was built during the decade of 80s with the goal of uniting the northeastern and eastern districts of the city with the downtown area. It is comprised of a 14.3 kilometer-long road, in which 11 stations are spread throughout. 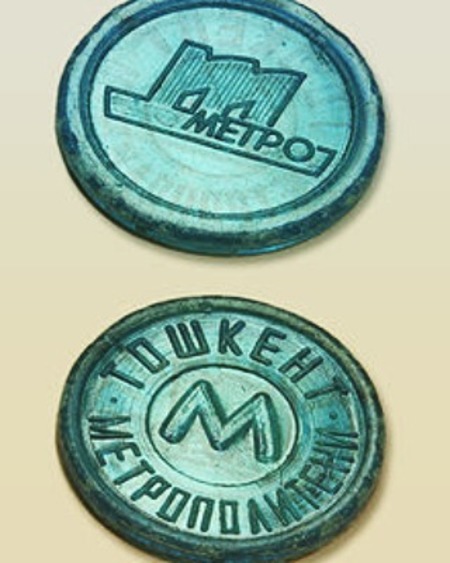 The green line is the most recent line and, as a fun fact, it is also the smallest one of the system. It was inaugurated on the year 2001, and it only has six stations that are spread throughout the 6.4 kilometers of underground roads.

The Tashkent Metro has many connections with other public transportation systems on its stations. However, some stops do not have connections.

The transfers that you can make on the subway will be shown below:

The Tashkent Metro is open during most of the day. That means that it is convenient for the inhabitants of the city, even though it is not open all day long.

The stations open its doors and bring access to its users starting at 5:00 a.m. The rolling stock transits endlessly until 11:30 p.m., from Monday to Sunday. The subway offers service virtually all year long, with a few exceptions, such as days when maintenance or repairs are required.

The trains tend to arrive at the platforms each five minutes. However, during peak hours, the waiting times are reduced considerably, since they change to only two or three minutes.

Meanwhile, after 9:00 p.m., the units begin to decrease their frequency, reaching a waiting time of 10 minutes.

These frequency estimates only apply during weekdays, since, on weekends, as well as holidays, the vehicles arrive each five or 10 minutes all day long, even during peak hours.

The Tashkent Metro only accepts a single payment option to grant access to its facilities, which is the use of tokens.

Even though the use of tokens is quite convenient for some travelers, since they do not need to choose among a myriad of passes and subscription plans before travelling, it is also true that frequent users of the subway do not have any discounts available nor any of subscription that would best adjust to their needs.

The tokens are made of plastic and have a circular shape. They are usually blue, and have the metro´s logo on one of their sides, and the word “towkeht” on the other. The price of a token is of 1,200 UZS, which equal to 15 American dollar cents. They can be acquired at ticket booths located at stops.

The token allows you to move around the network throughout all stations, as well as through the three lines of the system. Even though all of the information at the booths is only available in Uzbek, you will barely need to know the local language since the process of purchasing tokens is quite simple.

Although the Tashkent Metro does not have a station that provides direct access to the Tashkent International Airport, it does have bus lines that will take you from some stations to the airport.

Among the most striking of these stations is Toshkent Station, from the Oʻzbekiston line, since it is at the heart of the city, and it also connects with the Tashkent Railway Terminal.

From there, it is possible to board any of the buses from line 40, which have a stop in front of the airport. The journey takes between 20 and 30 minutes, depending on the traffic. The price of the journey is of 10 American dollar cents. The units tend to arrive at the metro station each 10 or 20 minutes, but it´s not an express line. This fact is especially important because, since this is not an exclusive bus line to transport people to the airport, the vehicles do not have compartments to store suitcases of big size, so you´ll need to take this into consideration.

Outside of the airport, there are also shared cabs that go to fixed routes, which have a cost of 40 American dollar cents. This is a quite attractive alternative for those who wish to reach downtown in a quick and safe way.

Recently, on September 2016, the Tashkent Metro´s authorities showed their future plans for the system. According to their data, 20 new stations are expected, which would serve the three current lines. The districts that will benefit the most from these projects will be Yunusabad and Karakamysh.

Likewise, on 2017, the construction of the Sirgʻali line began. This line will have roads of 8 kilometers in length, in which six stations will be built. Its name comes from the district in which it will be located, that is, Sirgʻali. This community has been waiting for this work to be completed since 2001, when the project was originally announced. However, the lack of budget ended up delaying significantly the beginning of the construction. According to the current information, the line will be operational on the year 2020.

Meanwhile, it is estimated that the Halqa line will be built as a long-term project. It will be ring-shaped, similar to the Moscow Metro, and it will connect most of the city´s districts with each other. Its length will be greater than the current lines, since it will have railways of 52 kilometers in length, in which 35 commercial stations will be localized. Its opening is expected to be on the year 2030.

Just a few meters from the Kosmonavtlar station of the Oʻzbekiston line, the Uzbekistan State Museum of Applied Art is located. This is an emblematic space where Uzbek art is exhibited.

Its origins date back from 1927, when handicraft works from every corner of the country began to be collected on Uzbekistan´s capital. Since then, a place where the national creations would be put was needed, without needing to move them around from one place to the other every year.

Over time, the Uzbekistan State Museum of Applied Art got newer collections continuously. It currently has exhibits such as Uzbek patchwork handicrafts, local jewels, traditional rugs from the 19th century, paintings and sculptures from the biggest and most famous artists of the country, among many other national works. This is a space that, without a doubt, is worth a visit.

Likewise, at Mustaqilliq Maidoni station, which belongs to the Chilonzor line, you will be able to find Independence Plaza. This space not only works as a reference point for the city, but also as the center of a lot of activities organized by the City Hall of Tashkent. The most important holidays, as well as the traditional festivals celebrated by the citizens, take place at this plaza, which receives visitors from all over the country.

The plaza is comprised of 12 hectares, where the stairs are decorated with granite, and it has many fountains that decorate such a beautiful place. Likewise, 16 columns made from white marble support a huge metal arc, which has a coat of silver moon paint. On top of this arc, delicate figures of storks are exhibited, which represent peace for the Uzbek people since a long time ago.