Metro of The Hague  Europe / Netherlands

The Randstad Rail is the metro and tram service in the city of The Hague, and offers transportation to other cities such as Rotterdam. It was inaugurated on October 29, 2006. It has four lines. It allows connections to trams, buses from multiple companies, and other metro lines. It offers connections to Rotterdam The Hague Airport and Amsterdam Airport Schiphol. It opens from around 7:30 am until 1:00 am. You can buy a card to ride the metro from €2.50. You can reach a metro station by travelling by train from another European country. You can only eat, drink, or smoke at some stations. There is a fishnet-shaped tunnel between Grote Markt and Beatrixkwartier. The metro will have new stations by 2018. You can reach many touristic attractions by using the metro from Blijdorp station.

Metros in the Netherlands: The Randstad Rail (The Metro in The Hague)

The Hague is the capital of South Holland in the Netherlands. The King Willen-Alexander lives in this city. It is also the location of the parliament. This city is famous for being the location of multiple international courts. The Hague has a population of around 500,000 inhabitants, making it the 3rd most populated city in the Netherlands. The airport in the city is called Rotterdam The Hague Airport. A nearby airport outside The Hague is the Amsterdam Airport Schiphol, located in Amsterdam. Most international travelers that visit The Hague use this airport.

The metro was proposed because the population and the number of jobs in Randstad, The Hague, had a significant increase in 1983. This led to high traffic. Therefore, a new railway system would solve the traffic problem.

The first proposal of the Randstad Rail came in June 9th, 1988. The proposal stated the construction of train stations in Ridderkek, Alblassedam, and Hendrik-Ido Ambacht in The Hague, which would make trips to Rotterdam. The railway companies HTM, NS Regional Transport Company, RET, and ZWN-Group together created the Randstad Rail Foundation to build the metro.

The closest Metro Station to Rotterdam The Hague Airport is Blijdorp station from Metro Line E. To go from the airport to Blijdorp, first, walk to Bushalte Rotterdam Airport. Then, board bus 33, and head towards Rotterdam Centraal for 15 minutes. Get off at Bushalte Blijdorp Metro. Finally, walk to Blijdorp station. The entire trip lasts 20 minutes and costs €2. 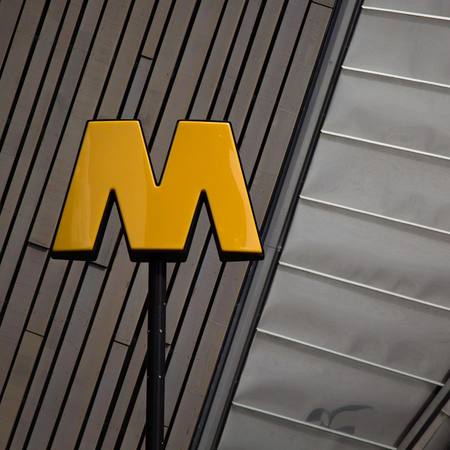 The customer service phone number is +31 0900 486436. A representative will talk to you if you call at the following hours:

If the metro staff picked up a lost item, you can go to https://ilost.co/org/htm-personenvervoer and browse the list of lost items. If you see your lost object, click it. Next, you will be asked a few questions to verify if the item is yours. Finally, the item will be delivered to you. You need to pay €4. If your address is a foreign address, you need to pay the shipping costs.

The lost object should appear on that website within three days of being lost. Otherwise, the metro staff could not find it.

Blijdorp station from Metro Line E will be used as a reference point. To go to the nearby attractions by using the metro, follow these instructions.

1) The Knight’s Hall : The whole trip lasts 39 minutes and costs €4.33. From Blijdorp station, board the Metro, and head towards Den Haag Central during 25 minutes. Get off at Tramhalte/Metrostation Voorburg’t Loo, Voorburg. Next, board tram 3, and head towards Den Haag Loosduinen for 10 minutes. Get off at Tramhalte Spui, Den Haag. Finally, walk to Ridderzaal, Den Haag.

3) Great Saint James Church: The trip lasts 43 minutes, and costs €4.39. From Blijdorp, board the metro, and head towards E Den Haag Centraal for 25 minutes. Get off at Tramhalte/Metrostation Voorburg´t Loo, Voorburg. Next, board tram 3, and travel towards Den Haag Loosduinen for 10 minutes. Get off at Tramhalte Grote Markt (tram), Den Haag. Finally, walk to Rond de Grote Kerk 12.

5) Scheveningen Resort: The trip lasts 50 minutes and costs €4.89. From Blijdorp, board the metro, and travel towards E Den Haag Centraal for 30 minutes. Get off at Tramhalte/Metrostation Laan van NOI, Den Haag. Walk to Bus/Tramhalte Station Laan van NOI, Den Haag. Then, board bus 23, and go towards Bushalte Kurhausweg, Den Haag, for 15 minutes. Finally, walk to Gevers Deynootplein 30, 2586 CK Den Haag-Scheveningen.

The Randstad Rail makes most of its connections to trams and buses. The connections available at each station are the following: 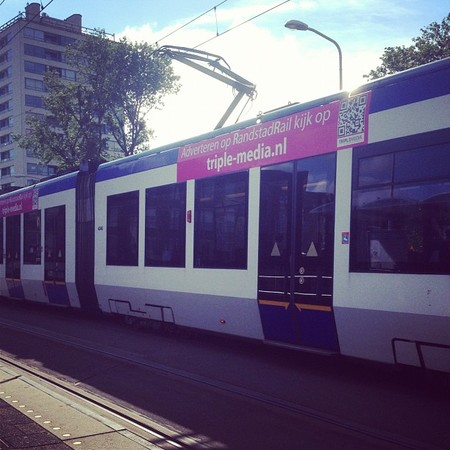 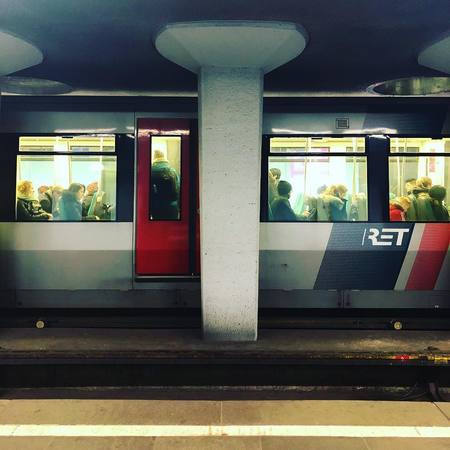 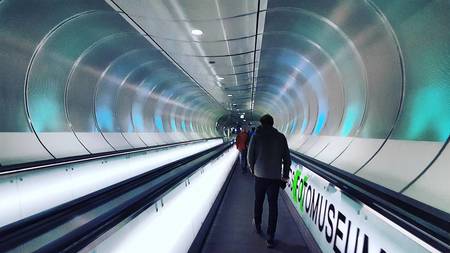 Metro map of The Hague