The Ottawa O-Train has five stations within just a single commercial line of 8 kilometers.

The metro’s working hours are from 6:00 am to 12:00 am, from Monday to Friday. The train frequency is regularly between 10 and 12 minutes.

The Ottawa O-Train does not have a direct connection to the Ottawa International Airport, but there are other alternatives to reach the airport.

Ottawa is the capital of Canada, and it’s located on the state of Ontario, which is really close to the regions of Gatineau and Quebec.

With a little more than 1,300,000 inhabitants –being the 4th most populated city in the country-, Ottawa hosts the office of the president of Canada. Also, Ottawa has the highest number of highly educated people of the entire nation, as well as having the highest life expectancy and the lowest number of unemployed people in Canada.

The city’s government decided that all stores and other businesses should have their information displayed in two languages since 2002, so it is normal to hear conversations in both English and French at stores, as well as on the streets. Nearly 40% of the citizens of Ottawa are fluent in both of these languages. This fact makes this metropolis a culturally rich city.

Ottawa tends to be among the cities with the highest quality of life in the world according to different studies. This is not surprising since the municipal government encourages their citizens to have a healthy lifestyle and to take care of the environment.

However, even though there are a lot of cars being used in the city, the local authorities are looking for alternatives so that people use more eco-friendly means of transportation. One of these alternatives is the light rail service known as the O-Train.

This system is a railway system of small proportions, which was inaugurated on the year 2001, which included five stations within a single commercial line of 8 kilometers in length.

This system crosses through Ottawa from north to south. During its journey, this metro system transports roughly 10 thousand passengers daily. Even though it currently has a small size, the official project states that 41 stations will be operational on 2023, since the expansion works will be done quickly. 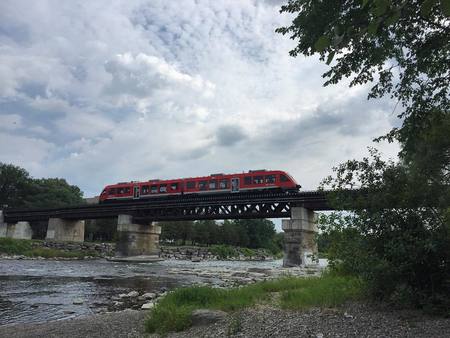 It is expected that, during 2021, 8 additional stations will be incorporated, since there are currently only five stations. 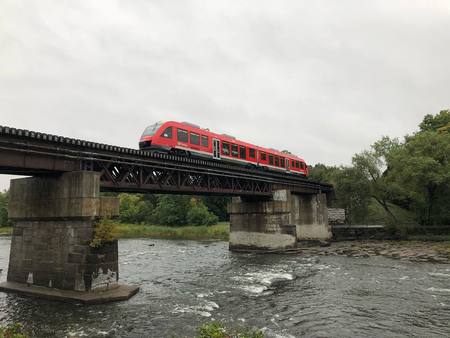 All of the Ottawa Metro stations have at least one connection to the bus in any of the lines. The goal is that the user could make a transfer towards the railway system, so that the user avoids using their car as much as possible.

The Ottawa Metro’s business hours are quite convenient, since the users’ demand is covered. From Monday to Friday, the trains start giving service starting at 6:00 am, and they give uninterrupted service until 12:00 am.

In the case of Sundays and holidays, travelers can board the trains from 7:30 am until 11:00 pm, time in which the trains stop operating.

The trains reach the stations each 10-12 minutes from Monday to Saturday. During Sundays and holidays, the waiting times are longer, since the train frequency changes to 15 minutes per train. 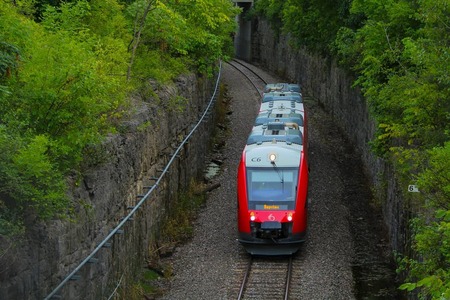 The Ottawa Metro offers you different ways of paying for your trip. There are subscriptions and tickets that fit the needs of both regular metro customers and new customers.

The fares are calculated depending on the number of journeys done by the user. This system is different than many other metro fare systems, in which the prices normally depend on the distance travelled by the user. This makes sense since this metro system is relatively small.

It is possible to obtain tickets or refillable cards to pay for your trip on the metro. The latter are available via two private firms that are not affiliated to the metro. These cards give you special benefits to the people that choose to use them instead of the tickets.

The firms in charge of selling the metro’s cards are called Presto and ParaPay. A name of one of the two companies should be printed on the cards, depending if you have a preference and buy them from one company or the other. 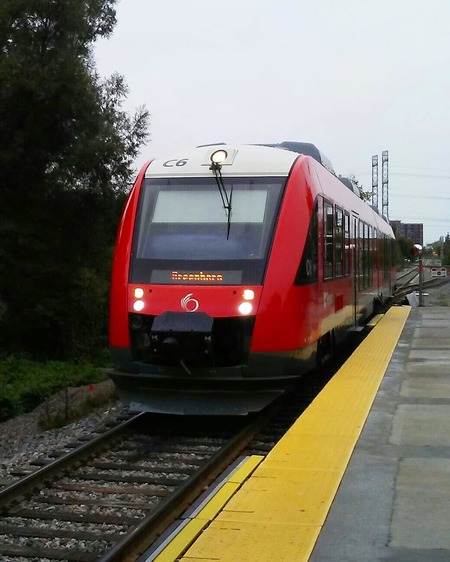 The Ottawa Metro’s authorities have put special attention on the accessibility of the facilities in order to give a comfortable ride to all of its users.

To achieve this, the trains’ wagons are designed to be at the same level of the stations and very close to the stations’ edge, so that people can board the trains without much effort. Additionally, there are spaces reserved for people with disabilities and senior citizens within the wagons.

However, if you have any kind of physical disability, you should consider the fact that there aren’t any personnel available at the metro stations that could help you. Therefore, it is quite important that you are able to board and disembark of the train on your own. If this isn’t possible, bring a companion that could help you board the train.

You also have the possibility of using the Para Transpo services, which is an alternative for passengers with reduced mobility that cannot leave their home on their own. This service has staff that will go to your door to take you to the train. However, this service is only available for passengers that truly need it, so they will have to fill in a form beforehand.

The Ottawa O-Train has no direct connection with the Ottawa International Airport, but the Greenboro station, which is one of its terminal stations, is located within a 16 minute walk of the airport. This way, it is quite easy to go from one place to the airport through the use of a bus line. To go to the airport by making a transfer from this bus line, follow these instructions:

Board any of the trains of the Ottawa Metro system towards Greenboro, which is located to the south of the city. Once you arrive there, you need to walk around 200 meters to the Greenboro 1A bus stop. Here, you will have to wait the route 97 buses, which arrive each 15 minutes.

After boarding the bus and paying the needed fare, the journey to the airport lasts approximately between 16 and 18 minutes. After four stops, you will need to get off the bus at the Airport/Airbus Private bus stop, which is just in front of the airport.

Conversely, if you want to go from the airport to downtown Ottawa by using the metro service, you’ll only need to go to platform number 14, located at the arrivals gate at level 1.

The buses transit uninterruptedly for 24 hours, with the only exception of Sundays, in which the buses stop operations between 2:30 am and 5:00 am. However, you still need to take into account the metro’s business hours if you plan to make a transfer from the trains to the buses to reach the airport.

Additionally, you will find taxi lines and rent-a-car services at the Ottawa International Airport, which will make it easier for you to go to the city. If you carry a lot of luggage, it is recommended that you use these transportation services.

During the year 2013, the higher ups of the Ottawa City Hall made the unanimous decision of expanding the Ottawa Metro to make it 30 kilometers longer and to give it 19 additional stations. This expansion was planned in a project called Stage 2 LRT, which included both the expansion of the current line, as well as the construction of an additional line.

According to the official sources, once the project is completed, which will be finished on the eve of the year 2023, 70% of the Ottawa inhabitants will live within a five-kilometer radius of a train station. The construction works will take place during 2019, and the estimated date of completion is around the years 2022 and 2023.

Meanwhile, the project known as Stage 1, which is the other expansion project besides the Stage 2 LRT project, is an expansion project of the current line. This line will be expanded to connect to Eastern Ottawa. Meanwhile, the Stage 2 LRT project plans to unite Western Ottawa with two other routes: the Trillium route, and the Stage 1 project route. The current line is called the Trillium route.

Recently, during mid-2017, the Canadian federal government announced that there were additional funds added to the budget for the Stage 2 LRT project, so that an additional expansion is added to this project. Additionally, the government said that the current trains would be replaced with more modern ones, and even more trains will be added to the metro system. These new trains will comply with the highest standards of being eco-friendly, which shows the commitment of the government of taking care of the environment.

The best places to visit in Ottawa are located downtown, which can be reached by disembarking at Bayview station and then boarding any bus at the Bayview 2A bus stop. From there, you could visit places such as the Canadian War Museum, which explores thoroughly the military history of the country in all of its aspects. This museum has records of the first violent deaths ever recorded in Canada, which happened hundreds of years ago, as well as all armed conflicts in which the country has participated. Among the most important permanent exhibits include samples taken from battles that took place on Canadian soil, the role of the nation during the Cold War, the different operations to support peace in foreign countries, and a section of the museum dedicated as a memorial to all of the fallen Canadian soldiers.

Additionally, from that same station, it is possible to get a ride towards the National Gallery of Canada, which is considered one of the most important museums on the American continent. It has a vast collection of exhibits that include paintings, sculptures, photos, and drawings. Even though the museum mainly shows Canadian works, it also displays interesting works made by renowned artists from all around the world. The aisle dedicated to contemporary art is especially charming since it has some of the most emblematic works of the filmmaker and artist Andy Warhol. It is also possible to learn about Native Canadian art throughout the hallways of the gallery, which is an experience that, along watching all the other exhibits, gives the visitor a view of the lifestyle and cultural heritage of the Native people. Map via www.octranspo.com
See map full resolution. It may take a little bit to load.