Istanbul’s metro has 6 lines, 82 stations and a route of more than 100 kilometers (62 miles). It has a direct connection to the airport and a standard trip ticket costs 5 Turkish liras (a little more than 1 euro). The Istanbulkart can be used to store money for your metro trips. The metro system runs 7 days a week.

Istanbul’s metro was the first metro system in Turkey. It’s a large system consisting of 6 lines that extend throughout the city on both the European and Asian side, allowing residents and visitors the ability to easily move from one side of Istanbul to the other.

The metro currently has 82 stations, distributed along 105.8 kilometers (65.7 miles) and six lines that connect at various points. Istanbul’s metro system is in the middle of a large expansion project in which the extension of four of the current lines and the opening of 8 additional lines is planned.

Although Istanbul has the second oldest funicular system in the world, the first metro line was not inaugurated until 1989, following various proposed plans and rejections from 1912 until 1987, when plans were finally accepted for what is now known as the M1 line.

The M1 line began operating on September 3, 1989. Initially it only covered Aksaray to Kocatepe. The construction of the second metro line, the M2 line began on September 11, 1992 and it was filled with challenges and problems due to the discovery of various archaeological sites during its excavation. This delayed and impeded construction. The line was finally opened to the public in 2000 and its current extension was completed in 2014.

In 2005 construction was approved on the first line that would extend to the Asian side of Istanbul and on August 17, 2012, the M4 line began to operate primarly from Kadıköy to Kartal and eventually to Tavşantepe. 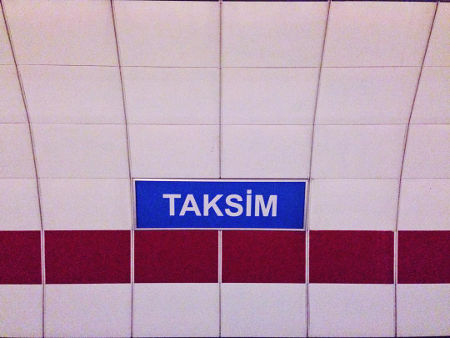 Currently, the Istanbul metro is in the middle of an expansion project that includes the extension of 4 of the current lines and the opening of 8 new lines.

The Istanbul metro has 6 lines that extend throughout the city taking both residents and visitors to almost anywhere in the city. Each of these lines has a code (M1, M2, etc.), a name and a color. Unlike (the world’s) other metro systems, it uses a code and a number and not the color to reference each of the lines.

This is Istanbul metro system’s most used line. It connects the south of Sariyer with Fatih to the center of Istanbul, passing below Büyükdere Avenue and below Maslak and Levent, two important financial districts. Its respective terminals are Haciosman and Yenikapi.

This line is an extension of the M1B line, departing from Kirazlı-Bağcılar terminal. The M3 line offers two services that share the first 5 stations and then split off at İkitelli Sanayi. One service ends at Metrokent since it is the M3 line’s official terminal, while the other ends at Olimpiyat.

This was the first line to operate on the Asian side of Istanbul. Its 19 stations extend completely underground. This line runs mostly under state highway D.100 and its terminals are Kadıköy and Tavşantepe.

This was the second line to run on the Asian side of Istanbul and it was the first line to implement an automatic system that doesn’t require a conductor. The M5 line currently begins at Üsküdar station and extends to Yamanevler.

This is currently the shortest line on the Istanbul metro system, with only 3.3 kilometers (2.1 miles) and 4 stations. The M6 line extends from the M2 Line’s Levent station and ends at Boğaziçi Üniversitesi.

This is the most practical and economical way to travel in Istanbul and it is accepted on other modes of transportation such as trams and funiculars. Each trip using the Instanbulkart is less than the price of an individual electronic ticket. It costs around 6 to 10 Turkish liras ($US 1.58 – US $2.63) depending on where you buy it. 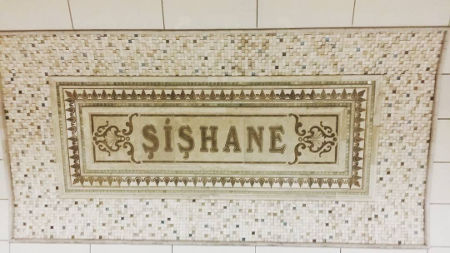 The Istanbulkart is a plastic card in which money can be stored and used by up to 5 people traveling together. Istanbul’s metro system offers discounts for every transfer between metro lines or for connections to other systems. The discount increases according to the number of transfers. If more than one person is going to use the card, keep in mind that the discount for transfers only applies once. These discounts are valid for transfers made within two consecutive hours following the first trip.

Although it is more expensive to use the Istanbulkart, it is possible to purchase electronic tickets for a set number of trips instead of disposable ones.

Istanbul’s six metro lines are interconnected at various points, making it easy to move from one line to another or to any part of the city. Metro Istanbul, the public operator in charge of the metro system is also in charge of trams and funiculars. The connections throughout the system are well-structured and can be accessed with the Istanbulkart. The connections are not free but there are discounts depending on the number of transfers. These discounts can only be applied within two consecutive hours beginning from the time of the first paid trip and they are not valid for connections to the bus, ferry, Metrobus or Marmaray train line.

A connection can be made to the M1B line at Kirazli station.

The Istanbul metro system is in the middle of an expansion project with an expected completion in 2023. This project not only includes the extension of current lines, but also the opening of four additional lines by 2019 and another three by 2023. Some of these lines are already being constructed and expect to begin running in 2018, while others are still in the planning process. Currently, there are about 62 stations under construction.

Connections with the airport

Istanbul has two airports and a third one under construction that is expected to be operational by the end of 2018. Currently, the Atatürk International Airport can only be reached using the Istanbul metro, but an extension project includes the new M11 line, that will reach the airport.

An extension on the M4 line is also planned to connect directly to the Sabiha Gokcen Airport.

The M1A line ends directly at the Atatürk International Airport. This station can be found next to the international terminal and is connected to the domestic terminal by a pedestrian walkway. Once you have taken the M1A line, you can make a connection to the T1 tram at Zeytinburnu station to order to reach the Blue Mosque or any of the other metro line connections you’d like, such as the tram or funicular.

What we know today as Istanbul was once Constantinople and even further back was Byzantium. Constantinople was the capital of the Roman, Latin and Ottoman Empires. Seated in the middle of Europe and Asia, the city is full of testimonies of its historic past, including the many mosques, basilicas, cathedrals and bazaars. You can reach most of those destinations via the Istanbul metro.

Hagia Sophia or Santa Sophia Basilica: It was once the largest cathedral in the world and home to various religions throughout its history, as it shifted from a Greek Orthodox Basilica to a Roman Catholic Church. It is currently one of Istanbul’s icons, just as famous for its history as it is for its mosaics. You can reach the Santa Sophia Basilica by taking the M2 metro line to Vezneciler or the M1 line to Aksaray, Zeytinburnu and Bağcılar Meydan stations, followed by taking the T1 tram line, until you reach Sultanahmet.

Topkapi Palace: This palace is one of the memorials that the Ottoman Empire left behind. It currently has 27 towers and 5 kilometers (3.1 miles) of walls surrounding it. The palace is now a museum and one of Istanbul’s main tourist sites. In order to reach it, take the M2 metro to Vezneciler or the M1 line to the Aksaray, Zeytinburnu and Bağcılar Meydan stations , in order to connect to the T1, which you will ride until you reach Gulhane station.

Grand Bazaar: This is one of the oldest and largest bazaars in the world. Visitors can enjoy its more than 58 streets and 4,000 shops that offer an enormous selection of antiques, rugs, jewelry, and more. In addition to the exotic shops, this bazaar is also home to fountains, mosques and hammams known as Turkish baths. The Grand Bazaar is a 10 minute walk from the M2 line’s Vezneciler station.