The Rennes Metro, which was inaugurated on 2002, is a fully automatic system (also known as VAL.) It is comprised of a single line of 9.7 kilometers in length and 15 commercial stations. It is known as Line A.

The trains work from 5:00 in the morning until 1:45 in the morning. These hours have variations between the opening and closing times, depending on the day of the week.

The most basic ticket is the Ticket 1 Heure, and it allows you to travel through the metro and bus network unlimitedly for an hour for 1.50 €.

There is no direct connection to the airport, but you can still easily reach it by using a combination of the bus and metro services.

Rennes is the capital of the Brittany region, one of the 13 regions that make up France. It is also the most populated city of the territory, with slightly over 250,000 inhabitants.

Located at just a meager distance of 50 kilometers of the English Channel, and at 80 kilometers of Normandy, Rennes is located at a strategic position. This has helped it to grow exponentially after World War II. Another fact that made the city grow was the settlement of big industries in the city, such as the automotive industry. One of these automotive firms that deserve recognition is the French manufacturer Citroën.

Additionally, the authorities made an important investment in higher education during the second half of the 20th century. As a result, Rennes recently became a big center of innovation, technology and development of great importance in France, as well as in Europe.

This huge number of radical changes that the metropolis experienced during such period of time motivated the local authorities to look for public transportation solutions. This way, the eventual collapse of the existing bus network will be avoided.

One of the projects that were discussed in their time (1960-1970) was beginning a service using a network of tramways from those days. However, the working and maintenance costs were too high, so the investment did not seem sustainable. This is why, after long discussion sessions regarding budgets and considering other alternatives, the people in charge of the Rennes Transportation Department ended up choosing a subway system. This is how the Rennes Metro was born on 1997, when the construction works for the metro began. The inauguration took place five years later, on 2002, with the opening of a line of 9.7 kilometers of extension and 15 commercial stations.

The rolling stock used in the network are fully automatic, and they also use rubber tires to move around. This type of rolling stock is called VAL (Véhicule Automatique Léger). 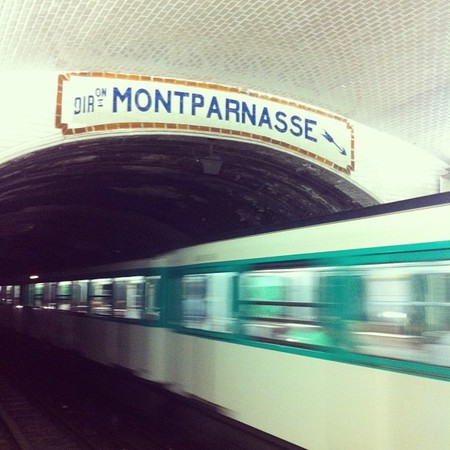 The Rennes metro has only one operational line, known as Line A. This route connects the northwestern part of the city with the southeastern part, in a journey among stations between the J.F. Kennedy and La Poterie terminals.

Inaugurated on March 15th, 2002, Line A transformed Rennes into the smallest city in the world with a metro system between the years 2002 and 2008. Despite being a small metro, it has offered a service that has been a complete success for its owners. The owners have calculated that the metro has made 140,000 daily journeys on the year 2014, and they estimate that the number of journeys will keep increasing.

The Rennes Metro works every day of the year, with the only exception of May 1st, date in which it does not offer any service.

It starts operations beginning at 5:00 a.m. From Monday to Friday. On Saturdays, the metro tends to begin working 15 minutes later, that is, at 5:15 a.m. Meanwhile, on Sundays and holidays, it starts operations at 7:30 a.m. The trains transit uninterruptedly until 12:45 a.m. from Monday to Thursday. The business hours are longer on Fridays and Saturdays, since the trains work until 1:45 a.m.

It needs to be pointed out that the subway service of the city of Rennes can work all night long if the metropolis holds any kind of festival or event that is important enough to warrant the use of public transportation.

The vehicles reach the platforms with a frequency between two and four minutes during regular working days. However, during the weekdays´ peak hours, the waiting times drop to only 90 seconds. The total average travel time of the line last 16 minutes, which is to be expected considering that it is a small system.

The Rennes Metro offers a wide array of fares and subscriptions, which have prices that adjust to the different kinds of users. They will be shown below:

One Heure Ticket : This simple ticket allows you to travel unlimitedly in both the metro and the bus lines of Rennes for an hour.

Pass 1 à 7 Jours : This pass allows you to travel on the metro and the bus lines of the city of Rennes uninterruptedly for one or 7 days. You can access it via the KorriGo Public Transportation Card, or by buying a valid ticket for the chosen period of time. However, with the latter option, you can only pay for up to five days of journeys. 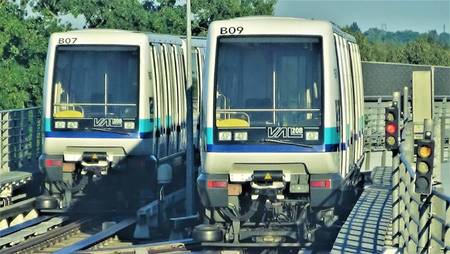 Pass Pluriel: This alternative is a shared ticket, which can be used by two, three, and up to five people. It offers you unlimited journeys for a whole day on the Rennes Metro, as well as in the local bus lines. Its price is of 5.00 euros.

Abonnement 1 à 12 Mois: This pass allows you to use the metro services and the bus lines for one or many months, with the option of being able to buy up to 12 months. It is valid from the moment that you buy it, and the subscriptions that last over six months can be paid by the user with a 50% discount.

Note: The prices of the monthly payment subscriptions vary depending on the age of the user. Make sure to confirm the price that you need to pay on the Rennes´ Metro system´s website.

The vast majority of the Rennes Metro stations have, at least, one connection with any of the bus lines that transit throughout the entire city.

These connections are explained below: 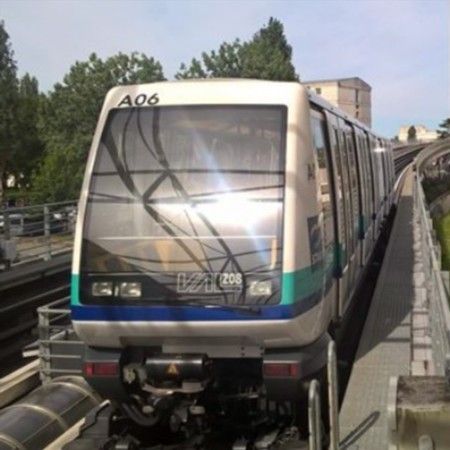 To go from downtown Rennes to the Rennes Saint-Jacques Airport, you need to board the metro towards the République station.

There, you can board buses from line 57, which are operated by the firm STAR. These buses are in charge of connecting the city with the airport. The journey tends to last between 20 and 30 minutes, and the stop is visited regularly by the buses.

During weekdays, the units begin to offer service from 5:20 a.m. to 1:50 a.m. Therefore, if you depart or arrive during the early hours of the morning, remember these hours. On Saturdays, the buses start receiving passengers at 6:00 am, and they end their service at 1:50 a.m. Meanwhile, on Sundays, service begins at 8:15 a.m., and ends at 12:50 a.m. 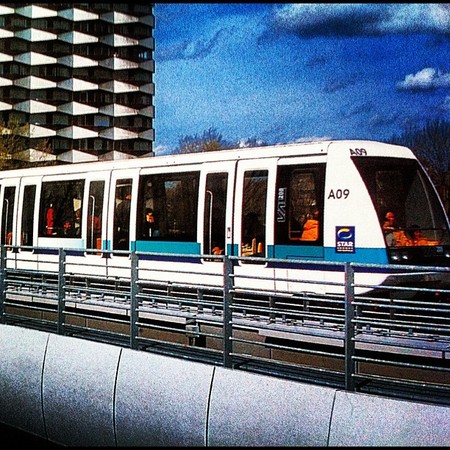 Conversely, if you want to go from the airport to Downtown Rennes, the journey is pretty much the same if you use line 57. The bus stop is located at 300 meters from the airport, so it is not difficult to find it. Then you can pay for the bus ticket directly in the vehicle, and it has a cost of 1.50 euros. However, if you wish to ride a cab, there are always taxi lines available in the vicinity, which could give you a solution that is more adjusted to your transportation needs.

The people in charge of the Rennes Metro have plans to expand the network since a long time ago. However, they have not reached a consensus about which project should be the definitive one to execute. This is especially true for the project of the construction of the second line, which has been under discussion for a while.

According to the information known up until now, the second line would go towards the northeastern part of the city, to the town of Cesson-Sévigné, which is a predominantly rural area. It will also go towards the southeast, to Saint-Jacques-de-la-Lande, on the Morinais district. The railway network will have a total of 13.4 kilometers in length and 15 commercial stations. The second line would also introduce the technology known as “Neoval”, which is an upgrade being managed by the Rennes Metro. This upgrade would me the metro more friendly towards the environment.

Likewise, there are also plans of enlargement for Line A, which is the current operational line. At the southern part of the network, it is desired to make the subway go towards the Chantepie area. This will be done through construction works to build the needed 3.4 kilometers of road. Meanwhile, at the northern terminal, the line could reach the Pacé area. The reason for this is to encourage the construction of residences in the vicinity and to favor the urban development of this area.

The Parc du Thabor is a park located near the Charles de Gaulle metro station, which has an area of 10 hectares. Its most attractive feature is that it has both French and English gardens within the same space, both of which are surrounded by a big botanical garden. The park is frequently visited by tourists, fact which makes this park garner a lot of attention from the authorities. As a result, they spend generous amounts of funding for its maintenance. Every nook and cranny is well kept so that the expectations of hundreds of visitors are met, who come daily to appreciate its beauty.

Another must-visit place for tourists is the Rennes Historical Center, which you can reach by disembarking at Sainte-Anne stations. This place is ideal for architecture lovers since buildings from Medieval, Baroque, and Renaissance times are preserved within a single space. Many bars, restaurants, and leisure facilities within the Historical Center have this type of architecture, serving as reliable evidence that the old and new can coexist without overshadowing one another. Also, activities for the citizens are frequently organized, including festivals during the summer. You cannot say that you have been in Rennes if you have not walked on its oldest streets.