The Rouen metro has a route of 15.1 (9.4 miles), only one commercial line and 31 stations. It is more like a tram or a light rail than a metro system. The train service runs from 4:30 am to 11:30 pm from Monday to Sunday. The price for a single ticket is €1.60 ($US 1.97). The Rouen Metro doesn’t have a direct connection to the Rouen Vallée Seine Airport but more details on a cost saving method to reach the airport are included here later.

Rouen is a small city located in the north of France and known as the capital of the Normandy region.

It has a little more than 110,000 residents and the number rises considerably to almost 660,000 when the metropolitan area is included.

Rouen’s history dates back to the dawn of the Roman Empire, when it was founded by Emperor Augustus, who governed from 27 BC to 14 AD. It is reserved as an extremely rich treasure that attracts thousands of tourists.

Additionally, as a port city, the sea is key to its economic development, as it forms a connection point between the English Channel and Paris.

Subsequently, having overcome the Second World War, the city of Rouen began to grow rapidly while the population also rose. It was already evident by 1980 that the infusion of the city’s public services, including public transportation, had surged due to the initiatives to construct a more robust mobility system.

The idea of building a comprehensive rail transportation system gave way to the origin of the Rouen Metro.

In 1989, administrative requirements for the project were put into place, with construction beginning 2 years later in 1991. The work lasted 3 years before the first section was finalized in December 1994. 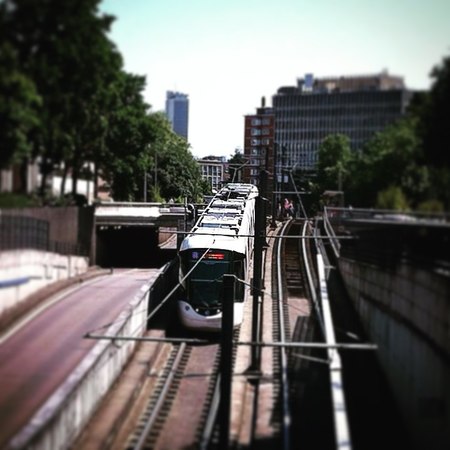 Since then, the current system route has expanded to 15.1 kilometers (9.4 miles) with just one commercial line and 31 stations. Although, the corresponding result is known as the Rouen Metro, it is truly more like a tram or at most a light rail.

The Rouen Metro currently has a commercial route of 15.1 kilometers (9.4 miles) although the sections reaching the train parking areas extend to 18.2 km (11.3 miles).

Its 31 stations serve more than 80,000 riders daily and are especially distributed among the Jouvenet and Saint-Sever neighborhoods. The network also runs from the Boulingrin stop to Saint-Sever, where the system divides into two branches but is still part of the same line.

One is directed to the Le Grand-Quevilly municipality, arriving at the Georges Braque stop, while the other serves the Saint-Étienne-du-Rouvray community, where the Technopôle terminal is found.

The following are some of Rouen Metro’s stations. 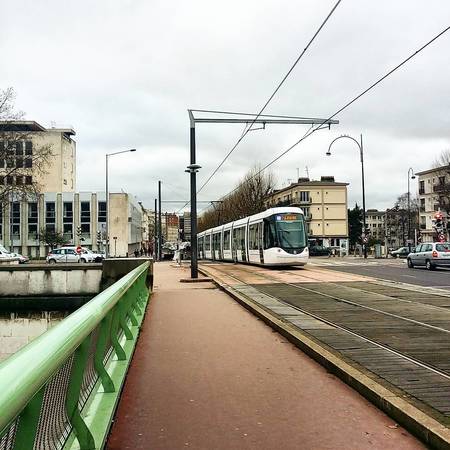 The Rouen Metro is extremely integrated with the local bus lines known as Metrobús, a bus system that circulates along particular routes that are designated for bus use only.

Below are various below ground connections.

The Rouen Metro has a substantial schedule for the city’s residents and visitors. The trains run from 4:30 am to 11:30 pm although they sometimes remain open 15 minutes longer while all passengers are exiting. This schedule runs Monday through Sunday although the train frequency varies.

The frequency of trains can be seen below: 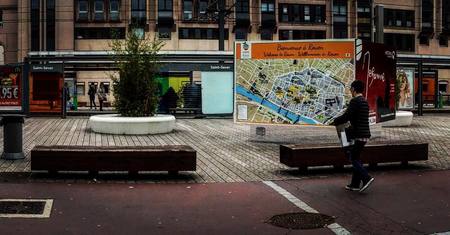 The Rouen Metro offers riders various payment methods, common to those used in most transportation systems, such as prepaid cards and plans that can be adapted to the rider. 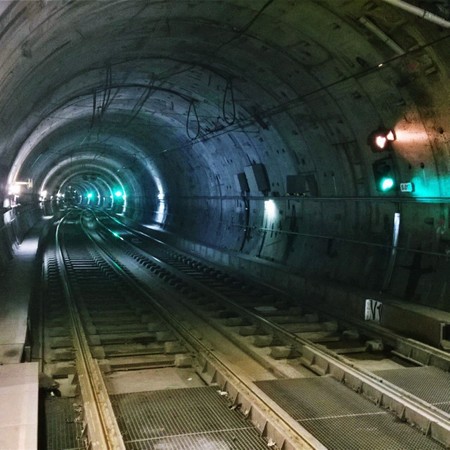 Naturally, the Rouen Metro has a set of established rules, in all its facilities, to help improve the riders experience and that should be followed while using the service. They are detailed below:

Connections to the Airport

The Rouen Metro does not have a direct connection to the Rouen Vallée Seine Airport. There is no bus line dedicated to reaching it. As a result, travelers must use taxis to reach the airport.

However, one can save money by taking advantage of public transportation and getting as close to the terminal area as possible. To do this, read the following instructions closely.

Primarily, one must board the metro system to reach Gare-Rue Verte station, where the bus number 13 can be taken from its stop right outside the train station. Next, it is of great importance that one pay attention to the route so that they exit at the shopping center stop, La Claire Voie, which can be found in front of the Centre Commercial du Canivet. Following arrival to this stop, one can take a taxi to the airport. Due to the proximity of this commercial center with the terminal area, the result is a much lower fare than what would have been paid if leaving directly from the center of Rouen.

In turn, if one wishes to travel from the Rouen Airport to the city center, one can use the aforementioned route with the goal of saving some money, especially if traveling without large sized luggage. Taxi stands can be found outside the airport to take you the destination of your choice. In this case, it will be the shopping center, Centre Commercial du Canivet.

Once in front of the shopping center, one can wait for bus number 13, going towards Rouen’s city center. It will make various stops along the way.

There are plans to extend the route that serves the Le Grand-Quevilly neighborhood to the Zénith arena concert hall located in the same area. However, the project was introduced in the 90s and failed to materialize. In any case, officials will communicate the considerable need for this future extension.

Also driving the reconstruction announcement is the forgotten Gare de Rouen Saint-Sever railway station under the administration of the Rouen Metro. This affirms that there will be a necessary expansion of the Saint-Sever station. The idea to accomplish this surged as the buses no longer have the capacity to transport the way trams can. The most recent ideal mode for transporting a large number of people points to a railway system.

However, at the current moment, it has not yet been officially declared, and this project remains in mere speculation on the part of some professional architects and engineers who work for the metro.

Near the Gare-Rue Verte station lies the Museé des Beaux-Arts de Rouen, a museum in which a large quantity of paintings dating back to the 15th century can be found. This museum welcomes thousands of tourists each year who visit for the grand beauty it offers.

Standing out is its exhibition of impressionist paintings by the artists Monet, Pissarro, and Gaugin. They are the site’s main attractions. Likewise, a variety of art appreciation events, found on the museum’s website, are held each year. Undoubtedly, it is a space where artistic sensibility can be rediscovered.

Additionally, a few blocks from the Gare-Rue Verte station, the Cathédrale Notre-Dame de Rouen can be found. The cathedral is an exquisite architectural work from the 13th century that can be appreciated for its perfected gothic style, constructed with materials from the Late Middle Ages. Even if one is not a worshiper, it is worth visiting this history filled cathedral that served as a witness to some of Rouen’s most meaningful moments.