The Lima Metro has just one line with 26 stations in 35 kms.

The time to travel the whole line is approximately an hour.

Metros in Peru: The Lima Metro

Lima, the capital of Peru, is one of the most populated Latin American cities of the region, thanks to its population of 8.5 million inhabitants. In fact, it is the third biggest metropolitan area in regards of number of inhabitants, just under Buenos Aires and Mexico City.

A long time ago, this city became a cultural, political, economic and financial center in the country. This is largely due to the fact that there is a big centralist movement that persists on the South American nation.

Also, the economic growth that Peru has experimented on the last few years has put Lima on a position of great importance. This growth has occurred since the city has an important number of qualified workers.

Precisely, for this last reason, the local authorities from the region began to consider the possibility of beginning projects involving the construction of infrastructures that would offer an answer to the increasing transportation demand of the people of Lima.

The project´s beginnings date back from the 80s, but it would be paralyzed when the 90s began due to issues regarding corruption, which resulted in an incomplete construction. It remained like that for almost 20 years, until, in 2009, the government decided to resume the construction works.

After two years of hard work, line 1 for the Lima Metro was practically finished by January 2011, and the only work left was to electrify the railroads and restore the vehicles, which came from Italy. 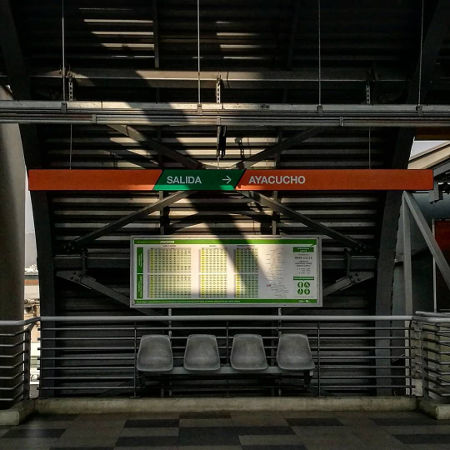 Finally, on July 11th of that same year, the first line of the system was officially inaugurated, with a 35 kilometer-long railroad and 26 operational stations. However, this is just the first phase of a more ambitious project that has the goal of connecting the entire capital with many lines.

The Lima Metro only has one commercial line, which is comprised of 35 kilometers of road and 26 stations. This line’s journey goes from the northeast of Lima to the south, crossing through 11 districts during the ride. Its trains transit at ground-level in the south, but they start to transit at elevated roads after reaching downtown and while heading to the north. On average, the vehicles manage to go through 35 kilometers in around an hour.

The system´s stations are the following: 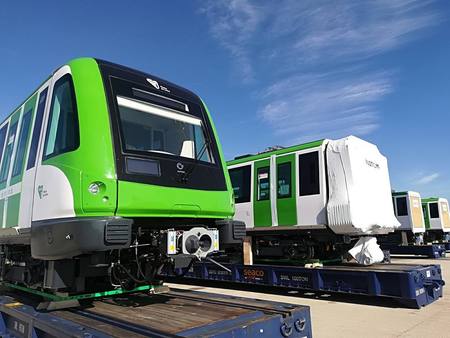 The Lima Metro´s business hours are quite convenient for its users, even though it is not open for 24 hours straight. From Monday to Friday, the trains start offering service from 6:00 am, and they keep operating non-stop until 11:00 pm. During these days, the train frequency is around 7 minutes per train. However, during peak hours, the train frequency is considerably reduced to just three minutes.

On Sundays and holidays, just like on Saturdays, the business hours once again remain the same. However, the train frequency is around 10 minutes per train all day long.

The Lima Metro offers you two ways to pay for your trip on the system. In both cases, the passengers should buy a reloadable card, since the metro´s authorities chose to not to sell the standard tickets any longer.

The cards are the following:

Note: Children under six years of age can travel for free if they travel with their legal guardian. Likewise, members of the national police and fire fighters do not have to pay any fee to travel on the system.

The reduced fare for students is not available during holidays nor during vacation periods. 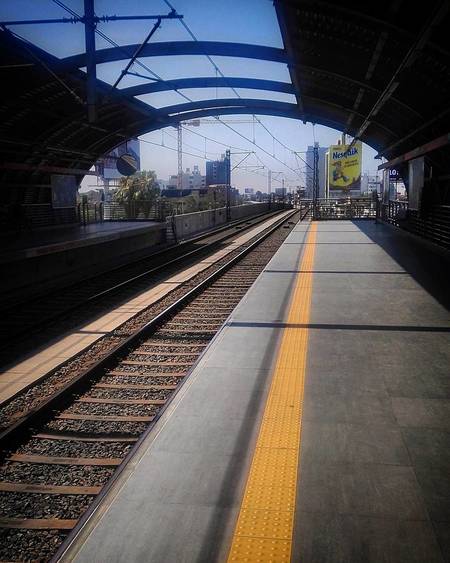 The Lima Metro´s rules are divided in different sections, with the goal of making them as clear as possible to the passengers.

Rules during the journey 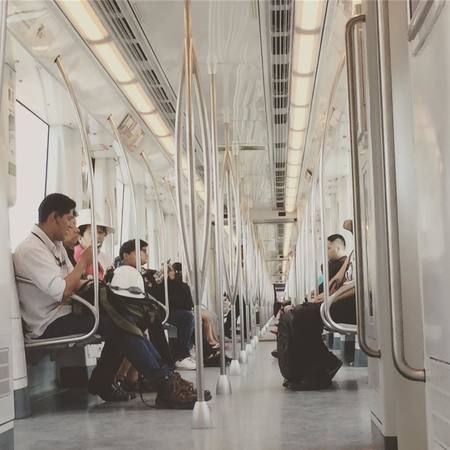 Sadly, the Lima Metro is not linked with the Jorge Chavez International Airport, but there are some available alternatives. The alternatives are the following:

The first option is the Airport Express Lima, a bus line equipped with air conditioning, Wi-Fi, and USB chargers on the seats. This bus line started offering service a few years ago. It was proposed to compensate for the city’s deficiencies in regard of public transportation, such as being unable to reach to the country’s most important airport. However, this bus line does not have any stop in any of the metro stations of the railway system, so you will need to use another transportation service to use said bus line.

The Airport Express Lima lies on the Miraflores district, right at downtown Lima, which is one of the points of reference of the city due to its commerce and culture. To reach it by using the metro, you should get off at the closest stop, which is the Angamos stop. Even though it is relatively close, it is not within walking distance.

Therefore, it is recommended that you use a taxi to move around. Other means of transportation, such as the ones known as the Combis, are not recommended at all due to the high likelihood that you’ll get mugged in them. 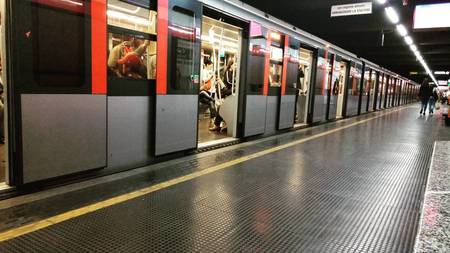 Once you have reached the district, and after you have ridden on one of the express bus lines, the journey will only last between 25 and 30 minutes. The single ticket price is of 8 USD, while the round trip ticket costs 16 USD. You can pay for your trip in either Peruvian Soles or American Dollars.

The journey is the same if you want to do it the other way, from the airport to downtown Lima. However, you can also find just outside the airport taxi lines and rent-a-car services, which serve as your second and third transportation options if you don’t want to use the bus. Also, these services are way better options than moving around via Combis or other transportation options. The airport lies in one of the most dangerous areas of the Peruvian capital, so you will need to be cautious.

The Lima Metro has had expansion plans since its beginnings. The final project states that six metro lines in total will be built. As a consequence, the authorities have been constantly been spending funds for this work.

In fact, line 2 has been under construction since the year 2012, when the president Hollanta Humala approved the needed funding. A state agency called Proinversión was in charge of the research, as well as everything else related with the planning and structure of the work. The objective was to obtain all the needed data so that private firms could help with the project. Thanks to the analysis done to all of the compiled data, the construction of line 4 was also approved.

After approving the project, the firm in charge decided to build line 2 completely underground. It is expected that this line connects the city from east to west, and that it joins with line 1 at 28 de Julio station. Also, this line will have access with the metropolitan bus station, which is located at Plaza Grau. The same firm will have to be in charge of the construction of the first 8 kilometers of line 4. Line 4 will go from the north of the city towards the south, and it will have a stop at the Jorge Chavez International Airport.

Meanwhile, the national government is also currently doing research in order to build line 3, which, in a similar fashion than lines 1 and 4, will allow trains to travel through the north of the city towards the south. The current blueprint states that six commercial lines will be built, which are planned to be inaugurated on the year 2035.

On the last few years, Lima has become one of the most visited touristic destinations in South America. For instance, near the Canada station you can find the popular Reserve Park, which is also popularly known as the Magic Water Circuit. In it, you can enjoy the sight of beautiful fountains that are available in its surroundings. They are especially charming during the night, when a lights display accompanies the water coming from the fountains.

Its diversity makes it a place for the whole family, and an excellent place for romantic encounters among couples. However, you will need time if you really wish to explore it thoroughly, since its surface area is of 8 hectares. Also, the number of visitors is quite large.

Another destination that you cannot miss while visiting the city of Lime is the San Juan de Miraflores district, which you can reach by disembarking at Maria Auxiliadora station. This place’s main highlight is its variety of bars, restaurants, and stores that are available for the local and international visitors. Additionally, safety is one of this place’s strong points, since it is one of the safest and cleanest areas on the Peruvian capital. In fact, in most touristic guidebooks you will discover that visiting San Juan de Miraflores is quite recommended.