The Panama Metro has one line that extends 15.8 kilometers (9.8 miles). It provides service to 14 stations as it travels from north to south and passes through the city center.

The Panama Metro schedule runs from 6:00 a.m. to 10:00 p.m., from Monday to Sunday, regardless of holidays or special celebrations. The train frequency is about every 3-8 minutes, depending on the time of day.

The Panama Metro does not have a direct connection to the Tocumen International Airport.

Founded on August 15, 1519, Panama City is the capital and the most populated city in Panama. Currently, there are 2,000,000 people living in the metropolitan area, which makes up almost half of the country’s total population.

The landscape of this metropolis has transformed radically since its economic boom, at the beginning of the century. It went from having four or five skyscrapers on the horizon to nearly 48, in addition to the many others already under construction.

This economic boom contributed to the country’s position as an emerging economy. It grew into one of the region’s most important air and water traffic control centers due to its striking geographic strategy.

This development ignited the creation of infrastructure to meet the needs of residents, who were inundated by the major growth. They desperately needed health, education and transportation systems, to match Panama City’s new reality.

The Panama Metro was one of these projects. It began to go up in 2011. Officials began a process of selecting a company to manage it in 2009, the same year that the companies, FCC and Odebrecht were contracted for construction.

Work was set in motion on February 14, 2011, with plans for the first line to extend about 15 kilometers (9.3 miles) and have 14 stations. The modern-day Panama Metro opened on April 4, 2014. Considering its estimated length and the number of stops, many classified this as record time. 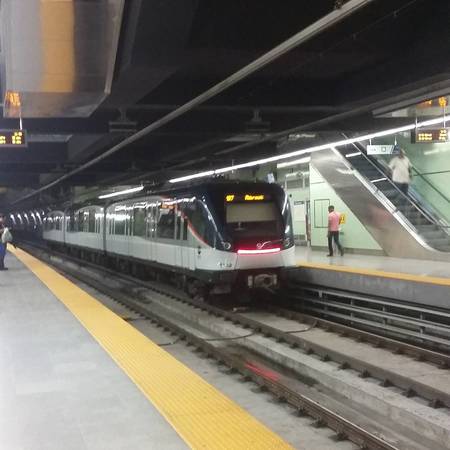 As part of the city’s master plan, there are two more routes in progress. The plan is expected to include a 10-million-dollar investment in public transportation, lasting until 2035.

The Panama Metro currently has just one operating line. Its railway extends 15.8 kilometers (9.8 miles) although it reached just barely 13.7 kilometers (8.5 miles) during its inauguration.

This line’s route services 14 stations while traveling from north to south and passing through the city center.

After the 2014 project was complete, the Brazilian company, Odebrecht and the Spanish company, FCC gradually expanded and annexed new stops, until the present length was reached. 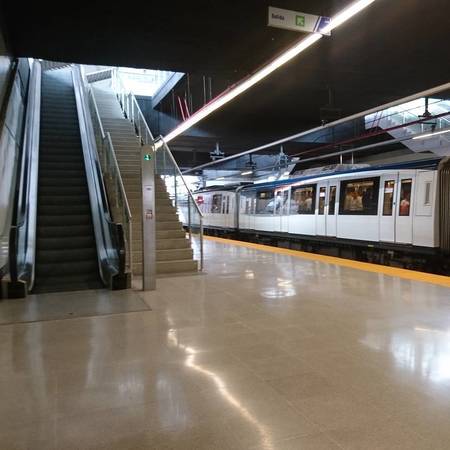 The Panama Metro operates from 6:00 a.m. to 10:00 p.m. from Monday to Sunday, regardless of holidays or special celebrations. Trains usually reach the platform every 3-8 minutes, depending on the time of day.

The Panama Metro does not include monthly payment plans to which riders can subscribe. However, there is an established standard fare per trip, which riders must cancel through the use of a reloadable card, called the Tarjeta Metro.

These cards can be obtained from automated machines that are found throughout the system stations. The cost is $US 2.00 and they may also be used on the city’s urban bus routes.

Each metro trip is $US 0.35, discounted with the Tarjeta Metro. Authorized service personnel advise riders to store a weekly balance of $US 5.00 on their card. This will facilitate movement throughout the stations, although each charge will just be for the specific amount needed.

The subway cannot be used without the metro card, so it is extremely important to pick one up. Cards can be purchased or reloaded at station machines or at authorized agents located throughout the city. 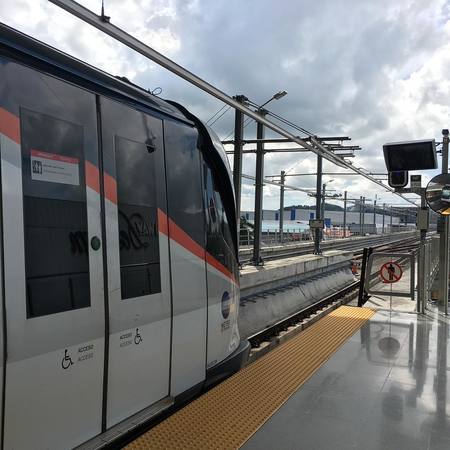 All primary and secondary students receive a 50% discount on Panama Metro fares. Trips are just $US 0.17. However, only two trips can be taken per day at the reduced fare. Regular fare must be paid for any additional trips.

Students wishing to take advantage of this benefit must be properly registered in the Transit Authority and Land Transportation database. This is the same entity in charge of maintaining information on high school graduates who use the MetroBús.

However, the following restrictions apply to student fares:

Requirements for retired and elderly people

Requirements for people with disabilities

Note: You must keep your ID on hand if using a discounted card for retirees, elderly or disabled people, in case Panama Metro authorities ask for identification to verify appropriate use. 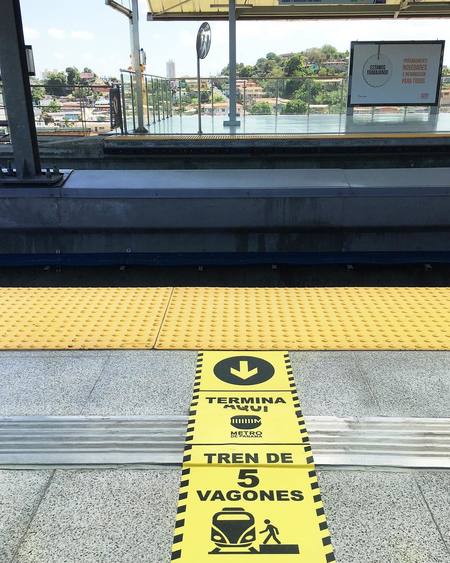 The Panama Metro does not have a direct connection to the Tocumen International Airport. However, there are connections available by bus

The airport can be reached by getting off at Albrook metro station, in the city’s southern zone. From there, one should go to Albrook–Bahía E bus stop, found a few meters away. It is essential to then take the buses serving the Tocumen–Corredor Sur–Albrook route since they stop at the terminal area stop.

The trip usually lasts between 40-45 minutes and costs $US 0.70, which can be purchased with a metro card or MetroBús fare. There are 11 bus stops on this line, prior to reaching your destination at the Aeropuerto-I terminal stop.

Similarly, metro services can also be used to reach Panama City from the airport. One must simply board the buses in the direction of Albrook–Bahía E, that will drop you directly at Albrook station.

However, from the Aeropuerto-I stop, it is also possible to board buses on the Albrook- Bahía B route, which stop at San Miguelito metro station. This second option costs a little less, as the bus route for this section costs just $US 0.25.

There are various options for getting from the air terminal to the city. They include taxis and rental vehicles that ensure the best service possible.

The Panama Metro has bus stops near several of its stations. They include the following:

The Panama Metro project is part of the Panama Metro Master Plan. It is expected to be completed by 2035. The current outline includes the construction of 7 additional lines. According to official estimates, it is expected that its completion will absorb 50% of Panama City’s demand for public transportation.

The main objective is to provide a rapid transit railway that connects the capital’s northern and southern communities to the city center as well as other areas. Daily service should reach over 1 million passengers in the future.

Line 2 has been under construction since 2015, with an expected duration of about 4 years. The consortium that carried out the project is the same one that built line 1. It is composed of the Spanish company FCC and the Brazilian company, Odebrecht. The route will be 21 kilometers (13 miles) and extend from San Miguelito neighborhood to Nuevo Tocumen’s surrounding areas. Panama City’s Casco Viejo (Old Town) is located near the 5 de Mayo station. It was declared a UNESCO World Heritage Site in 1997. This is a colonial style area with narrow streets and picturesque surfaces. Its surroundings are filled with restaurants –including native and fine food-, hotels, squares and monuments located here and there. There is a special glow at nightfall, when the spaces are filled with life from the presence of tourists and merchants selling souvenirs. This type of immersion with the people and traditions is the perfect way to get to know the essence of Panama.

The bus from Albrook station at the Bahía–E stop, which includes the Albrook–Isla Flamenco–Amador route, can also be taken to visit the iconic Biomuseo. The museum holds both permanent and temporary exhibitions, with a special emphasis on ecology. Its goal was to raise awareness among citizens on the importance of the environment. With the inclusion of spaces for leaning, leisure and observation, it stands as one of the country’s most interesting sites and a must-see before leaving. Map via www.elmetrodepanama.com
See map full resolution. It may take a little bit to load.