Docklands Light Railway is the transportation system serving the area of ​​the docks of London; it was created in 1987 to serve this area after its revitalization. The DLR makes its connection from Docklands and Stratford to the north, Lewisham to the south, Tower Gatheway and the financial center of London to the west, and Beckton to the east to the London Airport and Woolwich Arsenal.

Docklands (London Docklands) is a region east of London and is in the district of Greenwich, Tower Hamletse, and Southwark. It is a commercial and residential district in the Port of London. DLR is considered only one line and has several sections. There are 45 stations, is 31 km long and has already been used by more than 110 million passengers per year.

At this time it was necessary to provide an economical transport solution. For that reason, London Transport began evaluating options for light rail and created the Docklands Light Railway.

There was interest from private companies in the Docklands region after the establishment of the DLR, because it made possible the transport of passengers to the main points of the Greater London area within minutes.

Docklands Light Railway (DLR) was opened in August of 1987. The system was operated by Serco Docklands company for 17 years, and today is managed under management of KeolisAmey Docklands, awarded by Transport for London. 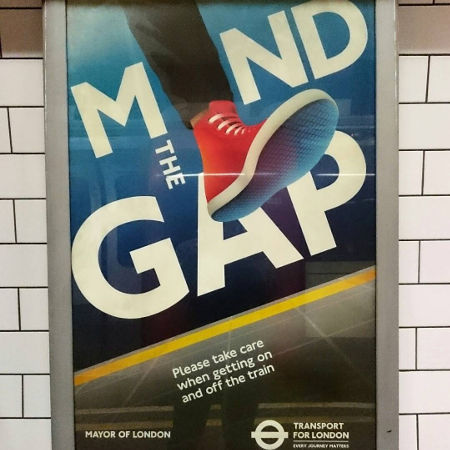 How to travel by Docklands Light Railway?

Sometimes you need to change platform to reach your destination. You must look at the map to see from which stations you can change platform and to transfer to another section.

There is a Docklands Light Railway station at London Airport. To get there, you need to take the DLR from any station to Woolwich Arsenal.

4) Languages ​​in the Docklands Light Railway

All announcements are in English.

The frequency of trains is 5-10 minutes throughout the day and 3.5 minutes during peak times.

DLR has the same rates as the London Underground. As its path is mainly in zones 1, 2, 3 and 4 must take into account the rates of these areas.

To travel on the London Underground system and also DLR (its complement system), the top recommended card is the Oyster card, which can also be used on trains and buses.

If you want to spend a few days in London, you can purchase prepaid Oyster Card (pay as you go) without registering; you only have to pay 5 pounds to purchase your card at any underground station or DLR London. With Oyster, you'll be able to use all means of transport in London and always at a discounted rate. It is highly recommended to save on your trip!

TravelCard is a travel ticket that can be used for 1, 3, 7 or 30 days. That is, with TravelCard, you can make as many trips want in the public transport system in London according to the number of days and select areas. To purchase the TravelCard of 7 days or more is necessary to make a photocard, a card that contains your photo and your user name.

TIP: You can recharge an Oyster Card with the ticket TravelCard, mixing the two systems. This way, you'll be able to add more credits to your Oyster Card and pay the difference to visit other areas of London without buying a new TravelCard.

For more information on cards and rates of Public Transportation System in London, click here.

The Oyster and Travelcard can be purchased in vending machines and retail outlets in all stations, and can be paid by credit card, debit card or cash. The Oyster card can also be purchased at Newsstands and supermarkets, and the £5.00 paid to buy the card are refundable upon return of the card.

What are some interesting points which I can visit from the Docklands Light Railway? Map via content.tfl.gov.uk
See map full resolution. It may take a little bit to load.