Currently, there are two operating lines with a total of 60 stations. The total length is 77.5 kilometers (48.2 miles), making it the second largest metro in the United Kingdom, after the London Underground.

It opened on August 11, 1980, when former railway lines were adapted to the subway’s new underground tunnel structure.

Metros in the United Kingdom: Newcastle upon Tyne

Newcastle upon Tyne is a city in northeastern England, which is part of the United Kingdom of Great Britain and Northern Ireland. The city is part of the Tyne and Wear metropolitan district.

This metropolis is part of the Eurocities network. Founded in 1986, this group connects Europe’s major cities and makes up a total surface area of 113 square kilometers (43.6 square miles). 1,650,000 people live within the network’s total metropolitan area.

The origin of Newcastle dates back to the Roman period, when the Pons Aelius Bridge was elevated to guard the River Tyne. The city provides a comfortable contrast between its traditional structures and modern buildings. Far from harming the view, they complement one another.

Among Newcastle’s most important structures are the Newcastle St James’ Park soccer stadium and Newcastle University, which has one of the most impressive campuses in Europe. 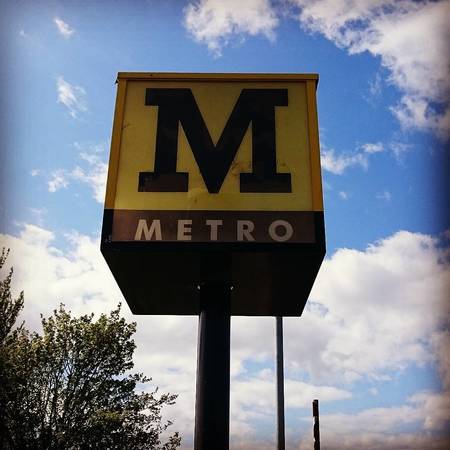 The metro began operating on August 11, 1980 with the first section of the green line was put in place.

There are a fleet of 90 vehicles, referred to as “Metrocars”. They have the capacity to carry 84 seated and 188 standing passengers. The latest vehicle renovation was completed in 2015 by the North American company, Wabtech Railen.

This transportation system is managed by the region’s transportation authority, Nexus, which is part of NECA (North East Combined Authority). The metro transports 37.7 million people annually.

The Newcastle railway history began during the early decades of the nineteenth century. The installation of a large number of railway lines grew in direct relation to the increased use of steam as an energy source for a number of things, that included transportation as.

By 1904, the North Eastern Railway (NER), began to electrify the railway network, marking the beginning of an electric railway that would cover all the regions north of the River Tyne.

However, passenger ridership on the electric train was considerably small by 1960 and maintaining the operation based on electric energy was too expensive. Consequently, the railway vehicles were adapted to run on diesel.

It would not be until the 70s, when the local transportation authority began a project to develop and improve the transportation conditions. The decision was to electrify the train rails again and build new subway like rails and tunnels. Work began in 1974 and by August 11, 1980, the first phase of the renovated transportation system was in place.

The Newcastle upon Tyne Metro is made up of two lines with a total of 60 stations.

The first line opened as a metro line in 1980 and the second one began operating four years later.

Both sections make up a 77.5-kilometer (48.2-mile) route that circulates over most of the city and its surroundings.

The Green Line has a total of 31 stations that cover the city’s east-west corridor. The route forms a diagonally curved line.

The terminal stations are the Newcastle Airport stop and Sunderland station and as its name suggests, its distinguishing color is green.

This route covers the city’s east-west corridor, forming a horizonal shaped line with curved ends. There are 41 stations, 11 of which are shared with the Green Line. 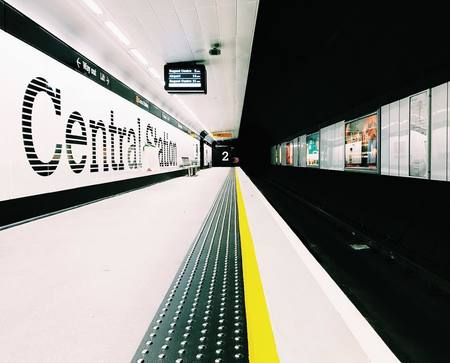 Saint James and South Shields stations are the terminal stops. Yellow is this line’s distinguishing color.

Newcastle has several transportation systems that complement the metro. Nexus manages them as well. Their characteristics have been adapted according to the cities they must cover.

Primarily, there is the Shields Ferry. This is an effective transportation method for navigating the River Tyne. It may also be used to travel to the other side of the canal, which is a trip that takes just 7 minutes. The Shield Ferry has four boats, which 400,000 passengers use annually.

In addition to the ferry, Nexus has a bus system in place that serves a major part of the city. There is a total of 17 stations and the three that connect directly to the metro are Four Lane Ends, Heworth and Regent Center. This transportation mode also covers the city’s surrounding areas and serves 30 million passengers annually.

The suburban railway is also run by Nexus. It connects Newcastle upon Tyne to other cities in the United Kingdom, including routes to Edinburg and Glasgow, Leeds and Manchester, Sheffield, Birmingham and London.

The Newcastle International Airport is one of the most important air terminals in the United Kingdom. Over 20 airlines operate from here, allowing the city to stay connected to almost every European nation as well as other countries. The airport is located in Woolsington, a village on the outskirts of Newcastle upon Tyne.

The Newcastle International Airport can be reached from the airport terminal station available on the metro’s Green Line. The station is northwest of the city and just a few feet south of the airplane terminal. It is connected through a covered tunnel.

This stop has been operating since 1991 and is considered one of the most efficient within the country’s metro systems. The operating schedule is from 5:37 a.m. to 11:39 p.m. and travel time from the airport to the city center takes just 24 minutes.

The Newcastle upon Tyne metro has a high daily influx of passengers. This led the administrator, Nexus to devise an operational and frequency schedule that would provide service at almost any time of day.

This incorporates two other systems run by the state subsidiary. The schedule and frequency of each line is outlined below:

The first train departs from the Airport station at 5:40 a.m. and the last train arrives at Sunderland station at 12:01 a.m.

The weekday and Saturday schedule are the same.

However, on Sundays and holidays, the first train departs at 6:20 a.m. and the last train reaches the terminal station at 11:46 p.m.

The regular train frequency is every 10 minutes. It is every seven to eight minutes during peak hours and every 15 minutes on weekends and holidays.

The first train departs from St. James station at 6:13 a.m. The last train reaches Gateshead and Barrow station at 11:39 p.m.

Like the Green Line, regular train arrival is every 10 minutes. During peak hours, it is every seven to eight minutes and trains arrive every 15 minutes on weekends and holidays. 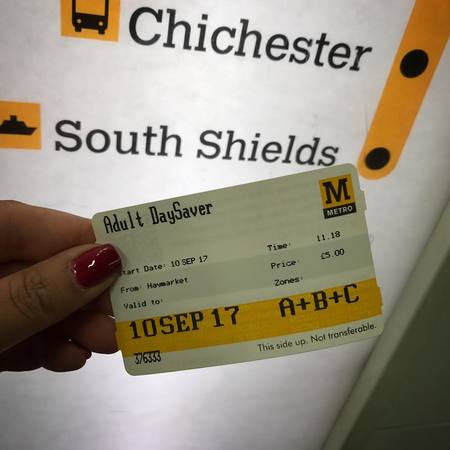 Nexus, Newcastle upon Tyne’s operator, has designed an entire fare system capable of meeting the various demands of its riders.

The price varies according to ticket type, the zones traveled and the rider’s characteristics.

The following list details payment for ticket types and how to obtain them:

It should be noted that children under the age of 5 ride free of charge. Children between the ages of 5 and 16 may use the Pop Friendly card, which offers unlimited trips in one zone for 1.10 pounds sterling ($US 1.42) or a single trip may be taken for 0.60 pound sterling ($US 0.77).

Regulations are always needed in systems that transport a large number of riders. These rules are employed to maintain public order, rider civility, proper care of facilities and people’s physical and moral integrity. Below are some of the regulations outlined by Nexus:

Nexus has been considering a series of expansions on the system’s current lines since 2004. The goal is to increase ridership, provide faster service and improve efficiency.

Primarily, there is the construction of a route between Tyne Dock and East Boldon, which will connect the two currently operating lines. This will form a direct connection in the south of the city, where there is currently no transfer point between the two lines.

One of the most compelling projects is a connection to the Blyth and Ashington Metro system, that will be completed through the Northumberland Park station.

Additional plans include the expansion of the Green and Yellow Lines respectively. The first includes a new section heading north while the second will extend to the far west. However, both are delayed due to the high costs of constructing new tunnels and railway extensions.

Sightseeing via the Newcastle upon Tyne Metro

Newcastle upon Tyne is one of the United Kingdom’s most significant cities. Over the years, it has transformed into a popular tourist destination for the many people visiting the United Kingdom. Its Roman and medieval past make the city a living part of history, yet it has also come to represent modernity and athleticism. The metro is one of the best ways to get around the city. Included below are some of the sites that can be reached via the Newcastle upon Tyne Metro:

Chinatown: Like most of the world’s cities, the Newcastle upon Tyne’s Chinatown is a major attraction to anyone touring the city. This is due to its many commercial activities and the cultural effervescence that centers around its streets. Most tourists stop along these streets to obtain traditional Asian spices and to savor new culinary experiences. To reach this destination, one must simply get off at St James station on the metro’s Yellow Line and walk a few meters.

Hatton Gallery: Hatton Gallery is one of the city’s most important sites for artistic expression. This is the University of Newcastle’s gallery located in the University’s Fine Arts Building. This facility was founded in 1925 by the King Edward VII School of Art. The Hatton Gallery has a permanent exhibition of over 3500 works, that date back to the sixteenth century. Among the exhibitions there are paintings, recordings and sculptures. Some are grand scale. If wishing to visit, one must simply get off at Haymarket station on the Yellow Line and walk a few blocks.

Grey’s Monument: This is one of the most visited monuments in the city. This statue was erected in Lord Grey’s honor for his approval of the Great Reform Act of 1832. It is 40 meters (131.2 feet) high and was designed by the architects John and Benjamin Green. The historical value of this monument is immense, not only due to its construction but also due to the lightning bolt that destroyed Lord Grey’s head in 1941. To visit this statue, one must simply get off at Monument station, found on the Yellow and Green Lines and take a short walk through the city’s historic center.