The metro system of Maracaibo consists of one line, with 6 stations and has a length of 8.1 km. It serves the public seven days a week from 6 am to 8 pm during weekdays and from 8 am to 6 pm on weekends and holidays. The trains arrive every 5-10 minutes. The price for one basic ticket is 4Bs. There is no direct connection to the airport, although you can reach the city by using the metro bus.

Maracaibo is the second most populous city in Venezuela, with more than 3.8 million inhabitants. We are talking about the most important industrial center in western Venezuela. It is present in a petroleum-rich zone. From the colonial period, when it was founded, it experienced latent growth, because it fell victim to groups of pirates that lived in the well-known lake that shares the same name as the city. However, despite difficult conditions to settle down, Maracaibo became a vigorous city and the capital of the state of Zulia. In this manner, the Marabina localities were consistently inhabited during the 20th century.

By the 90s, after one hundred years of population growth, local authorities perceived the imminent collapse of the public transportation system of the metropolis. Because of this, urban specialists suggested a plan to introduce a metro system to the architecture framework in the city, but they initially did not receive a positive response.

Three years later, the first train manufactured for the system arrived from Germany in the port of the city, and was exhibited to the citizenry as proof of economic growth. The Siemens Company collaborated on the signal, automation and electrical part of the work.

The first two train stations were opened in November of 2006, and they were expanded to a total of six in 2009. They make up line 1 and encompass 8.1 km. The amplification and construction of line 2 are under review. 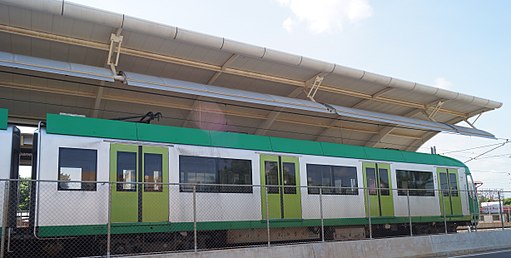 In principle, the Compañía Metro de Maracaibo hopes to build four lines. The first of them, and the only one that has been finished, is route 1, from Altos de La Vanega to Libertador, serving 8 kilometers of the center of the city and forming a C-shape on its route.

This first stage is made up of six stations: Altos de La Vanega, El Varillal, El Guayabal, Sabaneta, Urdaneta and Libertador. In the future, an additional eleven stations will be built in two more stages, resulting in seventeen metro stops.

The metro operates seven days a week, and its hours are established in two modalities. From Monday through Friday, is serves users from 6 am to 8 pm. The trains arrive every 5 to 10 minutes. In general terms, the system functions efficiently, other than an unprecedented situation that will force a stop to operations to guarantee the safety of passengers.

The trains function from 8 am to 6 pm on Saturdays, Sundays and holidays. We recommend that all those that use the Maracaibo Metro, be aware of the official Twitter accounts, as this is where a suspension of operations is announced.

The cost of the Maracaibo Metro was enshrined by presidential decree, and it was established by the national executive. Up until 2017, the value of the general bill barely reached 4 Bolivares. Students pay 1.2 Bs total. It isn’t possible to determine the value of the bill as foreign currency, like the dollar or euro, due to exchange control in the Caribbean nation. In either case, you can inform yourself about the value of the money exchange in Venezuela, online.

The Metro of Maracaibo system is also integrated with two other complimentary services that allow it to expand its reach. These are the metro bus MetroMara and the TransMaracaibo, which are also administered by the Compañía Metro de Maracaibo. Both have a cost of 50 Bs, for the general ticket, costing considerably more than the train system, and 15 bolivares for students. Disabled people and adults older than 60 years can use the Metro, as well as the two complimentary systems, MetroMara and TransMaracaibo, completely free.

Starting in 2014 the metro bus MetroMara, the complimentary system of line 1 of the Metro of Maracaibo, began operating. It was created for normal buses, bigger than those nicknamed “camionetas”, which are the principal mode of transportation in most Venezuelan cities.

It should be mentioned that there are two interurban routes with La Concepción and La Cañada de Urdaneta as their destination. In the case of the metro bus that is headed to Bella Vista, it connects in its last stop with the TransGuajira system, administered by the Compañía Metro de Maracaibo.

At the same time the TransMaracaibo is as a complimentary service, made up by buses joined together with medium to long-distance reach journeys. Next, follows the stations where the train system connects with alternative transport services:

The Maracaibo Metro has a set of well-structured regulations especially useful for first-time riders needing solid information regarding whatever topic interests them. Next are the system norms.

The Maracaibo Metro does not have a station that connects directly to the Aeropuerto Internacional de La Chinita, like other cities. Despite this, thanks to the complimentary service of the metro bus, passengers have one bus route available that links the airport terminal with the train system.

From the Center of the City to the Airport

If you take the metro to the center of Maracaibo, you should do it in the western direction toward the Altos de la Vanega station. Once you get to the platform, you will have to go to the ground floor because the metro is elevated. Once you do this you can ask a service operator where the metro bus stop headed to the airport is located. Any service person is capable helping you. Once you know which bus you need, board, and remember that the pass has a cost of 50 Bs compared to 6 bolivares for the metro ticket. The vehicle will transfer you to the Aeropuerto Internacional de La Chinita, leaving you just in front of the main entrance.

From the Airport to the Center of the City

If you are headed in the opposite direction, which would require that you transfer from the airport terminal to the center of the city using public transportation, you will have to take the following steps. Before leaving the airport, ask the security personnel where to board the metro bus, any of them can help you. Then, direct yourself to the stop, pay the respective 50 Bs and go to the Altos de La Vanega station. Before arriving at the final stop, you can change to another route of the metro bus by asking for advice from the conductor. They generally give good advice to get around the city. Even though we are talking about the most economical choice for you, consider traveling by taxi from the airport terminal, preferably though airport-authorized lines, for your security.

In actuality, there are plans to expand the Maracaibo Metro, although they don’t have an opening date. Three stations would be added to line 1: La Padilla, Falcon and 5 de julio; completing a total of 9 commercial stops in this first journey. And although these construction works started a long time ago, the works have been very slow, without a clear end date. But there is speculation that it will be before 2019.

At the same time, authorities responsible for the metro also presented a proposal for line 2. On the other side of eight stations: Paraíso, Indio Mara, Universidad, Polideportivo, Galerías, Mercado Periférico, Panamericano y La Curva de Molina. The proposal took place in 2011, but the work hasn’t begun. When it is ready, they will add 9 extra km to the 8.1 of line 1, which will result in a total of 17 km between both routes.

When arriving to the Libertador station, visitors will be able to take a metro bus headed to the San Jacinto stop. Just in front of the station you will find the iconic cathedral of the city, the Basílica Nuestra Señora de Chiquinquirá. It is the church with greatest attendance in the whole state of Zulia, famous for receiving thousands of parishioners during holy week. During the month of December, it is customary to build life-size mangers, which are always colorful, for the locals and visitors. It is located in the smack center of the city, and is accessible to everyone. If you are not religious, appreciating the architecture of the site never hurts. It is an edification that honors the Virgen de Chiquinquirá, who is the patron of the Zulia territory. The structure includes three ships and two towers, a presbytery, a major altar and numerous niches where they worship other saints.

You will find the Museo de Arte Contemporáneo Lía Bermúdez at station Libertador by taking the metro bus but this time toward the northwestern stop. From the beginning, it was thought of as the municipal market, without major touristic attraction, but after the participation by groups related to art, it became the cultural center of Maracaibo. Within the facilities, the paint and photography expositions are very common, along with theatre plays, musical spectacles and dance, and even projecting movies and documentaries for the public. It is thought of as a place for the gathering and fraternity for inhabitants.

There are also handicraft stores, with handicrafts made by aboriginal tribes like the Wayuu, that have immense historical importance. In case you require rest, the immediate vicinity has a café with regional candy. It is without a doubt a must-see spot for those who visit the metropolis for the first time. The options are varied, on occasion even free, especially on important state and national holidays. Be it as it may, you cannot stop going to an art gathering, with how beautiful and the sublime it is.