The Poznań Fast Tram has 8 kilometers of route and 6 stations.

Poznan is the fifth largest city in Poland, with 567 thousand inhabitants and one of the oldest cities in the country.

Considered by many as the cradle of Poland, since in the past it was the nation’s executive center as well as the residence of the Polish monarchy - actually, in the year 2008 the president at the time named Poznan as - Historical Ensemble -

Currently, the city is a very important place for the academic, scientific, business, industrial and cultural sectors. At the same time, it has a growing share of entrepreneurship that offers several services.

Its economic highlight has reached such level the fairs and events aimed at promoting new investments, both in Poznan and in the rest of the country, received 500 thousand visits from around the world, earning the title of the second destination in Eastern Europe with the largest number of business tourism.

However, this hasn’t always been this way. For a long time the country was under the dominance of Soviet communism, and regarding Poznan, the city barely experienced any kind of tangible development.

One of the most relevant structures at the time was the construction of a streetcar that linked the districts of the north, known as Poznań Fast Tram, which construction began in 1975.

However, the construction was turning out very slowly. So much that even when the regime of the Soviet Union fell down, the transport system wasn’t yet finished.

In 1993 the project was resumed and after 3 years, the authorities officially inaugurated the Poznań Fast Tram section in 1996. 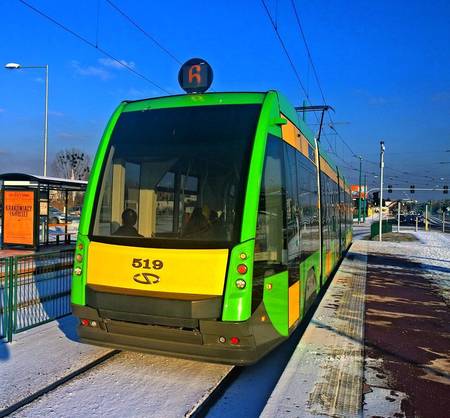 The Poznań Fast Tram currently has 8 kilometers of length and 6 stations - which serve as an extension to the tram network of the city - although public transport managers expect to make adequate extensions in the future.

Being an extension of the tram system operating in Poznan, through the Poznań Fast Tram stops several commercial lines pass, all of which connect with the rest of the network that virtually unites the entire city.

Even though it is a small section, barely 8 kilometers with 6 stations, during peak hours it can move up to 6 thousand people per hour.

The routes that go through the stations of the Poznań Fast Tram section are the following:

In addition to the tram lines that are usually serving at the Poznań Fast Tram stations, users can board bus routes at the stops, able to bring them closer to their destination.

The lines that cross the Poznań Fast Tram section share the same operating hours as the rest of the tram system that circulates in the city.

Thus, the vehicles start running from 6:00 a.m., serving the passengers until 10:00 p.m., time at which the services stop.

From 10:00 p.m. at 1:00 a.m., the night routes, both for trams and buses, circulate in Poznan. Although the service schedule is extremely passenger friendly, it does not work 24 hours a day.

The trains use to serve with a frequency of 5 minutes throughout the day. When peak hours arrive, that time is reduced to only 2.5 - 3 minutes, since the volume of passengers is important - this is because the Poznań Fast Tram section serves the northern districts of the city, which are full of big residential complexes. 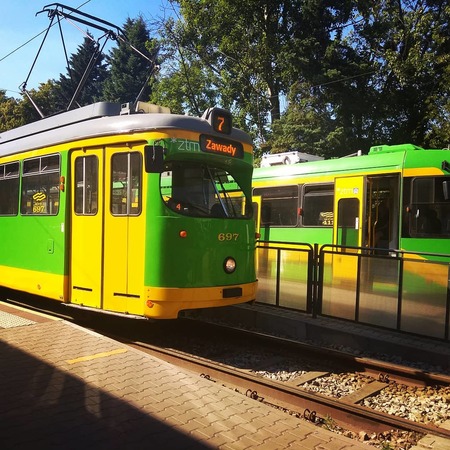 The fare system of the tram network of the city of Poznan and, therefore, the same that is applied to the Poznań Fast Tram section is segmented by zones on which the price to be paid will be determined by, as well as by the travel time.

Tickets can be purchased as a single piece or by obtaining a rechargeable card, called PEKA Card. Both will be detailed below.

You can access season tickets with the PEKA Card rechargeable card. They are valid for the area chosen by the user (A, B or C). When using this card it is necessary to pass it through the reader entering and leaving the vehicle in order to avoid additional fees.

Note: On the tramway system in the city of Poznan’s official website, more combined plans of type A + B, B + C and A + B + C are detailed. 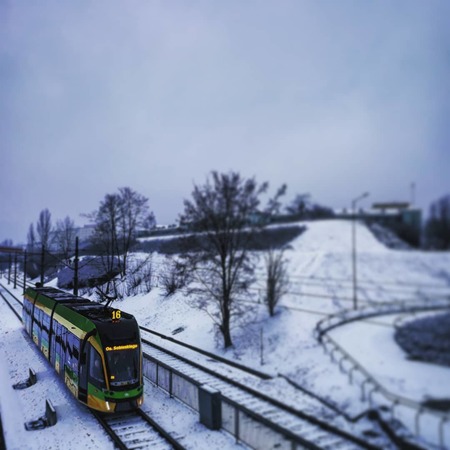 Note: Tickets and rechargeable cards can be purchased at the vending machines of the tram stations and at authorized stands.

Seniors and people with disabilities are eligible to receive a 50% discount. 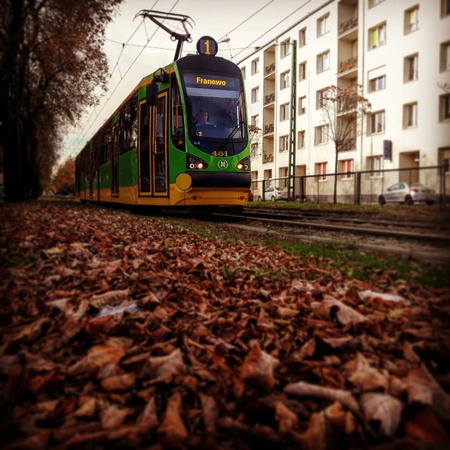 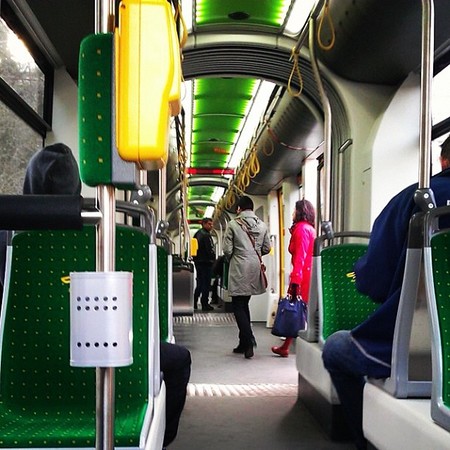 No line of trams from the Poznań Fast Tram access directly to the surroundings of Poznań-Ławica Airport, but you can transfer to a bus line that brings you to your destination.

To do so, you must take a tram line 15 at any of the stops of the circuit. Following that, notice that the vehicle goes to Bałtyk station, there is where you will have to get off .

In the station there is also a bus stop, in which the vehicles of line 148 circulate. This last one is the one that must be approached to move towards the air enclousure. During the tour, the bus will make about 14 stops before arriving to the airport, but even then the tour takes only 20 minutes. The stop is serviced every 15-20 minutes and the trip costs 4.6 PLN (1.22 USD). You can get your ticket when you enter the bus, with the driver or in the vending machines located at the tram stations, since it is the same ticket.

From the airport you have the possibility to take the units of route 148 to get to the city’s center, or to chose some other line that goes to the peripheral areas.

As well, the terminal has its own taxi line, which guarantees a comfortable and safe trip to your destination. Or, if you prefer a little more privacy, the car rental agencies at Poznań-Ławica Airport can provide you the solution you are looking for. In any case, you have several alternatives available.

So far, the only update contemplated is an extension to the north of the city, with the intention of serving the recently enlarged university campuses of Morasko and Umultów. However, the planning of the project has stopped since the university has not reached an agreement the exact path and the stops that will be built. However, the Adam Mickiewicz University of Poznan, which would be the main beneficiary, already takes into account some land through which the expansion of the Poznań Fast Tram would take place.

Poznan offers different spaces for tourists to discover the historical and cultural past treasured by the city.

One of the most emblematic places is the Church of San Estanislao, right in the center. It is a structure of the seventeenth century, built by Jesuits who invested 50 years to complete it.

After the Second World War it has received several restorations to preserve the splendor that has led to being the best built church in Poland. Thousands of tourists visit it every year, some for religious reasons and others just to appreciate its majestic architecture, which keeps precious illustrations inside.

To get there, you can take a tram line 15 or 16, at any of the Poznań Fast Tram stops, and get off at the Wrocławska station, from where you can walk to the religious building.

Also, at the same stop and by taking the vehicles of the same lines, you will find the Croissant Museum and Experience of Poznan. A vibrant center in which the tradition and culture of Poznan merge to enrich the experiences of those who decide to get to know better this wonderful place.

It offers fantastic views to the town’ hall of the city. Also, you can taste the famous croissants of San Martín while feeling integrated with the city's symbolism. The hosts will make you feel at home, always taking care of the best experiences, both culinary and cultural, typical Polish food and enjoying folklore shows. A perfect opportunity to experience Pozman’s roots.