Sydney is a city with a well-developed transportation system. It has a bus line, a suburban railroad line and two metro lines under construction. Very similar to a metro system, the current suburban railroad system, known as Sydney Trains thoroughly connects the city.

Sydney Trains have 178 stations, a railroad length of 815 kilometers (506 miles) and 8 lines. Each line has its own schedule but overall, they operate from 4:00 am to 1:00 am. They run every 3-8 minutes, payment is made via the Opal Card and service is provided to the city’s airport.

Sydney is the most populated and the most well-known city in Australia. Positioned as a metropolis, it is home to over 5 million people, which makes up about 20% of the country’s population.

Sydney is a flourishing city with very high-quality standards of living. It is additionally widely renowned for its reception of foreigners. Among the attractions for them is the search for an excellent education. Likewise, business, tourism, culture and sports, characteristic to Sydney, display it as a vibrant metropolis, filled with things to do.

Although the entrance to this city could pass as that of a major US city, and while it’s true that Australia and the US share very similar cultures, there are various elements that set Australia apart from the North American country. This includes its public transportation.

Sydney has a bus line, a suburban railroad line, and two metro lines under construction, the latter of which will begin to operate in 2019.

However, what actually came to be emphasized is the current suburban railroad line. Operating under the commercial name, Sydney Trains, it thoroughly connects the city, almost at the level of a metro system.

This company begin providing service in 2013, following various scandals with Sydney’s previous commuter train operators. It has a total of 178 stations, 815 kilometers (506 miles) of railroad and 8 lines; the description of a system that connects the entire metropolitan area of an urban conglomerate and its suburbs. 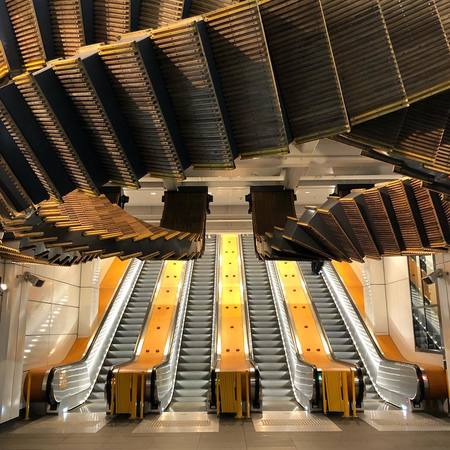 Meanwhile, work on the current Sydney Metro continues to be executed. With 66 kilometers (41 miles) of projected routes, the hope is that it will be finalized in the beginning of 2019.

Still, the present Sydney Trains system will expound on its current characteristics, in view of what can be accomplished in relation to urban transportation demands.

The current Sydney Trains railroad is 815 kilometers (506 miles) and there are 178 stations connecting Sidney’s urban and suburban areas. At the end of 2017, the system transported about 340 million riders, clearly outlining the importance of this service for Sydney residents.

Likewise, it has 8 commercial routes that are entrusted with connecting the city’s surrounding neighborhoods and other neighborhoods with its city center.

The first route on Sydney Trains can be identified on system maps by the color yellow, in addition to the number T1. It serves the city’s northern and western neighborhoods, among which the communities of Blacktown and Perinth, Chatswood, Parramatta, Hornsby and the Central Business District stand out.

As this is not so much a metro system, the railroad lines do not have the exclusivity of being served by just one line and trains travel to many stations.

This line can be identified on system maps by its light blue color and the designation T2. It provides service to the western and southwestern areas of Sydney as well as to the city center. It serves the Central Business sectors in the heart of the city and the neighborhoods of Haymarket, Ashfield, Granville, Parramatta, Warwick Farm and Glenfield, among others.

In total, this line serves 37 stations, many of which are interconnected to other lines on Sydney Trains.

This line is easily identifiable on system maps by its characteristic color orange and the number T3. It serves the suburban area of Canterbury-Bankstown, the Inner West area and the Western Sydney region. 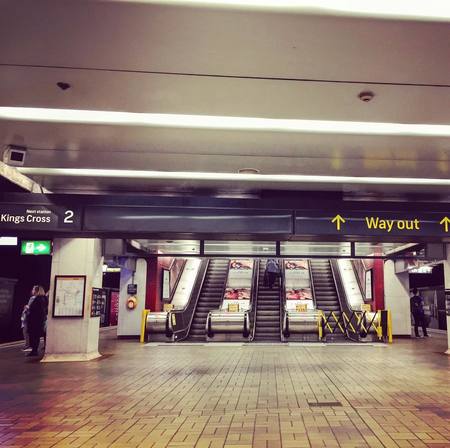 It runs from part of the Central Business district and later passes through the neighborhoods of Sydenham, Dulwich Hill, Bankstown, Berala, Carramar and Liverpool, as well as others. In total, there are 33 stops on this train route, many of which connect with other lines within the system.

This is one of the system’s oldest lines. Its construction dates back to 1880 and it serves Sydney’s eastern and southern suburbs. It is easily identifiable on train maps, characterized by its azure blue color and the number T4.

It has 33 stops with one branching off at Sutherland station, in which some trains divert to neighborhoods such as Kirrawee, Caringbah and Cronulla, in the south of the city; while others likewise branch off, but towards suburbs in the southeast of Sydney; such as Engadine, Heathcote and Waterfall.

This route serves residents in Sydney’s western communities. It is represented on maps by the number T5 and the color magenta. Included among the neighborhoods it serves are Richmond, Mulgrave, Toongabbie, Guildford, Casula, and the bordering communities.

It has 23 stops and each station was constructed with a specific community in mind, creating a circular line that runs through 23 distinct western suburbs of Sydney.

Having just 7 commercial stops and despite its old age, with a railroad route inauguration in 1888, it is the smallest line on the Sydney Trains.

Running north to south through the city, it travels through suburbs such as Rosehill, Camellia, Dundas and Telopea. It is easily identifiable on railway maps, characterized by the color purple and the number T6. This route is so short that a trip from one side to the other only lasts 12 minutes.

This route was exclusively created to connect residents with the Olympic village structures from 2000, when Sydney hosted the Olympic Games. Presently, it is completely unused, with a route of just 7 kilometers (4.3 miles) and only one station destination.

It can be identified on maps by the color gray and the number T7.

This system route is the newest and is responsible for connecting residents of Sydney’s southwestern neighborhoods to the city center. It is quickly recognizable among riders, by the number T8 and the color green.

It has a total of 32 stops with a station dedicated to the airport. It stands out as one of the only routes on the Sydney Trains that reaches the terminal. It also serves the neighborhoods of Beverly Hills, Glenfield, Padstow, and Bexley North as well as the southern area of the city. 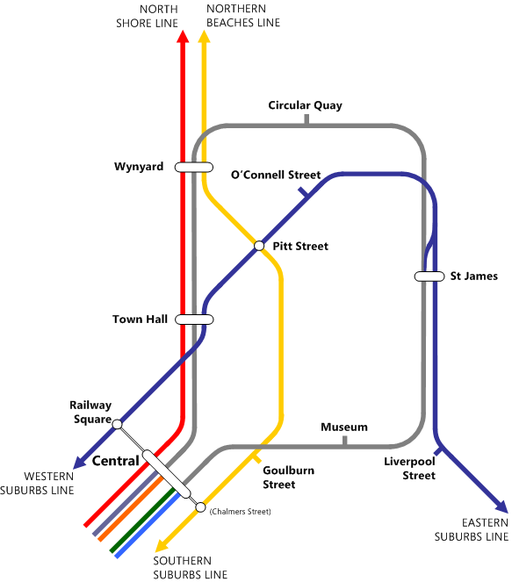 The Sydney Trains stations are extremely interconnected with complementary bus routes, as well as with the various lines that operate on its routes. The above mentioned stations include the following connections: 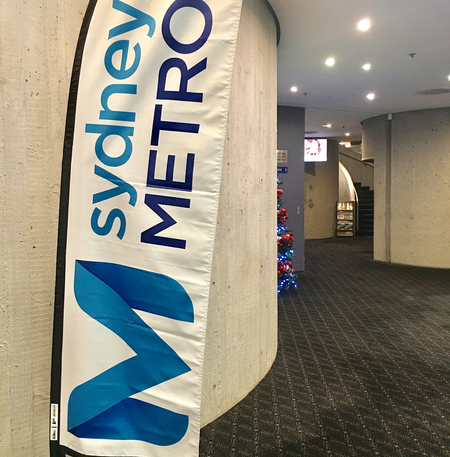 The various schedules for each of the Sydney Trains routes and the number of trains running throughout the day are available on the official web page. Nonetheless, operating hours begin at 4:00 am and typically end at 1:00 am.

Train frequency varies depending on the station hours. Trains service the platforms every 6-8 minutes during normal hours, and it is reduced to just 3-5 minutes during peak hours.

Since 2014, the payment method for the Sydney train system has been a reloadable Opal card. The fee structure is based on the number of kilometers (miles) of a passenger’s trip, more specifically it is a calculation of the distance the rider travels.

Additionally, there are various types of Opal cards, focused on different types of riders. The latest are detailed below.

Adult Opal Card: As the standard payment method, this is the system’s main card. It is geared towards riders over the age of 16 who wish to travel on Sydney Trains. The following is the fee structure.

Child/Youth Opal Card: This option is for children and youth, aged 4-15 – although full time students, aged 16 can also select this card.

Gold Senior/Pensioner Opal Card: This method was especially designed for the elderly, meaning those senior citizens over the age of 65. Pricing is as follows:

Concession Opal Card: This method benefits participants who are a part of the institutions registered under concession programs. The list of programs can be found on the web page opal.com.au. Those benefiting from this option pay the following fares.

Opal single trip tickets: Lastly, are Opal single trip tickets. These traditional tickets can be obtained from ticket machine dispensers found in the system’s stations. Though they can only be used once, the price, similar to the fare cards, is based on the distance the passenger travels. Detailed pricing is below:

The Sydney airport, officially called the Kingsford Smith International Airport, has a metro station in each of its two terminals (national and international), with the purpose of connecting visitors with the city center and the surrounding suburbs.

The Sydney Trains system is extremely advantageous, if wishing to travel to the airport without having to rely on taxi service. To reach the airport, one must take Line 8 (T8) from one of its pick-up points and get off at International Airport Station when taking an international flight. If taking a national flight, remain on the national level until reaching the Domestic Airport Station destination. In either case, the terminal area can be found on the ground level at these stops.

However, there are many different options if the goal is to reach Sidney’s town center after arriving at the airport. There are car rental services, taxi stands, bus routes, and even a limousine rental service. Located right below the airport, the train station is the most economical and efficient option. From there, one can reach the city center as well as the surrounding neighborhoods.

The main project to stand out is the Sydney Metro itself. Although Sydney Trains have the characteristics of a metro system, they are still just a collection of commuter trains. Consequently, the Sydney Metro will begin to function as early as 2019 with the inauguration of Line 1 as one of two planned lines.

According to available information, it will be 66 kilometers (41 miles) with 31 stations. In its first stage it will connect Rouse Hill neighborhood with the suburb of Chatswood and pass through the business district (CBD). An expansion is foreseen as well. It will complement two construction routes that are to be built in 2024.

Sydney is a multifaceted city, among which a mixture of art and trendy styles can be found. One of the most iconic symbols, of any location, is the emblematic Sydney Opera House. It is located just meters from Circular Quay Station which is serviced by the T2, T3, and T8 lines

With its relevance as a World Heritage Site since 2007, this is a must see stop for those visiting the city. Visitors can enjoy musical performances, ballet, symphonic concerts, operas, and plays; in addition to the New Year’s Eve celebrations. The lights and fireworks fuse with the structure, giving it the appearance of a portrait beyond compare.

A few meters from this famous opera house is the equally well-known Sydney Harbour Bridge which can also be reached from Circular Quay Station. The structure merits a visit for its architecture, history and significance to the city. At night, the lights that caress the structure make it a memorable image that is well worth a social media post or just treasuring it among the memories of an unforgettable trip. Map via www.sydneytrains.info
See map full resolution. It may take a little bit to load.